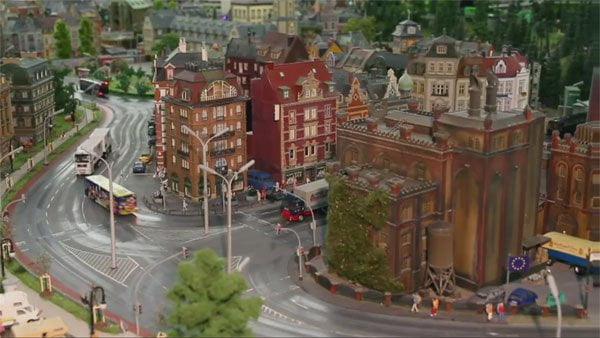 The world may be huge, but there’s at least one place you can get lost in a miniature expanse where you tower over the landscape, rather than the other way around.

Located in Hamburg, Germany, the miniaturized world, called Miniatur Wunderland, is way more than just a few model trains running around on tracks. Taking up 12,378 square feet, the attraction puts life into small scale, with boats, trains, cars, and even planes all zooming around to recreate life in major cities, towns, and villages across the globe.

The project is a major attraction in Hamburg, and it draws in throngs of travellers every year. Watch the video below to see what makes people want to explore this funny little world that’s been squeezed down to Lilliputian levels.