For many years, the Sutton Place Hotel was one of Toronto’s hottest properties, hosting a multitude of stars, celebrities, and special events. Personally, I can’t even guess how many hours I spent in the hotel for the annual Toronto International Film Festival, which held their press conferences on the second floor and essentially took over the building for two weeks.

Unfortunately, all good things must come to an end, it seems, and on June 15, 2012, the hotel has announced that it will close its doors after 45 years as the property is scheduled to be converted and expanded into an upscale condominium, which is incidentally the same fate to fall on the famed Bistro 990 restaurant across the street from the Sutton.

For those still hoping to experience the glamour of the still spectacular hotel, which has earned CAA’s Four Diamond Award for the past twelve years, you can book one last stay for some deeply-discounted rates.

For the last few weeks prior to closing, the Sutton is offering a rate of $126 per night on their basic rooms, and overall most of their nightly rates have been discounted by 40%, including some of the suites. Book online at www.toronto.suttonplace.com.

Update: Many thanks to the Sutton Place Hotel Toronto for providing me with the vintage photos of the hotel. 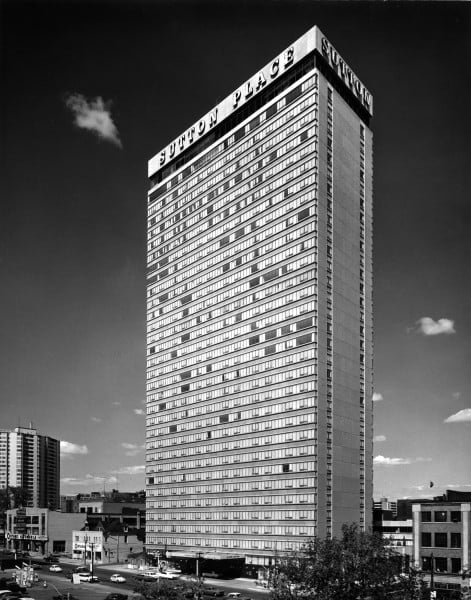