Hamilton watches and the luxury world of the spy 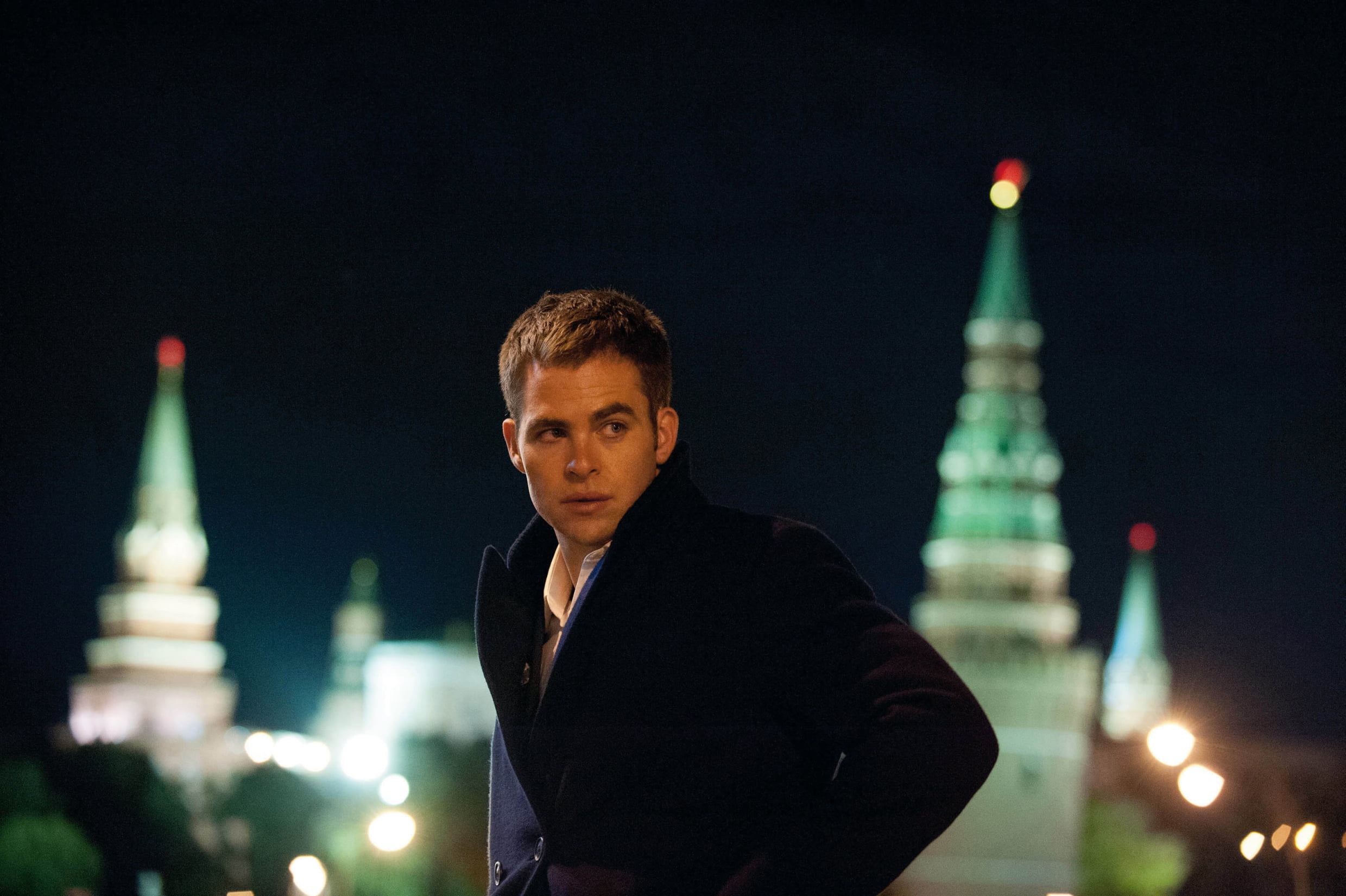 If I had to live any fiction from the movies, it’s hard to beat the lives of big screen secret agents. Between the fine clothes, the fantastic lifestyles, and the ice cold attitudes, it looks like a pretty fantastic career, even if people are trying to constantly kill you and destroy civilization as we know it.

Take a look at nearly any spy from film–even Austin Powers and Johnny English–and they seem to have the whole world figured out. While I don’t think I’ll ever have the killer instincts or attitude that the job seems to call for, I’d like to think I could one day dress the part at the very least.

For now, I may skip wearing suits everywhere and try for the accessories of the secret agent–at least to start with–which brings me to a little praise for Hamilton watches and their slick appearance in Jack Ryan: Shadow Recruit.

The film opens in theatres today, and if you look carefully, you’ll see that actor Chris Pine, playing Jack Ryan on screen, is sporting the Khaki Field Titanium watch from Hamilton. Even William Harper, played by Kevin Costner, gets in on the stylish accessories with the Hamilton Khaki Flight Timer, also from Hamilton.

Of course, style comes with a price tag of just over $1000 for the Khaki Field Titanium watch, and just over $1400 for the Hamilton Khaki Flight Timer, but they’re dashing watches that are made to look good, while still being durable, smartly styled accessories. Considering the cost of many high-end watches, the prices aren’t even all that much, actually, for a watch that should last a few decades.

Aside from the style though, what I love is that we see a lot of brand placements in movies, but rarely is it something fashionable for men. I’ve seen lots of computers, cars, and a whole lot of food and especially liquor, but very little of that product placement is very well done, and most of it doesn’t make me want to go out and buy anything.

While I have no clue if the new Jack Ryan film will be any good, I can’t deny that the marketing tie-in actually makes me want a Hamilton watch. The two watches are simple and sleek, and they seem to have “spy” written all over them.

If you keep an eye out though, you might be surprised to notice that Hamilton has been cleverly teaming up with a lot of movies over the years to promote their brand. All three Men In Black films feature Hamilton watches, including the Ventura, Digital Pulsar, and the Ventura Chrono. George Clooney wore a Linwood Viewmatic in Ocean’s Eleven. Another spy film, Get Smart, features Steve Carrell wearing the Multi Touch watch, and even a few cops have gotten in on the action, including Bruce Willis, who wore the Khaki ETO, Jazzmaster Viewmatic, and the Khaki X-Patrol in the last two Die Hard films.

Hamilton watches have appeared in dozens and dozens of films, and it’s one of the rare product placements I might not actually mind.

In all honesty, Hamilton sent me a package this week with a lot of information on their watches, and history, plus a voucher to go check out Jack Ryan in theatres, and I really want to thank them for that. The whole kit certainly made me want to talk about their work, and their history with guys in film, but frankly, the watches also speak for themselves, and that’s enough to make me want to wear one. 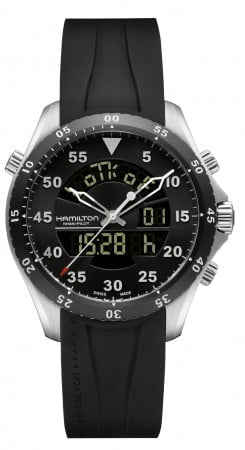 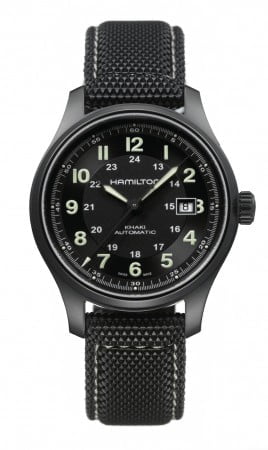