2009: Year of the crappy summer blockbusters 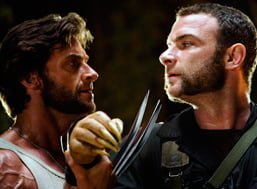 The year is well over half-way through and I think it’s safe to say that this is the worst year for summer blockbusters in recent memory. I can’t actually remember the last time I was so disappointed by every major popcorn film that I had been anxiously awaiting.

In 2007, we had an epic number of hits, with Ocean’s 13, Live Free or Die Hard, Harry Potter and the Order Of The Phoenix, Transformers, and The Bourne Ultimatum.

Over the last seven or eight summers I can pretty much name at least five movies that killed at the box office, and were actually worth seeing. This year though, I’m having a hard time naming even three.

Star Trek certainly took the cake for the year, as one of the few action films that blew people’s minds, and reminded us how good a straightforward action movie could be. Pixar’s Up, while not really a “blockbuster” type film, was a total smash hit.

And beyond that, I’m drawing a blank.

Ever since X-Men Origins: Wolverine stunk up the cinemas, I’ve had a hard time even going to the movies I’ve been dying for, because few have lived up to even half of the expectation.

Angels And Demons, Terminator Salvation, Transformers: Revenge of the Fallen, and even Harry Potter And The Half Blood Prince all failed to wow me like their predecessors.

And maybe that’s part of the problem. When every single big blockbuster of the year is a sequel, I feel like we’re headed for disaster.

Harry Potter And The Half Blood Prince was the closest thing to a decent movie, and it’s still not even close for me. I don’t even want to talk about the crapfest that was Revenge of the Fallen. It certainly looked great, but it might have been the worst story and execution possible.

The worst part is that it’s not like many of these films even tanked that badly. The biggest bomb of the year seems to be Will Ferrell’s Land of the Lost, which was one of the few disasters to actually suffer at the box office.

Going into August means that G.I. Joe: Rise of Cobra will either follow suite and put the final nail in the summer coffin, or will prove itself as one of the few worthy popcorn films of the year. (I’m betting on the first one, for the record.)

All I can hope for is that the lineup of cool titles coming this fall and winter will somehow make up for this disaster of a summer at the movies.

Here’s crossing my fingers for 9, Zombieland, 2012, and of course, Avatar.