Toronto Fringe 08: ‘Opera on the Rocks’, ‘Wonderbar!’ & ‘Singing at the Edge of the World’ 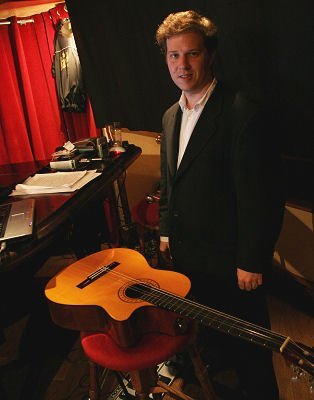 The latest reviews from the 2008 Toronto Fringe Festival, which also marks the event’s 20th anniversary. Reviews include: Opera on the Rocks, Wonderbar!, and Singing at the Edge of the World.

Opera on the Rocks
Rated: 9 out of 10
Venue: Pauper’s Pub

If you’re not an opera fan, don’t let the title scare you away. This hilarious production finds the everyday melodrama in modern life and distills it into several vignettes (including a memorable one about dating a Leafs fan) for a performance that never takes itself too seriously. The result is a hybrid: think Don Giovanni trolls Lavalife, or Puccini goes to karaoke night. The talented librettists (Leanna Brodie, Dave Carley, Lisa Codrington, Krista Dalby) offer snappy lines like “the air was cold as hockey,” and “did you bring protection lest your pucks refuse to stop?” (from the female love interest on the brink of passion) in the musical sketches that crackle with originality.

The four performers have solid operatic academic credentials and stage experience, and it shows. Neil Aronoff‘s rich baritone lends a note of pathos to the tortured sports fan, and tenor Keith Klassen does a realistic leering drunk while piercing the air with his high notes. The women – Neema Bickersteth and Jessica Lloyd – are also delightful actresses as well as spot-on sopranos. Finally, it’s in a comfortable pub setting – I happened to sit at the bar, and the production unfolded all around me – and you can sip beer throughout.

This solo show recounts the story of a single woman who falls in with a charming con man and is left stranded, broke, and worse, taking the rap for the fraud. The tale is believable enough, and oft-told in women’s magazines. Writer and performer Celeste Sansregret is a capable performer, and I’d like to see her act in something else.

Unfortunately, Wonderbar! was wondernot, a flawed solo debut that probably comes across better on paper. On stage, the character of Katrina is unsympathetic, a shrill, strident woman whose clipped delivery in a faux German accent grates right from the beginning. “Canada vas nossing like Disneyland,” she intones. Her resentful attitude, whether she’s discussing life rich women or life in a Marseilles jail, never lets up. I’m not sure what she was aiming for (certainly not comedy), but whatever it was, the result was teeth-grindingly long (90 minutes) and lacked any suitable props or stage direction.

Singing at the Edge of the World
Rated: 8 out of 10
Venue: George Ignatieff

A sweet, sweet serenade from a master storyteller, Singing at the Edge of the World is an ode to the life of a youthful performer faced with harsh challenges and everyday heartache. The twist to this polished autobiographical sketch is that the writer/performer Randy Rutherford has suffered progressive and severe hearing loss, a cruel irony for a musician, which kept him off the stage for years until he returned in the 1990s to do stand-up comedy and craft his memorable one-man shows. Accompanying himself on the guitar, Rutherford deftly creates a believable cast of characters (including a raven) in this poignant, and at times light-hearted, memoir. If you love Gordon Lightfoot and have ever spent time in a small town, if you are young or remember what it was like to be young, go and see this. Clapping didn’t seem like enough acknowledgment at the end, but at least he could see our hands.

More capsule reviews to come. Visit www.fringetoronto.com for more information on the festival and events.