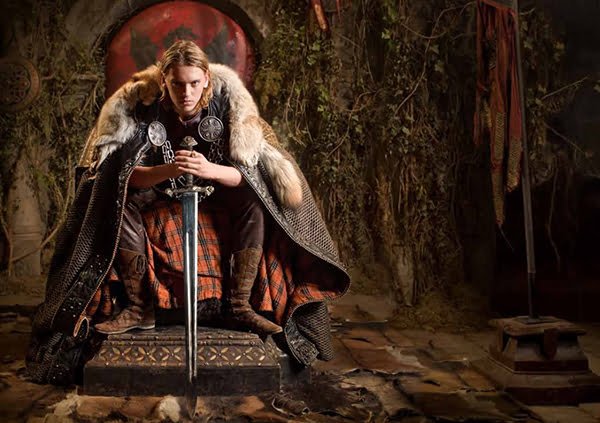 On Tuesday, November 15, Camelot, the complete series, arrives uncut on DVD and Blu-ray, and The GATE is giving away two copies for fans of the unique series.

Synopsis: In the wake of King Uther’s sudden death, the sorcerer Merlin has visions of a dark future and installs the young and impetuous Arthur, Uther’s unknown son and heir. But Arthur’s half sister Morgan will fight him to the bitter end to claim the crown. Faced with the challenge of uniting a kingdom broken by war and steeped in deception, Arthur will be tested beyond imagination. Forget everything you think you know… this is the story of Camelot as has never been told before.

Bonus features on both the DVD and Blu-ray include promo reels, alternate trailers, character breakdowns, behind the scenes, and bloopers, and the packages retail for $74.99.

This giveaway is open to residents of Canada, where local laws permit, who are over the age of 18. Contest closes on Wednesday, November 16, 2011 at 11:59 AM. Chance of winning depends on total number of entries.