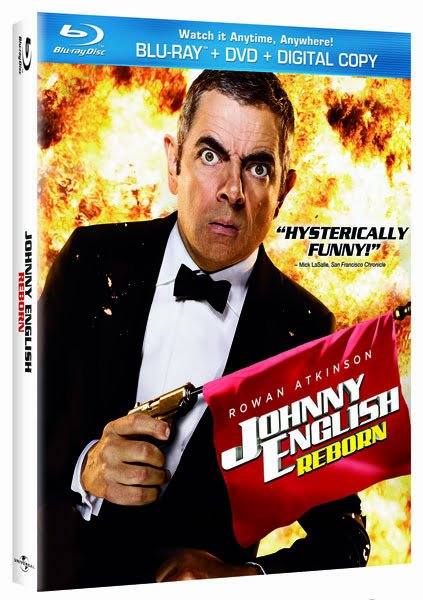 The GATE and Universal Studios Home Entertainment are giving you a chance to win one of five copies of the comedy Johnny English Reborn starring Rowan Atkinson as the bumbling but oddly effective secret agent who once more finds himself saving the day.

Out on Blu-ray and DVD on February 28, 2012, the film also stars Gillian Anderson, Rosamund Pike, and Dominic West.

Synopsis: In the years since MI-7’s top spy vanished off the grid, he has been honing his unique skills in a remote region of Asia. But when his agency superiors learn of an attempt against the Chinese premier’s life, they must hunt down the highly unorthodox agent. Now that the world needs him once again, Johnny English (Rowan Atkinson) is back in action.

With one shot at redemption, he must employ the latest in hi-tech gadgets to unravel a web of conspiracy that runs throughout the KGB, CIA and even MI-7. With mere days until a heads of state conference, one man must use every trick in his playbook to protect us all. For Johnny English, disaster may be an option, but failure never is.

Details: This giveaway is open to residents of Canada, where local laws permit, who are over the age of 18. Contest closes on Wednesday, March 7, 2012 at 11:59 AM. Chance of winning depends on total number of entries.