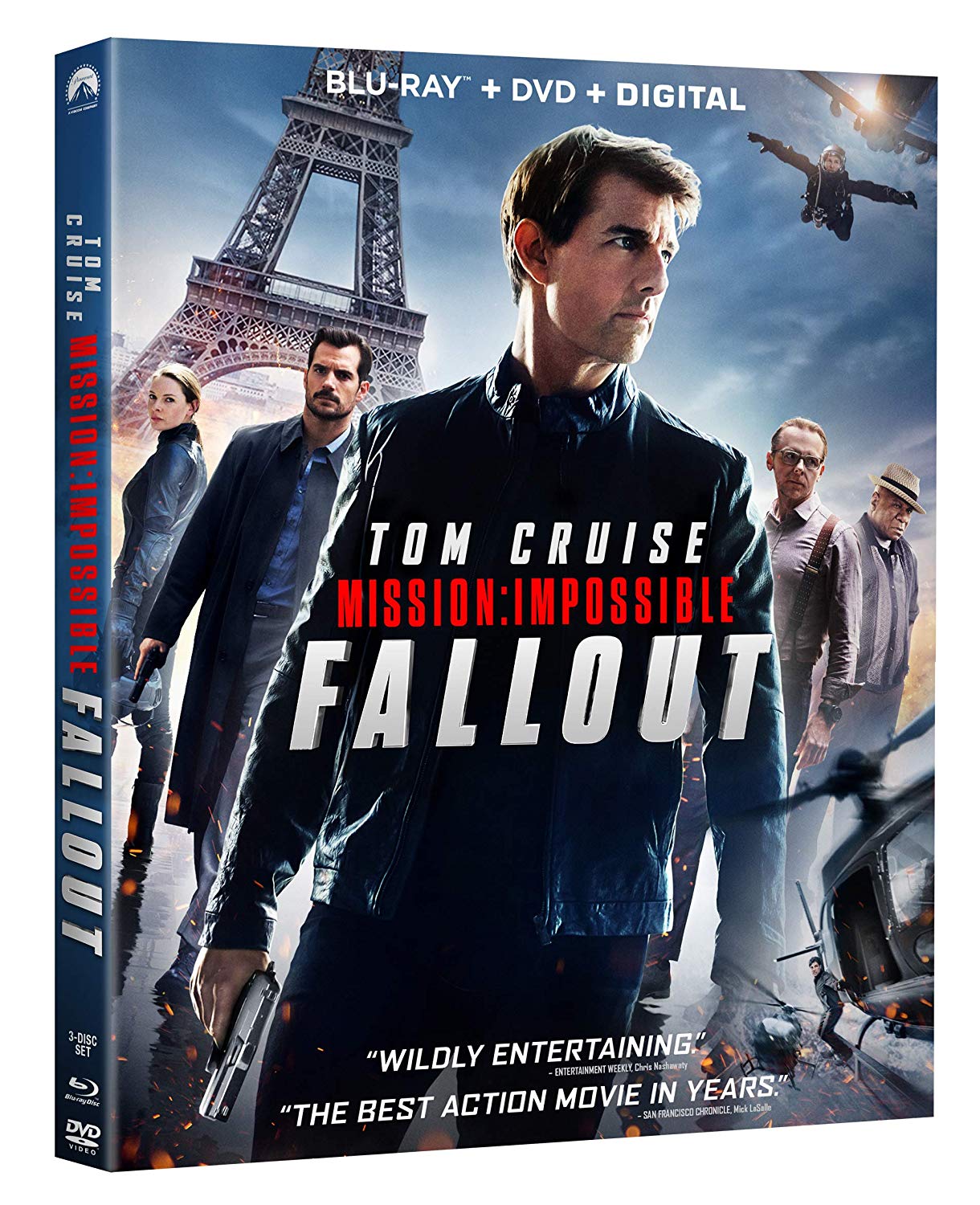 The stunts are bigger, and the story is the best yet in Mission: Impossible – Fallout, which arrives on Blu-ray December 4, and you could win a copy right here.

In Mission: Impossible – Fallout, Ethan Hunt (Tom Cruise) is on a dangerous assignment to recover stolen plutonium and chooses to save his team over completing the mission, allowing nuclear weapons to fall into the hands of a deadly network of highly-skilled operatives intent on destroying civilization. Now, with the world at risk, Ethan and his IMF team (Simon Pegg, Ving Rhames, Rebecca Ferguson) are forced to become reluctant partners with a hard-hitting CIA agent (Henry Cavill) as they race against time to stop the nuclear fallout. There’s never been a threat more destructive or stunts so jaw-dropping.

Giveaway Details: The GATE’s Mission: Impossible – Fallout giveaway is open to residents of Canada who are over the age of 18. Contest closes on December 9, 2018 at noon (ET). The chance of winning depends on total number of entries. Each prize is valued at approximately $26. The prize cannot be exchanged for cash or any other form of credit and the prize may not be exactly as shown. The GATE reserves the right to make substitute the prize for another of equal or greater value.

My husband is a huge Mission: Impossible fan! I’d love to surprise him with a copy of Fallout under the tree ?Thank you for #GATEGiftGuides #giveaway #TheGate ? Happy Holidays ? #TheGateMagazine