Win a pass to ‘Weirdsville’ in Toronto or Halifax 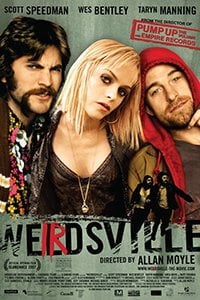 The GATE is giving you a chance to win 1 of 25 double passes for advance screenings of director Allan Moyle‘s latest film: Weirdsville, starring Scott Speedman, Wes Bentley, and Taryn Manning. We’ve got tickets to the screening in Toronto on Thursday, October 4 and a screening in Halifax on Wednesday, October 10.

ABOUT THE MOVIE:
When stoners Dexter (Speedman) and Royce (Bentley) mistakenly assume their friend Matilda (Manning) has overdosed, they can’t call the cops because she has OD’d on stolen drugs. Instead, they decide to bury her body themselves â€“ in the boiler room at a deserted drive-in theatre. The good news is she’s not dead. The bad news is the theatre isn’t exactly deserted. Matilda wakes up just in time to interrupt a satanic cult performing their first human sacrifice. Dexter and Royce find themselves on the run from the Satanists, the drug dealer from whom they stole the stash, and a gang of angry little people armed with medieval artillery â€“ all while trying to pull off a heist of their own.

Check out the official website at www.weirdsville-the-movie.com. Weirdsville opens in Toronto, Vancouver, Calgary, and Halifax on October 12.

You must be at least 18 years old to enter. Winners will be selected by a random draw and will receive their pass by mail. 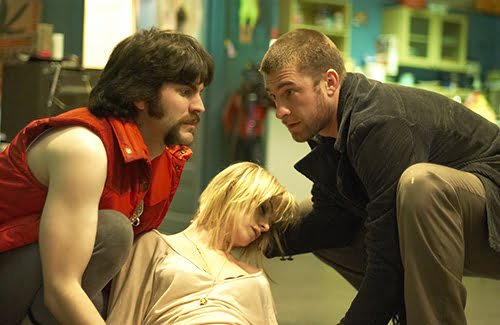