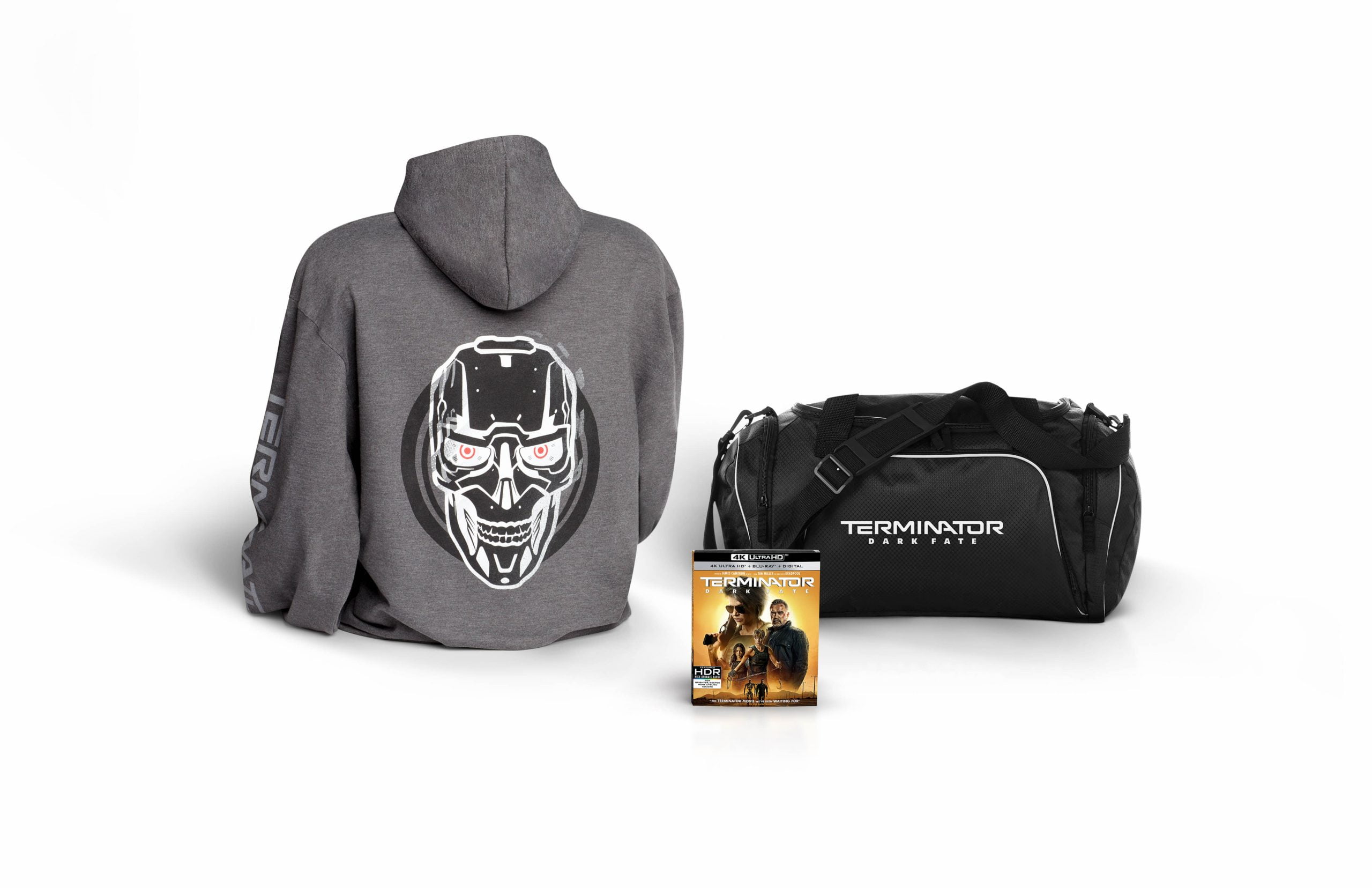 Welcome to the day after Judgement Day. Terminator: Dark Fate arrived on Blu-ray and DVD today, and we’re giving away a very special prize pack that’s sure to help you feel like a hero.

The Terminator: Dark Fate Blu-ray prize pack includes a copy of the film, a hoodie, and a duffle bag. Plus, two other winners will get a copy of the Blu-ray.

Starring Linda Hamilton and Arnold Schwarzenegger, with Mackenzie Davis, the film has a new terminator sent back in time to kill a new target: Dani, played by Natalia Reyes.

While Grace, a super soldier from the future and played by Davis, will try to protect Dani, and change her own future, the two also get help along the way thanks to Sarah Connor, and even the original Terminator himself.

Directed by Tim Miller, the director of Deadpool, and produced by the one and only James Cameron, the Blu-ray includes lots of extras, like deleted and extended scenes, behind-the-scenes special featurettes, and a look at the visual effects.

Giveaway Details & Conditions: The GATE’s Terminator: Dark Fate Blu-ray prize pack giveaway is open to residents of Canada who are over the age of 16. The contest closes on Tuesday, February 4, 2020 at noon (ET). The chance of winning depends on total number of entries. The prize is valued at approximately $85, and cannot be exchanged for cash or any other form of credit. The prize may not be exactly as shown. The GATE reserves the right to substitute the prize for another of equal or greater value.

I’d love to win. Thanks for the chance