Mad George: George Miller and the Creation of ‘Mad Max’ 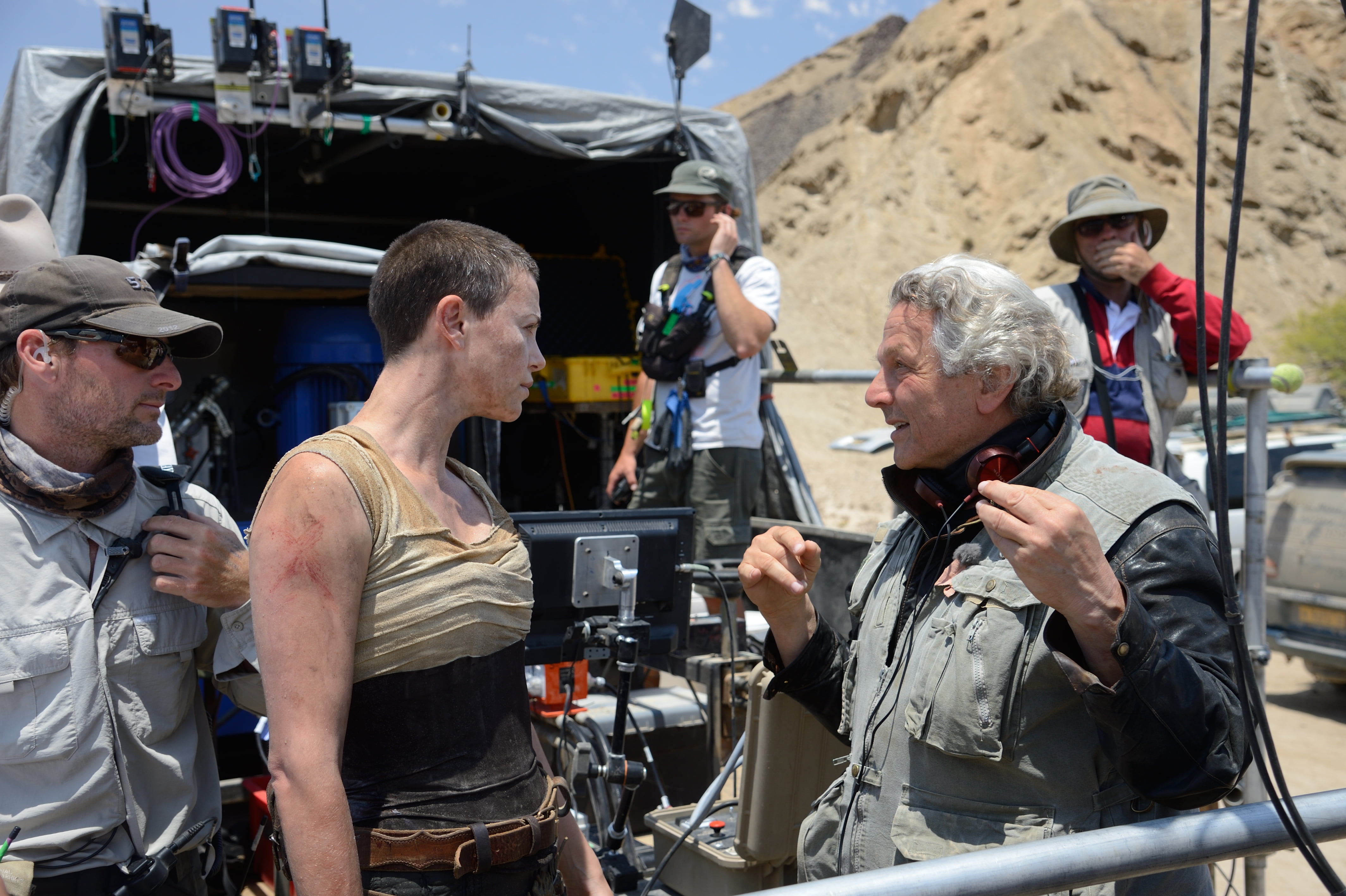 Often when I am interviewing a filmmaker who made a film or films that I greatly admired but wasn’t necessarily there to interview them about, I would wait until the formal interview was nearly over and then I would launch into a barrage of enthusiastically posed questions about the films I admired. Such was true of times spent with Francis Coppola, with Arthur Penn, Warren Beatty, and George Miller.

I remember seeing a double bill one Sunday afternoon in an old theatre in Oshawa, Ontario when I was a teenager–it was Mad Max and Mad Max 2 (which was re-named Mad Max 2: The Road Warrior when Warner Bros. secured the North American rights)–and being just blown away by both of them, but Road Warrior in particular. So all those years later when I had the opportunity to meet George Miller to interview him I had a rather lengthy retinue of Max-related questions to ask.

George Miller is an exceedingly friendly guy, very smart and obviously enormously imaginative. Before he became a filmmaker he was a medical doctor. He had sat in on a filmmaking course for fun and had a deep-seeded desire to be a filmmaker himself based on that course. Miller told me he came up with the Mad Max idea, wrote it out, and with the help of his friend and producing partner Byron Kennedy, raised the money to make the movie themselves. Miller raised part of the money by working overtime shifts as an emergency room doctor.

When it came time to cast the role of Max, Miller wanted someone who looked tough while not being without humanity and tenderness so his loss could be felt more deeply by the audience. A young acting student named Mel Gibson booked an audition, but on his way to meet Miller and Kennedy he was mugged and beaten up. Not wanting to miss his chance to audition he proceeded anyway and would try to explain what happened when he got there.

George Miller said, “Mel came in all bloodied and roughed up and I thought immediately that this was our Max, he went through the trouble of dressing for the part.” Mel never needed to explain his appearance and still got the role.

Mad Max turned out to be an enormous hit and for a long time it was one of the highest grossing indie movies ever but that success was built slowly and came from all over the world, except for North America.

A distributor of largely exploitation films, American International Pictures, saw how big the movie and bought the North American rights to it… but decided to dub all the actors voices using American actors since they felt the North American audience would be put off by the Australian accents. Mad Max did okay here–okay enough to gain the attention of Warner Bros.

George Miller and Byron Kennedy were already well underway with plans to make Mad Max 2 when Warner Bros. approached them about securing the North American rights. The sum they were being offered was big enough that they could practically finance the whole film with it, so they agreed to the deal. Warner Bros. had one stipulation though; they wanted to change the title for the North American release as they didn’t think enough people knew what Mad Max was.

George Miller said, “I was perfectly alright with that. It made sense and I quite liked the title ‘The Road Warrior.; The earlier decision to dub the actors voices was bloody stupid so I was very happy when Warner Bros. said they were not going to do that too.”

The Road Warrior was a massive hit and made an international star of Mel Gibson. It also put George Miller on the Hollywood radar in a big way. But it was also bittersweet. Before Road Warrior was released internationally, Miller’s producing partner Byron Kennedy was killed in a helicopter crash. To this day, including Mad Max: Fury Road, all Miller’s films begin with the credit–A Kennedy/Miller Film.

Miller would make his Hollywood directorial debut with the controversial film The Twilight Zone in which he directed the fourth and by far the best segment. Then Warner Bros. came to him with an offer to do a third Mad Max movie, this time done more as a Hollywood movie.

Miller said, “I wanted to make another Max film, but I rushed into this one [Beyond Thunderdome], and made a few too many compromises.”

Mad Max Beyond Thunderdome was shot in Australia, as were the previous two, but Miller cast Tina Turner in the film as a female lead and to do a few songs for the soundtrack. The songs are catchy but they don’t fit with Miller’s deeply imaginative and eccentric vision. Even Mel Gibson referred to the film as “a piece of shit” when speaking to People magazine while making Beyond Thunderdome.

Miller said, “When it [Beyond Thunderdome] didn’t turn out the way we hoped I immediately started planning another one that would make up for it.”

At this time, which would be nine or ten years ago, Fury Road was already around in script form and being slowly developed. I had managed to get my hands on an early draft of the screenplay from someone I knew in Los Angeles (when I mentioned to Miller I had read his Fury Road screenplay I got a frown and a, “oh, really?” from him). It was always Miller’s intention to take Fury Road back to the traditions and looks and feels of The Road Warrior, side-stepping Thunderdome altogether in the chronology.

Mel Gibson wanted to play Max again and committed to Miller but the film kept falling apart, then it would be restarted only to fall apart again.

“Fury Road will come together one day, of that I am certain,” Miller said, “but the problem is with each passing year films like this are getting very much more expensive to make all the time.”

Thankfully George Miller kept at it, and the 2015 Mad Max: Fury Road is an unqualified action movie masterpiece, and true to Miller’s words of a decade ago it features many references great and small to The Road Warrior. It took Miller 17 years to get this film made his way, and that reminded me of something he told me all those years ago: “We ran out of money at the end of shooting Mad Max but I had to finish it. We ended up editing the film on my kitchen table using old hand cranked equipment.” But he got it done.