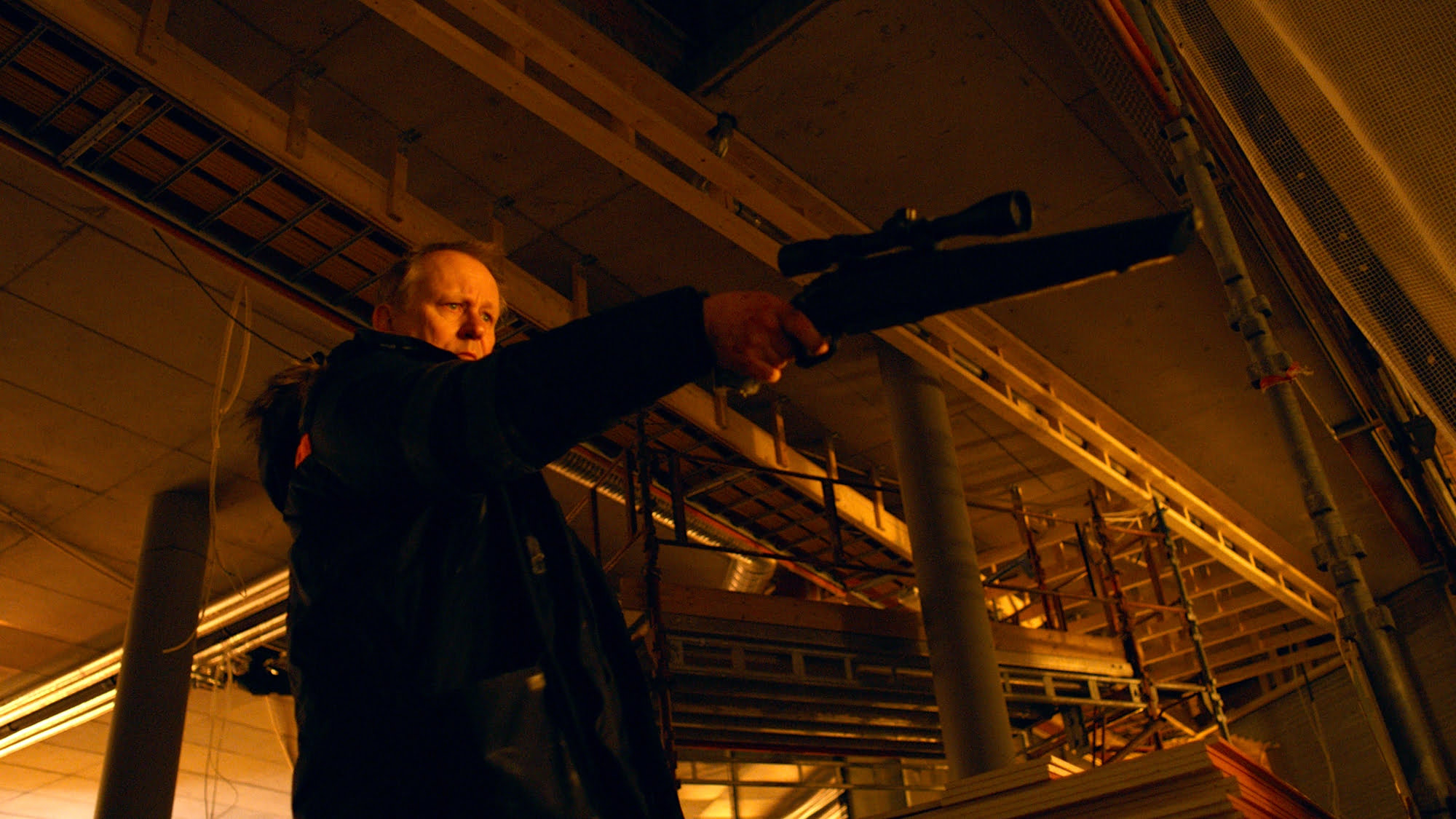 Those who love the mid-to-late 90s output of Sam Raimi, Quentin Tarantino, and the Coen brothers will find a lot to love in the complicated, slyly farcical Norwegian thriller In Order of Disappearance.

Filmmaker Hans Petter Moland and screenwriter Kim Fupz Aakeson turn a simple story of bloody revenge into a morass that grows quickly and purposefully out of control. About an hour into the film, I honestly forgot what started the whole thing. Starting with a desperately serious tone that one thinks will set the pace for things to come, In Order of Disappearance grows exponentially wilder and becomes a lot more fun as a result. It’s easy to see why this import has been tapped for a potential American remake with Liam Neeson attached, but here’s hoping any rebooting retains Moland and Aakeson’s grand complexity.

Stellan Skarsgård stars as Nils Dickman, an everyman from the mountainside Norwegian hamlet of Tyos. He’s an immigrant snow plow driver so well liked within the community that he recently won the town’s Citizen of the Year award. Nils’ quiet and uncomplicated life is ripped apart when his airport worker son (Aron Eskeland) is mistakenly kidnapped, drugged, and left for dead following a drug deal gone sour. The police have no desire to investigate the death of Nils’s son, chalking it up to a drug overdose. Upon learning that his son had nothing to do with drugs or the gangland hit that was to take place at the airport, Nils taps into a secret violent past and begins carving a path of bloody revenge all the way up the Norwegian mafia food chain to get to The Count (Pål Sverre Hagen), a preening, vegan family man who’s hated by his ex-wife and extremely well protected.

That would be enough to sustain one revenge thriller, but Moland and Aakeson aren’t content with telling a standard tale of vengeance. When The Count starts noticing many of his lieutenants going missing, he doesn’t assume it’s the result of one man out for revenge. He thinks it’s an act of aggression perpetrated by the elderly leader of the Serbian mob (Bruno Ganz), and a turf war ensues when The Count orders a hit on the son of his chief rival. Things were messy before that, but that’s when things go from bad to worse to completely unfixable. 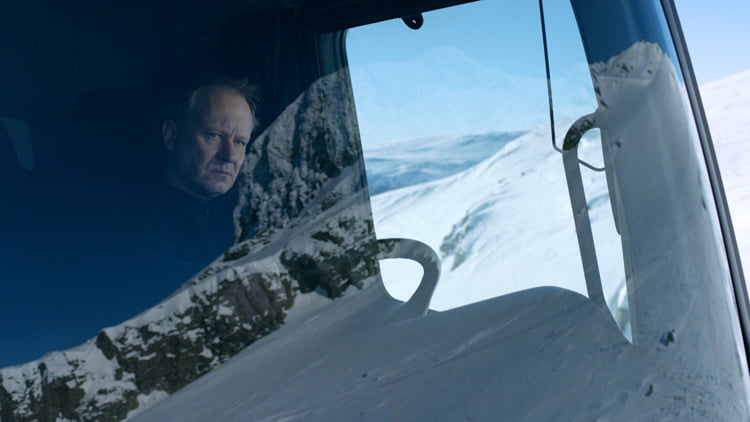 Thankfully the film around all this chaos works rather well. I’m not even scratching the surface of the plot with those two paragraphs. There’s a bit about a pair of gay bodyguards trying not to piss off their boss by having their relationship come to light. There’s a lengthy aside where Nils goes to his estranged brother (Peter Andersson) in an effort to secure a hitman known as The Chinaman, who’s actually Japanese. Just when one thinks In Order of Disappearance has had enough, Moland and Aakeson keep piling on sometimes hilariously ludicrous complications.

Aakeson’s script is linear but fits together like a grand puzzle, while Moland’s tight direction keeps the pace from bogging down too much under the weight of so much plot and so many characters. The action escalates so incrementally that before long it seamlessly becomes an ensemble film. To say that In Order of Disappearance is layered would be an understatement, and Aakeson’s subtly witty approach makes it all worth it.

Moland vividly and lovingly lenses every sawed-off-shotgun blast, bloody punch, and steadily mounting snow drift (the film’s ultimate metaphor for an unwinnable situation) with a minimal amount of style, but a maximum amount of impact. What could have easily become an over-the-top use of style and excess (which would suit the film perfectly in other hands) remains somewhat realistically grounded even when the material is at its most comedic. It could all be played for the biggest amount of laughs, but Moland’s subtle underling of the script’s sillier elements makes the film something special.

Naturally, such a subtle take on such grand material requires a deft cast of actors, and the production really lucks out in this regard.  Skarsgård uses his imposing figure and taciturn manner to create “a man of certain skills,” but also a sympathetic one. It’s not immediately apparent that Nils doesn’t fully know what he’s doing, but Skarsgård imbues the character with a true sense of confidence that makes the viewer believe that he’ll be successful. Reliable veteran actor Ganz goes a little over the top in his role as a mob heavy, but it’s nothing compared to the gonzo gusto that Hagen brings to The Count. Stealing every scene that he’s in, Hagen consistently entertains and gets the film’s biggest laughs.

While it does run a bit long and turns dry in a few spots, In Order of Disappearance is a pleasant late summer surprise, and worth checking out before the Americans find a way to remake it and suddenly everyone will either love or hate the original.

In Order of Disappearance opens in Toronto, Ottawa, Calgary, and Vancouver on Friday, August 26, 2016. You can also catch it on iTunes and On Demand starting Friday, September 9.

Check out the trailer for In Order of Disappearance: