Review: ‘A Tale of Love and Darkness,’ directed by and starring Natalie Portman 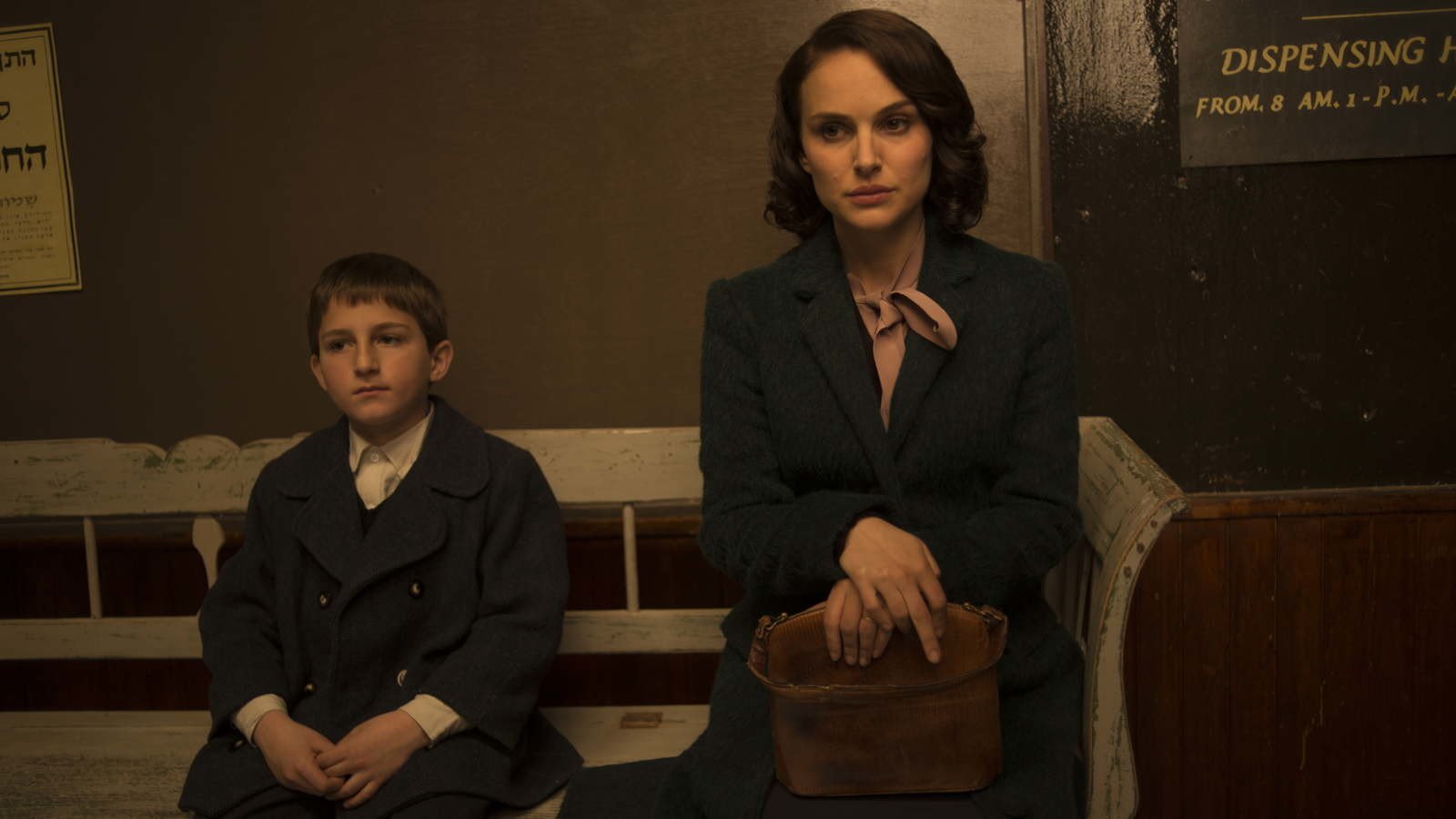 A Tale of Love and Darkness, the directorial debut of Oscar winning actor Natalie Portman and adapted from the memoirs of notable Israeli novelist and essayist Amos Oz, is an ambitious step towards feature filmmaking for the actress, but also a work that’s often at odds with itself.

Beginning in Jerusalem in 1945 under the British-Israeli mandate, A Tale of Love and Darkness finds Amos Oz (here played as a child by Amir Tessler, although Oz does appear in the film) growing up not only amid growing tensions between Jews and the local Arab population, but also while paying witness to the growing depression of his mother, Fania (Portman, speaking fluent Hebrew). In many ways, it’s a reflection on how Oz was influenced in equal parts by his surroundings, his academic writing father (Gilad Kahana), and the passion for storytelling and empathy that he learned from his mother.

Portman’s connection to the material feels genuine and strong throughout, but she might be too faithful to Oz’s words to settle on any single trope or subtext to follow through on, leaving A Tale of Love and Darkness feeling equally scholarly and confused. Portman, who also wrote, can certainly frame a shot and has a keen understanding of pacing and escalation, but Portman the Director often feels at war with Portman the Performer and Portman the Screenwriter and Literary Critic.

For the first third or so, it isn’t clear what Portman wants to serve as the backbone to the film, which is an admittedly difficult task when trying to make something cinematic out of something as inherently uncinematic as someone’s memoirs, no matter who’s writing them. Portman in her capacity as a writer and director can’t decide if she wants to focus primarily on the relationship between the family members, conveying a picture of Israel in upheaval, or showing how a young man learns about moral ambiguities during one of the region’s darkest periods.

Every scene early on looks great with Portman showing she’s capable of capturing evocative images in the close ups of people’s faces and seemingly mundane and stock visuals as a house on fire or soup being prepared. She certainly has a talent behind the camera, but the screenplay she provides for herself doesn’t mesh well with the visual style being employed. These two things have to work hand-in-hand in order for any film to gel, and it seems surprising early on that Portman served as both the director and writer, since she’s much more confident with the former than the latter. It feels like the work of two different sets of hands. A lot of that could be the reverence showed towards Oz’s life, but mostly it seems like a first timer with good instincts trying to work out some novice kinks. 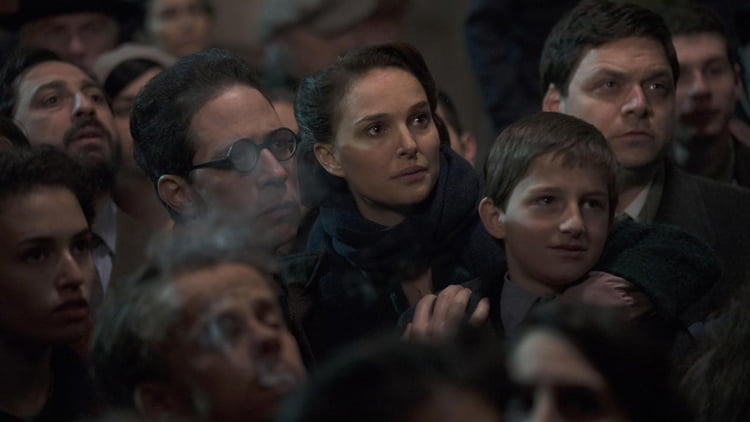 In addition to her other roles on the production, she’s also one of the stars of A Tale of Love and Darkness, which adds a degree of difficulty to an already somewhat hobbled story. While Amos – wonderfully played by Tessler, who has great chemistry with Portman – should be the focal point, in the second half of the film, Fania’s mounting depression and malaise as a result of past traumas and current triggers takes centre stage. What emerges is a much more confident film. More than she displays earlier in the film, Portman seems visibly energized by the relationship between Amos and his mother, and her committed performance as a woman slowly unravelling gives the film a lot of its heart. The film’s best moment comes in a simple sequence where Amos watches as his mother slaps herself repeatedly out of frustration, and the young man is as confused as the viewer is at that point. It’s an expertly captured depiction of a formative moment in any young person’s life when they realize their parents are human after all.

But while Portman the Actress places a lot of energy into her performance – and admittedly into the previously so-so writing – the direction begins to suffer. The eloquent establishment of time and place begins to falter, giving way to locked off conversations and clunky montage. A Tale of Love and Darkness stakes a claim on firm emotional ground in the latter stages, but it also does away with some of the more interesting choices being made in the first half of the film.

To Portman’s immense credit, her directorial debut never once feels like a vanity project. It’s a passion project, and there’s a huge difference between the two. It’s a film about a poetic and profound writer, but it’s more concerned with the person behind the legend than the legend itself. It could be called to task for being decidedly pro-Israel (which is a fair critique considering there’s a lot of Israeli money in this production), but that’s also the voice it was written in, and Portman does a deft job conveying a decidedly male point of view while inserting a clever amount of feminist spin as the film goes on and Fania becomes more of a driving force for the narrative.

If there’s one bit of advice I could give Portman for her next stint in the director’s chair, it would be to maybe try doing less. While it’s admirable to try and do everything on one’s own, sometimes it isn’t the best choice. If she chooses to direct and act in the same feature again, maybe a set of checks and balances on the screenwriting side of things would be a good idea. A Tale of Love and Darkness isn’t a great film, but a respectable and commendable one that shows a lot of promise for the continued evolution of Portman’s career.

A Tale of Love and Darkness opens in Toronto, Montreal, and Vancouver on Friday, August 26, 2016. It expands to other cities in Canada in the coming weeks.

Check out the trailer for A Tale of Love and Darkness: