Late summer means many local theatres will be packed with smaller, independent films trying to capitalize on the waning days of the year’s biggest movie-going season. Here, in brief are a trio of films opening in Canadian cinemas this weekend worth checking out. 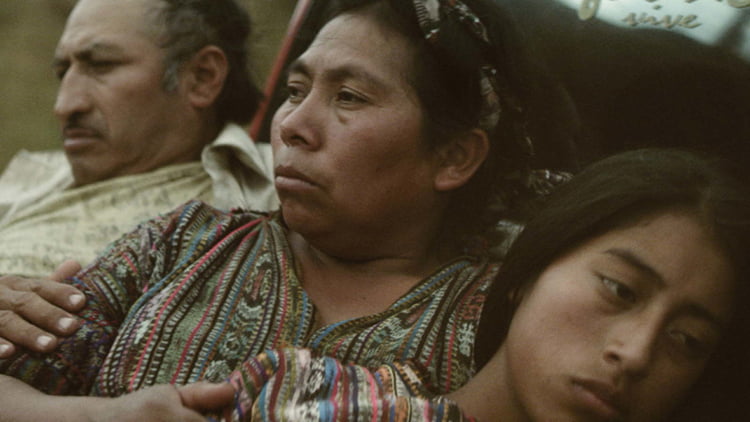 Last year’s Guatemalan entry for Best Foreign Language Film Oscar contention, Ixcanul (meaning Volcano in Kaqchikel), is the assured debut feature of filmmaker Jayro Bustamante. It starts off as a sparse, almost verite look at a family of Mayan coffee plantation workers living their lives before blossoming into a drama about the perils of womanhood, and finally opens up a dialogue about indigenous opportunities and illegal immigration. The transitions between these modes of filmmaking aren’t seamless, but the results are certainly effective.

Ixcanul closely follows Maria (María Mercedes Coroy) a young woman about to enter into an uneasy arranged marriage with to the son of the coffee plantation’s owner. Neither seem in love or excited about the prospect, and just before the wedding, the son (Justo Lorenzo) makes it clear that he’s going to the U.S. for a trip instead of getting to know his bride-to-be. In the groom’s absence, Maria becomes taken with a hard partying young man (Marvin Conroy) who gets her pregnant before running away to the U.S. never to be seen again. Desperate to save the marriage, their land, and their jobs, Maria’s parents do everything they can – spiritually and physically – to try to cause an abortion.

Ixcanul exhibits a strange place between art and observation. It’s politically loaded, but also a situational kind of black comedy. It’s a subtle film in terms of execution, but bearing unsubtle subtext. The performances (many from first time actors) feel naturalistic and primal, but when Bustamante enters the final third of his film, everything feels a lot more staged and constructed. It often feels like there are a few different movies going on within Ixcanul at the same time, but they’re all well constructed enough to make it come together as a mostly cohesive whole. It will definitely be interesting to see where Bustamante goes from here. 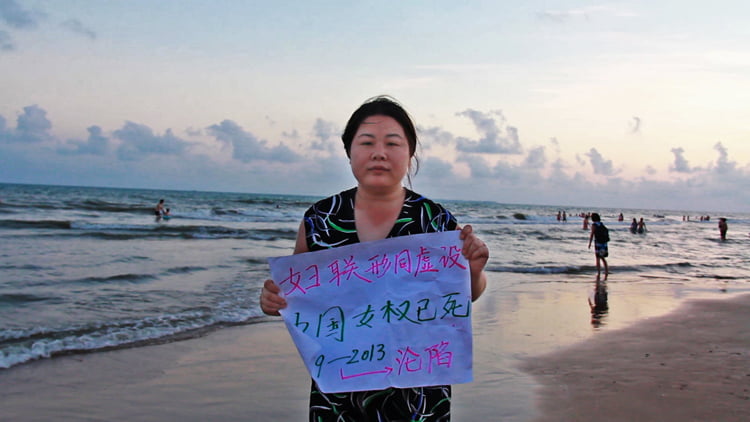 Early in the summer of 2013, Chinese human rights activist Ye Haiyan (a.k.a. Sparrow) caused a stir around the world by spearheading a campaign to protest the trial of a principal from Hainan Island’s Wanning No. 2 Elementary School who was charged with the sexual assault of six young girls who had gone missing earlier in the day. The principal insisted that there was money exchanged for the encounter, which makes it a different form of prosecution under Chinese law, where rape charges carry life or death sentences, but child prostitution charges bring sentences of between five and fifteen years behind bars. Haiyan, who previously made headlines by offering free sex to migrant workers while working in a brothel in an effort to advocate for the rights of sex workers, faces constant threat of imprisonment, surveillance, and assault, often at the hands of the shadowy Chinese secret police and government hired thugs dispatched to keep dissidents quiet.

In Hooligan Sparrow, filmmaker Nanfu Wang has an uneasy task. Her mere presence around Haiyan with a camera makes her just as much of a target as her subject has become in the eyes of a terrified, corruptible, and all powerful Chinese government. As such, it’s absolutely forgivable whenever Wang can’t film something because as she makes abundantly clear, her safety and freedom were in constant jeopardy. Wang follows Haiyan around for the entire summer, witnessing first-hand the injustices suffered by people trying desperately to change a broken system that opens itself up to human rights abuses on a daily basis.

Hooligan Sparrow vacillates between being infuriating because of what the government refuses to admit and deeply terrifying whenever physical violence and intimidation are threatened. At either setting, Wang has bravely crafted an indispensible documentation of how the Chinese government uses threats and intimidation to squash dissention whenever the inner workings of their laws (often containing countless loopholes that protect governmental officials). The hope on the behalf of the Chinese government is that they will intimidate people so completely that they’ll forget what they were rallying against out of a sense of overwhelming fear and hardship. Hooligan Sparrow shows, however, that there will always be those inspiring figures incapable of falling for such underhanded tactics.

Hooligan Sparrow opens at The Hot Docs Ted Rogers Cinema on Friday, August 26, 2016. It premieres on PBS on Monday, October 17. 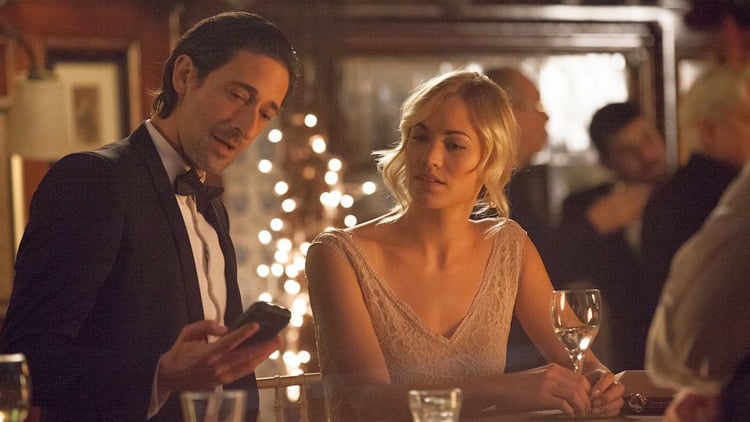 Based on Colin Harrison’s 1996 throwback novel Manhattan Nocturne, the debut feature from writer/director Brian DeCubellis tries to recreate the hardboiled American noir stories of the 40s and 50s to a modern setting. The results aren’t terribly original by any stretch, but it’s an engaging lark and the story is engaging through and through.

Adrien Brody – doing his best Humphrey Bogart – plays a newspaper columnist covering the crime and tragedy beat in New York City. He’s contacted by a femme fatale socialite (Yvonne Strahovski) to look into the mysterious, almost impossible murder of her auteur director husband (a slyly skeezy Campbell Scott, viewed in flashbacks and footage his character captured). She tests his mettle as an honest family man, and he learns that the case he’s investigating will lead to the very top of the newspaper office he works for, and to the doorstep of the paper’s billionaire owner (Steven Berkoff, doing his best Claude Rains).

The plot twists and clues contained within Manhattan Night always feel secondary to the mood, tenor, and tone being created by DeCubellis. With slick visuals that bounce between opulent and menacing and a soundtrack heavy on smooth jazz, DeCubellis knows exactly the kinds of films he wants to emulate here. Nothing comes as much of a shock, and for a mystery things fall where one would expect a bit too often; that is until the film’s big reveal, which reads as kind of silly on paper (and if you think about it too long), but it works for this kind of story told in this matter-of-fact/just-the-facts-Jack manner.

It’s probably not something worth rushing out to cinemas for, but it’s great afternoon viewing with a pack of smokes and a glass of scotch at the ready.

Manhattan Night opens at Carlton Cinemas in Toronto on Friday, August 26, 2016. It expands across Canada throughout September.