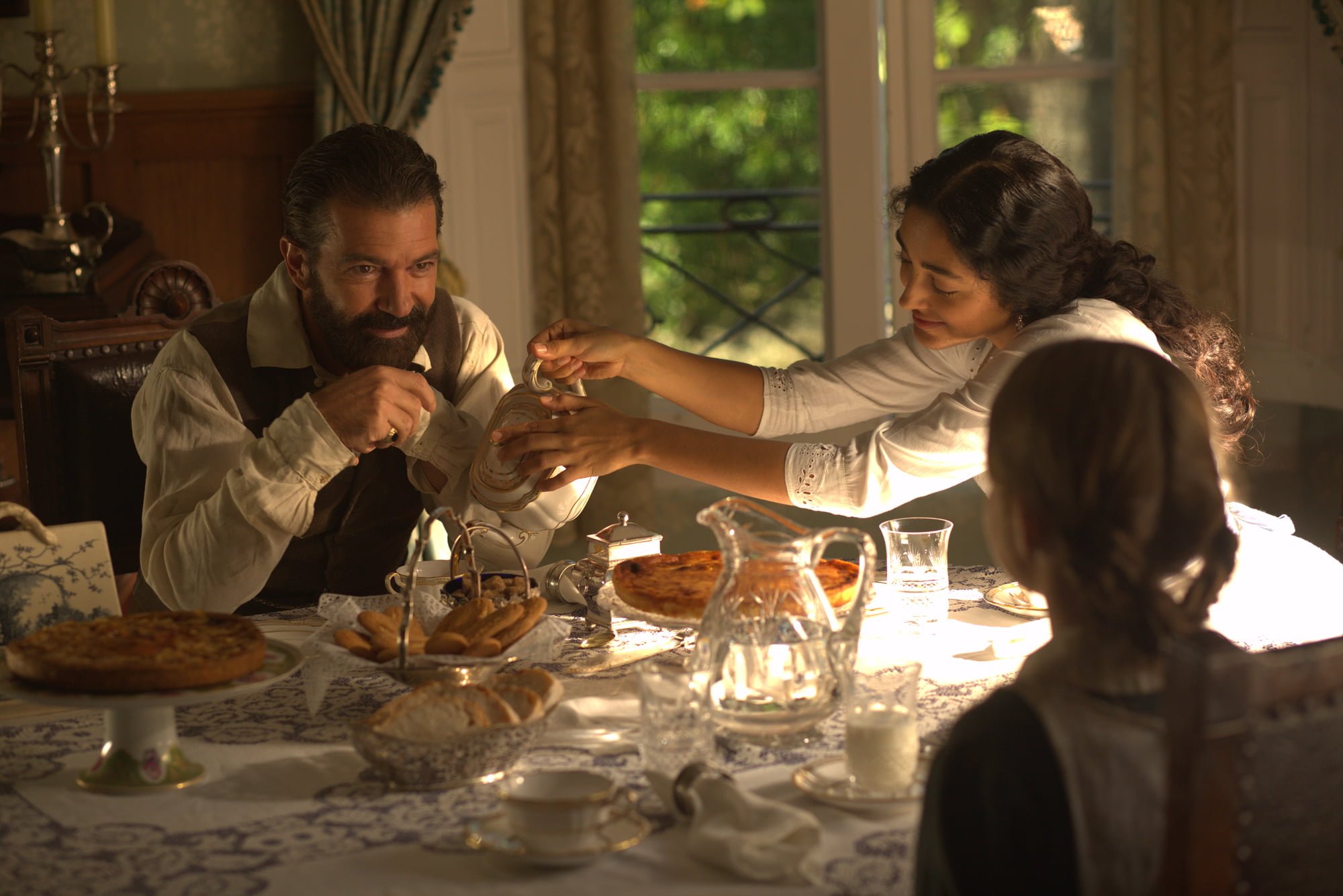 British filmmaker Hugh Hudson hasn’t made a fictional motion picture since 2000, and his latest effort, the historical drama Finding Altamira, might not necessarily be any sort of return to form, but it’s fine for what it is. 80 year old Hudson, best known for Chariots of Fire, Greystoke: The Legend of Tarzan, Lord of the Apes, and Revolution, shows a little bit of rust in terms of filmmaking acumen, but it’s a reasonably engaging tale of the ever present arguments that take place between science and belief.

The script from veteran cinematographer turned screenwriter José Luis López-Linares and veteran scribe Olivia Hetreed (Girl with a Pearl Earring) tells the true story of Marcelino Sanz de Sautuola (played by Antonio Banderas), an amateur archaeologist and anthropologist who, with the help of his young daughter Maria (Allegra Allen), discovered something extraordinary on his land in the Spanish countryside in 1879. In a cave located on his property, Marcelino found what he believed to be cave paintings that date back to the Palaeolithic Era. The validity and authenticity of these cave paintings were called into question not only by the deeply religious ruling parties at the time (exemplified by a bald, sneeringly evil Rupert Everett), but also by fellow Darwinists who refused to believe that such an amateur could make a major discovery of this nature.

There’s a tiny bit of historical revisionism going on in Finding Altamira. For the sake of the story the true discovers of the cave nearly half a century before Marcelino found them aren’t mentioned, but since he was the only person to tout the paintings as a major discovery the film’s approach makes sense. I’m sure that will bother some, but to some degree the battle over the artistic authenticity of these paintings makes perfect narrative sense at the very least. Finding Altamira isn’t about who got there first, but about the first person to try and make the world understand what a major discovery this was.

It’s a pretty straightforward, conventional dramatic arc about a passionate, well meaning man watching his work get torn apart. Realist Marcelino can only sit stunned at those who question his discovery, and he watches as the church further drives a wedge between him and his wife (Golshifteh Farahani). It’s told largely through the eyes of the now grown up daughter looking back on her father’s unappreciated legacy. None of these are surprising or innovative narrative gambits, but they work just fine. 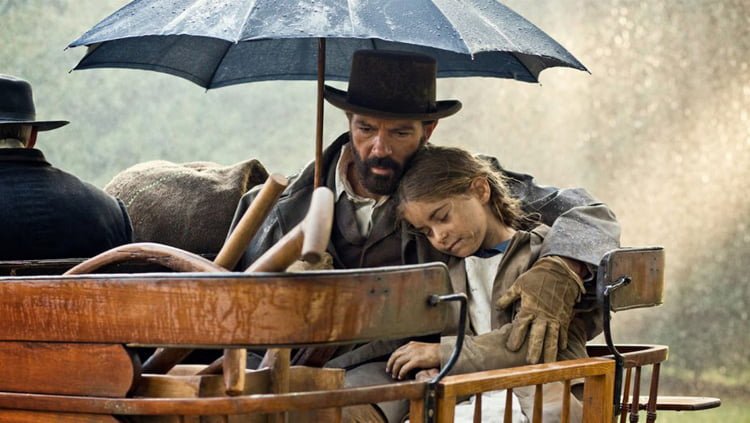 Hudson’s direction remains best whenever he takes the most straightforward and stately approach to the material. It might look quite pedestrian at times, but that’s because the kinds of period dramas Hudson trafficked in at the height of his career don’t get made anymore. Hudson does stumble quite a bit whenever Finding Altamira attempts to get somewhat whimsical with the point of view of its young storyteller. Sequences where the cave paintings animatedly come to life or a feverish Maria envisions a stampede of bison add very little except a couple of borderline derisive chuckles.

There’s a pretty ham-handed third act reveal of convenience that strains credulity, and the film never comes across with any sort of dramatic urgency, but it never feels like a waste of time, either. At a shade under ninety minutes (not including credits), Finding Altamira says exactly what it wants to and has to say about its subject without mincing words. It’s quite economical in a way that few prestige pictures these days are.

But the real attraction here is Banderas, who hasn’t had this great of a role in quite some time. Usually cast for his bluster, bravado, and machismo, Banderas instead plays Marcelino with a great deal of humility and understatement. It was starting to seem like in the post-Shrek and Zorro era of his career, Banderas might never get another shot at a role like this, but he embraces Marcelino with a great deal of sensitivity and nuance. He’s the glue that holds Finding Altamira together.

Check out the trailer for Finding Altamira: