I definitely get the sense that Milton’s Secret, a film that feels like the warm embrace that a quirky aunt might give their niece or nephew, will be too sappy and simplistic for some. There’s something undeniably pleasant and genuine about Barnet Bain’s work in adapting a book that spiritualist writer Eckhart Tolle intended to be read by young adults in the first place. One could say, quite rightfully, that it feels like an Afterschool Special all they want, and they wouldn’t necessarily be wrong, but it would be more correct to point out that outside of some hammy dialogue that there’s nothing particularly wrong with Milton’s Secret. It doesn’t have a malicious, ironic, or sarcastic bone in its body, and that’s somewhat of a refreshing change of pace.

Young actor William Ainscough delivers a tremendous lead performance as Milton, a good-natured, but fairly average 11-year old junior high-schooler. He’s a smart and sensitive only child, but his realtor mother (Mia Kirshner) and investor father (David Sutcliffe) are at odds emotionally and financially. His spirits are brightened by an extended visit from his wise, relaxed, and unflappable war veteran grandpa (Donald Sutherland). His grandfather’s arrival is a welcome distraction from the constant torment and bullying of his not-so-well adjusted next door neighbour (Percy Hynes White).

That’s about all there is to the plot, really. Milton has to keep ducking the bully, patch things up with his best friend (Hays Wellford), write a report for his teacher (Michelle Rodriguez), and get some sage advice from authority figures that care about his well being. They’re all plot points in service of Tolle’s underlying message about living in the moment and not letting the past define you more than it has to. It’s an easy point to make and director and co-writer Bain doesn’t try to belabour it. It goes down fairly easy, and with the exception of some fleeting lapses into cringeworthy dialogue that sounds straight out of a late 1980s first year philosophy student’s term paper, it works. 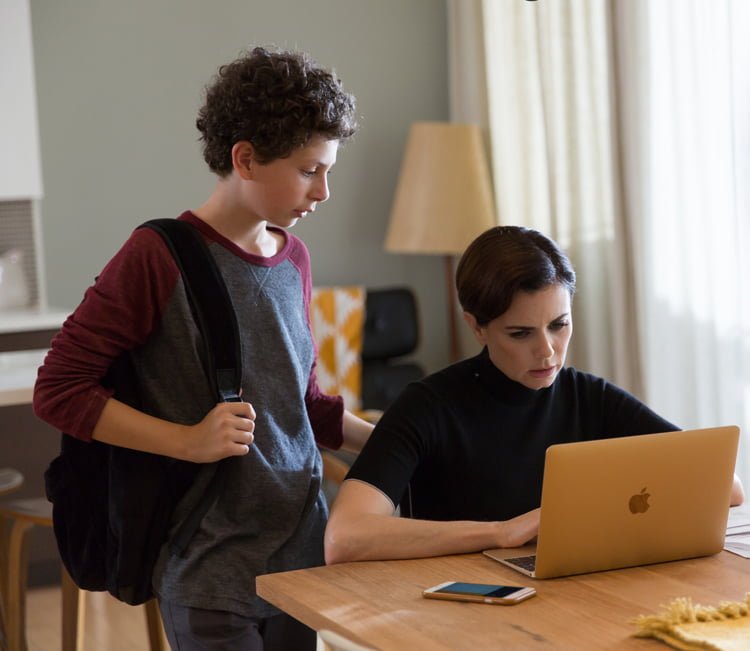 Next to Bain’s great looking visual sensibilities, Ray Dumas’ cinematography, and a feeling of unforced good will, the main attraction here is Ainscough. This kid is a natural, and has great chemistry with anyone he shares a scene with. Bain’s careful to never frame Milton as being too exceptional as to strain credibility or add unnecessary layers to the film, so Ainscough is able to relax and show a kind of emotional intelligence that preteen characters don’t often get to express. Kids are always smarter than adults will let on, but Bain’s wise enough to not use a sledgehammer to drive that point home.

Milton’s Secret could have very easily played as indie film quirk or hamfisted melodrama, but likeminded teens and adults should find this a suitable bit of nondenominational comfort food. It’s not a perfect film, and it’s admittedly rather slight, but it’s a rare kind of picture done well. It’s a decent enough pairing with a chilly fall afternoon and a hot chocolate. This is exactly the kind of picture that could irk me greatly if done wrong, but I must admit to being entertained and somewhat moved by it.

Check out the trailer for Milton’s Secret: