Toronto After Dark 2016 Reviews: ‘Under the Shadow,’ ‘War on Everyone,’ and ‘Train to Busan’

This week marks the start of the 11th Annual Toronto After Dark Film Festival. For the nine nights between October 13th and the 21st, TAD will showcase a wide range of genre programming from their hub at the Scotabank Theatre in downtown Toronto. There will be plenty of action, dark humour, sci-fi, run ins with the unexplained, zombie attacks, and boatloads of spooky delights that make TAD a true October classic. Genre buffs in Toronto (and in some cases throughout the world) look forward to the festival every year with great anticipation, and this year’s offerings might be the widest ranging selections to date. There’s literally something for every taste this year, and that’s not an exaggeration. Well, maybe not for kids or the squeamish, but for everyone else there’s a bit of everything.

Stay tuned to The GATE over the next few weeks for reviews of many of the films screening throughout the festival. For more information, a complete line-up of films, tickets, directions, and anything else related to the festival, check out the Toronto After Dark website. 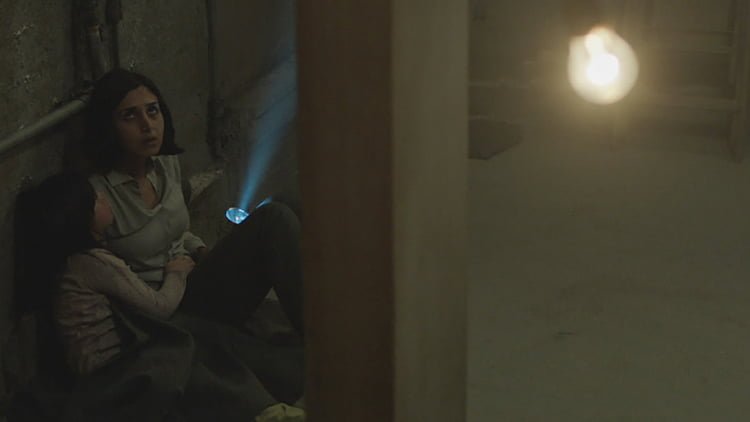 This year’s selection for Best Foreign Film Oscar contention from the United Kingdom (and the festival’s opening night film), Under the Shadow is a slow burning and subtle, but expertly constructed and unnerving Farsi language chiller. Through masterful use of setting, pacing, and performance, writer and director Babak Anvari delivers the kind of brainy domestic ghost story that smart horror fans can truly love and appreciate.

Set circa 1980 amid the Iran-Iraq war, Shideh (Narges Rashidi, in what I hope is a starmaking leading performance) finds herself at a critical crossroad in life. She wants to go back to university to complete her studies and become a medical doctor, but thanks to her involvement with leftist causes during the Cultural Revolution, her alma mater refuses to accept her back. Her husband (Bobby Naderi) has just been drafted by the Iranian military, leaving Shideh to care for their young daughter, Dorsa (newcomer Avin Manshadi), by herself. Despite the urging of her husband to leave their apartment that’s in danger of falling to Iraqi missile strikes, Shideh remains determined to stay put. It’s not long after daddy leaves that Dorsa fearfully starts telling her mother that they might be haunted by a Djinn or otherwise evil spirit. Neither of them are sleeping well, neighbours start acting strange before leaving the apartment building in a hurry, and soon Shideh and Dorsa are left to fend for themselves against a supernatural threat that’s as dangerous as the war going on outside.

While stylistic, subtextual, and thematic comparisons could be made here with The Babadook, Poltergeist, A Nightmare on Elm Street, and any number of Roman Polanski films, Under the Shadow comes with a unique sense of history, identity, and gender politics that are rarely explored in genre cinema. Steeped in a well fleshed out setting with complex characters and a wealthy of historical atmosphere, Under the Shadow feels original in ways few horror films do. This is a story that literally couldn’t take place at another time or in another place. The best examples of horror have a certain degree of specificity to the characters and locations, while otherworldly motives remain obscured or mysterious, and Anvari’s work certainly subscribes to that. It works on more than just a visceral level. It’s anthropological, feminist, and historical. In short, it’s excellent in ways few horror films are.

A gleefully offensive and purposefully uncouth buddy cop action-comedy, War on Everyone casts the unlikely, but charismatic pairing of Alexander Skarsgård and Michael Peña as Terry and Bob, a pair of drug taking, abhorrently corrupt, loose cannon New Mexico detectives trying to cajole their way into a million dollar race track heist. Things get complicated when some bodies turn up (that they didn’t create because they’ll gleefully administer brutal beatings, but never kill people) and their inside snitch (Malcolm Barrett) skips town. It turns out that they’ve been double crossed by a dandy British criminal mastermind (Theo James, brilliantly working against type) and his Bowie-like, strip club owning, porn producing right-hand-man (Caleb Landry Jones, stealing every scene in a film full of scene stealers).

War on Everyone is the latest film from British filmmaker John Michael McDonagh (Calvary, The Guard), and it’s yet another departure for the writer-director. More openly crowd pleasing, but slightly less narratively successful than his previous efforts, War on Everyone certainly isn’t for the squeamish or easily offended, but in terms of films about awful people doing terrible things to even worse people it bears all the markings of a cult classic in the making. McDonagh’s plot might be a smidge too convoluted for its own good (eventually involving Tessa Thompson’s murder witness-slash-love-interest character and an orphaned homeless kid from a seemingly unrelated murder), but that doesn’t diminish the film’s consistently paced sense of freewheeling, misanthropic fun.

The performances and witty banter are the main attraction here, and the stacked cast of talents (including a great turn from the reliable Paul Reiser as the fed up chief of police) is led perfectly by Peña and Skarsgård’s antiheroes. We all know that Peña is more than capable of such a gifted, deadpan comedic performance, but watching the often restrained Skarsgård revel in playing a perma-drunk, Glen Campbell obsessed goof is something to behold. 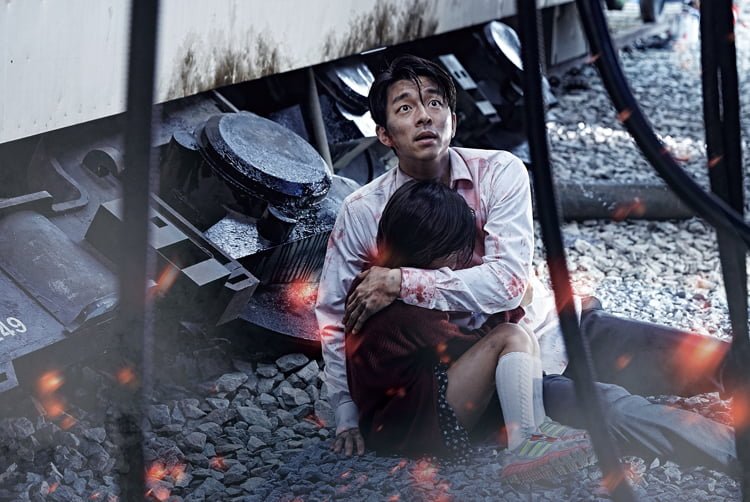 A sleeper hit upon its theatrical release earlier this summer, the South Korean zombie thriller Train to Busan returns to Toronto as part of After Dark’s annual Zombie Night. It’s a fun flick that’s definitely best viewed with a rowdy audience that I’m sure the festival will lovingly provide.

Anime veteran Yeon Sang-ho’s first live action feature tells the story of a divorced, workaholic hedge fund manager (Korean heartthrob Yoo Gong) who get on an early morning train from Seoul to Busan so his young daughter can spend her birthday with her mother. Shortly after the train leaves the station, however, a massive and fast spreading zombie outbreak occurs in the outside world and onboard the train. Unable to stop to unload passengers with any degree of safety, the train motors on looking for refuge in another city. They don’t find it, and a transport company stooge (Kim Eui-sung, playing one of the most loathsome villains you’ll see all year) commanders the train and passengers for his own gain, establishing a power structure of sorts on board and putting everyone’s lives in danger.

If you think this sounds like Snowpiercer crossed with Dawn of the Dead, you wouldn’t be too far off, but what the premise lacks in overall originality, Sang-ho more than makes up for in style, thrills, and exuberance. If nothing else, the film plays like a much more crowd pleasing and gory take on something that might have happened in World War Z, and anything that improves on something like that is alright in my book. Audiences around the world have been digging it (including at Cannes, where it premiered) and news of a potential American remake is completely unsurprising, and it’s time for more people to see why that is with the biggest crowd possible.

Also, you should see it before Reel Asian plays this film’s animated prequel, Seoul Station, next month at their festival.