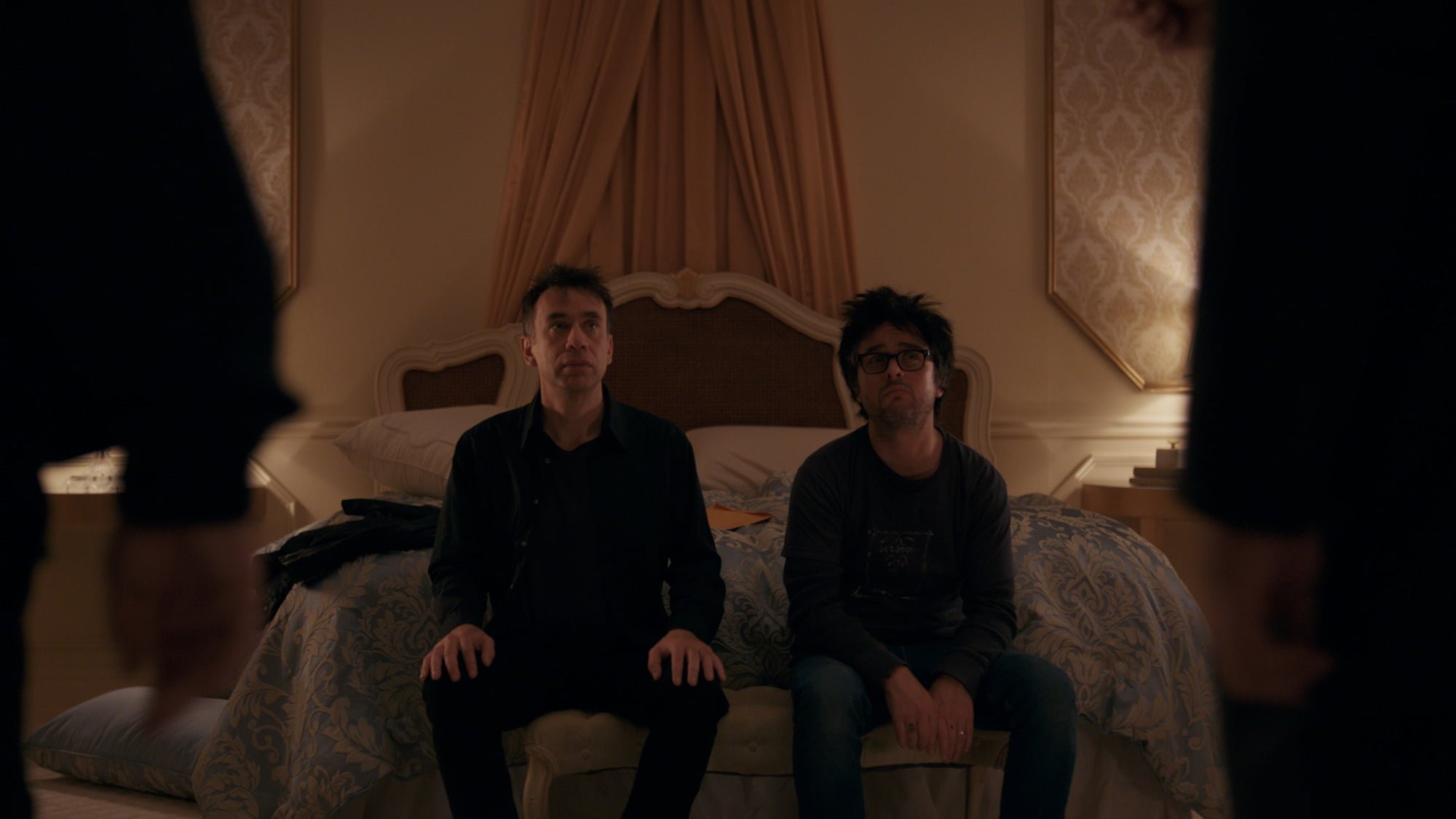 Releasing quietly to select theatres and VOD this weekend is the lightweight comedy Ordinary World, the leading man debut of Green Day lead singer Billie Joe Armstrong. Written and directed by Lee Kirk, Ordinary World casts a bespectacled and relatively normal looking Armstrong as the former guitarist and lead singer for a very Green Day-ish rock bank (I really hesitate to say “punk band” despite what all the film’s marketing states) trying to reconcile his past with his new life as a father and husband. It’s a pretty standard mid-life crisis flick with a standard plot, convenient twists, stereotypically bland characters, and it’s so ineffectual that a slight breeze would blow it off the screen. It’s not an unlikable film, but it ain’t much.

Perry (Armstrong) finds himself at a crossroads on the day of his 40th birthday, which also happens to be the day of his pre-teen, burgeoning musician daughter’s talent show. His public defender wife (Selma Blair) largely supports Perry, their daughter, and their newborn son while he stays home and barely shows up for work at the family owned hardware store run by his more responsible younger brother (Chris Messina). Perry’s father-in-law gives him crap all the time. The neighbourhood dads pushily want to hang out with Perry. Worst of all – and stop me if you’ve heard this one – no one seems to remember or care that it’s his birthday! After showing up late for work (aaaaaaaaaagggggaaaaaaaaaaiiiiiiiinnnnn!), his brother gives Perry a grand to blow off some steam. Perry rents the Presidential Suite at New York’s Drake hotel for a makeshift party, and invites his old bandmates (including Fred Armisen and Kevin Corrigan) to have a bit of a throwdown. But whaddyaknow? Turns out Perry is more mature than they are and he STILL feels out of place. WOMP WOMP.

Will Perry find the composure to remain adult about things? Will he make it to his daughter’s recital? Will he find common ground with his in laws? Will he understand how great he has it and that life’s not so bad as a square? Will there be a moment where everything stops so Armstrong can sing the title track from the film (now available on the new Green Day album)? If you even hesitate in answering “yes” to any of these questions, you’ve never seen a movie in your life. Nothing about Ordinary World (which premiered earlier this year at Tribeca under the title Geezer) has a shred of edge, originality, or surprise to it. 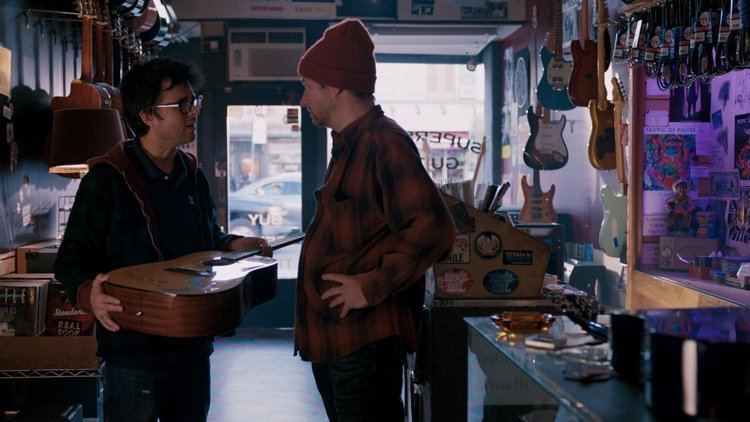 As a leading man, Armstrong isn’t bad. He has a relaxed quality to him that serves the material well. He’s not trying too hard to play a dad or a washed up rock star, but rather an everyman with a bunch of tattoos who probably used to listen to Dead Kennedys, but now listens to NPR at the end of a long day to unwind. He’s playing someone who’s basically a good, somewhat scatterbrained parent who tries their best, but not their hardest. It’s a thin character, but Armstrong does bring a sense of likability to Perry that makes the predictable shenanigans watchable.

The supporting cast here is surprisingly packed with notable faces stuck in thankless roles. Armisen has nothing to do except goad and antagonize his friend. Judy Greer conveniently pops up as an old flame who now manages Joan Jett, continuing Greer’s recent run of being the most talented actress to be given some of the most distressingly disposable roles in cinematic history. Blair does what she can with her part as the increasingly frustrated breadwinner, but outside of a couple of speeches at the end, she can’t add any more drama or energy than the basic amount Kirk’s film provides on the page.

It’s not that Kirk has made an awful film, though. Outside of the awkward decision to include far too many establishing shots and lengthy, puzzling montages of Perry walking from place to place to function as transitions between scenes, it’s serviceable enough if one sets their bar for entertainment low enough. It’s the cinematic equivalent of Brown Sugar Oatmeal. It’s comforting on a certain level, but it’s still bland and forgettable. No one ever looks back on a bowl of oatmeal fondly, and similarly the plot of Ordinary World will be equally forgotten.

Ordinary World opens at theatres in select cities on Friday, October 14 and on VOD and iTunes the same day.

Check out the trailer for Ordinary World: