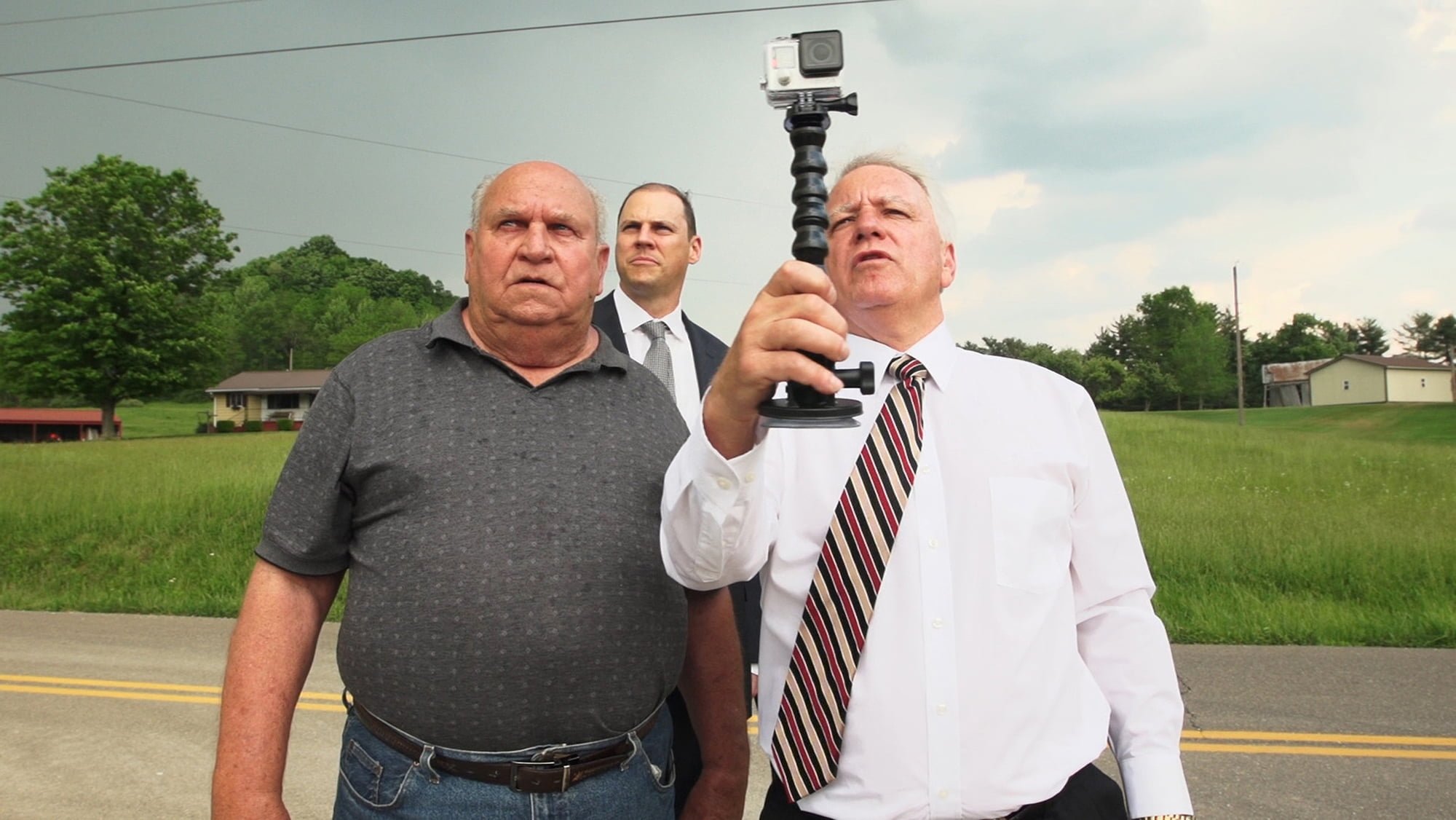 Although it’s a busy season for specialized and niche film festivals in the city of Toronto, this year’s 17th annual Planet in Focus festival is definitely worth some of your time. For almost two decades now, Planet in Focus has sought to educate, enlighten, and entertain by programming a wide range of features and shorts spotlighting a wide range of environmental issues.

From Wednesday, October 18 through Sunday the 23rd, Planet in Focus will bring together stories from around the world about vital economic, social, and political barriers that stand in the way of making the world a better, healthier place to live, while also reminding audiences that true, unencumbered beauty is all around us and worth protecting.

Although the festivities technically kicked off on Tuesday with an honouring of 2016 Eco Hero David Suzuki, the film programme starts tomorrow and here’s a look at five films from this year’s festival that you’ll want to catch. 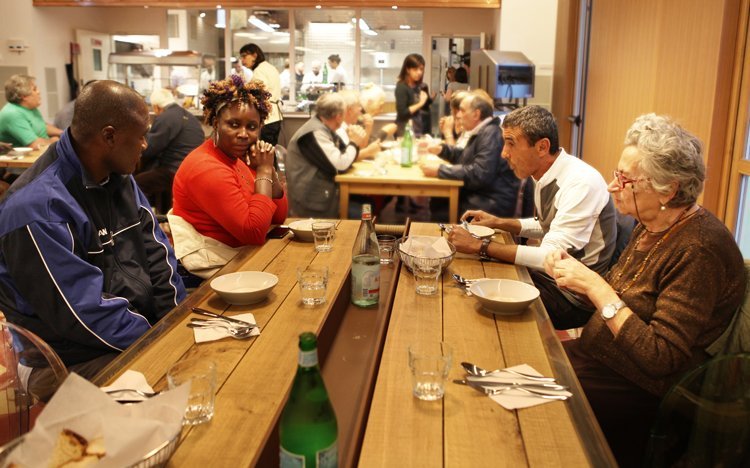 One of two food related films to make the list this year, Peter Svatek’s Canadian produced documentary is this year’s opening night gala (screening Thursday the 20th at 6:30 pm at The Hot Docs Ted Rogers Cinema, with an introduction from chef Jamie Kennedy). Svatek travels to Milan where world renowned chef and humanitarian Massimo Bottura has created what might be the world’s first gourmet soup kitchen for the homeless. During the 2015 World Fair in the city, Bottura invited sixty chefs from around the world to create healthy, lovingly crafted meals for the homeless strictly out of the discarded food from the fair. Heartwarming and human in ways few films about food are (and let’s be honest in admitting that the need to eat is one of the few things that unite all humans), Svatek looks at an initiative that will change the way people think about haute cuisine, food waste, and how we treat the less fortunate. 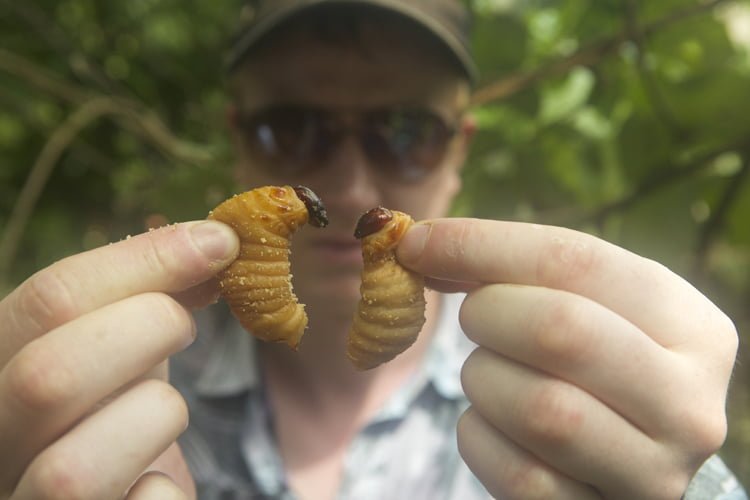 Let’s talk about the other culinary minded film to make the list this year, Danish filmmaker Andreas Johnsen’s Bugs (screening on Friday at 7:00 pm at Innis Town Hall). Johnsen (Ai Weiwei: The Fake Case) takes a look at a trio of culinary geniuses/mad scientists working out of the Nordic Food Lab – a research based spin off of Noma, arguably the world’s most famous restaurant – to determine new ways of eating and cooking creepy crawly critters for discerning palates. The energy and enthusiasm of the team members is infectious because they clearly love what they do and believe that they’re making great strides towards making insects into legitimate food products that mainstream diners will be able to enjoy. But their work here goes beyond the creation of such seemingly sketchy creations as maggot butter and ant gin, and to the heart of a greater issue that the world needs to accept. With population growth continuing at its current rate and environmental resources depleting, insects will have to comprise a series portion of human diets by 2050, especially in third world countries that are already well acquainted with the health benefits of better tasting bugs. With that in mind, megacorporations are already trying to get their hands in the cricket filled cookie jar, mistaking the farming of bugs for a sustainable resource. It’s up to the brave researchers and advocates at the Nordic Food Lab to not only make people give bugs a second look, but to make sure they don’t become a resource that’s killed by factory farming and unsustainable manufacturing of products. This is truly fascinating stuff that not only makes (some) bugs look appetizing, but also starts a discussion before it’s too late to have it. 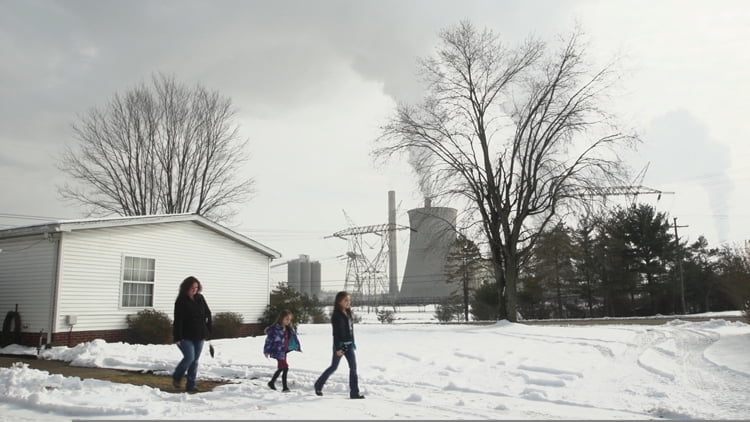 Billed as “an American coal story in three acts,” Eva Morgenstern’s sorrowful and anger inducing Cheshire, Ohio (screening Saturday at 2:45 at AGO Jackman Hall with the filmmaker in attendance) looks at how an entire close-knit community of 200 people can be forced to pack up and move thanks to corporate negligence. When the General James Gavin coal plant opened in the town along the banks of the Ohio River in the 1970s, not many residents paid much mind, and the relationship between the plant and the community was relatively fine until the late 90s/early 2000s when, perhaps ironically, a redesign of exhaust towers that were supposed to help curb emissions ended up blanketing the town in plumes of smoke on an almost constant basis. The soil had high amounts of arsenic, health problems arose, and a sulfuric acid mist was a regular by-product of life in Cheshire. But instead of fixing the problem for the town and the environment, the power company just offered a $20 million buyout an asked everyone to pack up and leave, an offer a select few refused to take and one that similarly affected people living outside the incorporated borders of the small hamlet weren’t afforded. Morgenstern looks at the creation of a modern day ghost town subtly, allowing the audience to raise the obvious questions without having everything spelled out for them. Interviews with current and former residents about the lives they left behind are depressing, but not as sad and frustrating as the company and the Ohio EPA’s refusals that anything could be wrong with the plant and its massive, and soon to be expanded offsite dumping ground. It’s a work of great empathy and righteous anger. 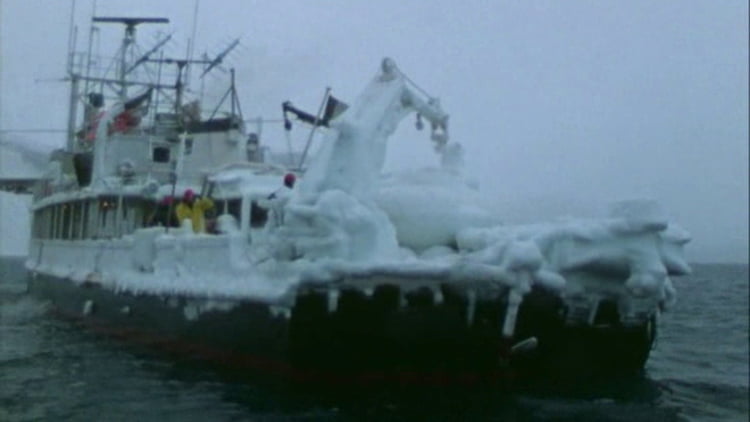 Voyage to the End of the World

This year’s other Eco Hero – to be honoured at the festival’s closing night gala – is Alexandra Cousteau, a writer, researcher, and environmental activist who carries on in the footsteps of her grandfather, the legendary Jacques Cousteau. One of her grandfathers greatest achievements and expeditions resulted in one of the best nature documentaries ever made, Voyage to the End of the World, which screens for free on Sunday at 4:30 pm at AGO Jackman Hall. Documenting Cousteau and the crew of the Calypso to some of the more unexplored corners of Antarctica, the film not only remains one of the most stunning cinematic experiences ever captured, but has now taken on a new meaning in a world where our resources and many of the things Cousteau witnessed are threatened or have already disappeared. It’s definitely a big screen experience that’s worth checking out in a theatre if you’ve never seen it or only watched it on television, but also a chance to remember all that we lost and stand to lose if we don’t treat the environment better. 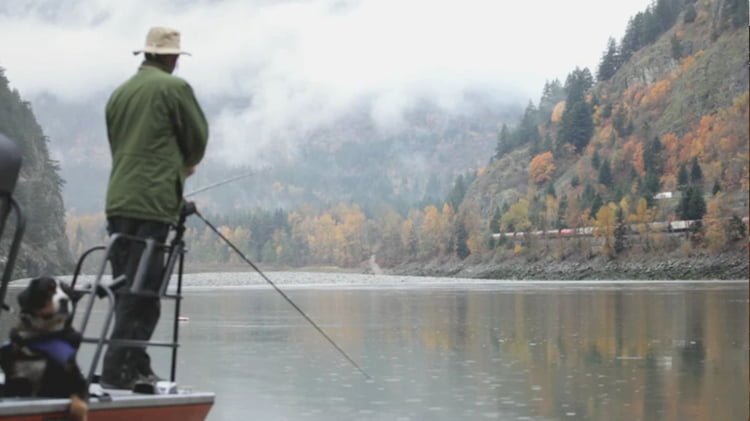 This year’s closing night film (screening at Hot Docs Ted Rogers Cinema on Sunday at 6:30 pm alongside the festival awards ceremony) comes from Canadian filmmaker Emanuel Hoss-Desmarais, whose last film was his stunningly gorgeous debut feature Whitewash, starring Thomas Hayden Church as an alcoholic Quebecois plow driver who makes a deadly misjudgment. His follow-up is What Lies Below, an equally stunning documentary that focuses on Lawrence Gunther, a legally blind environmental advocate documenting the effects of waste, sewage, and pollution on fish populations and water supplies. The most gorgeous looking film at this year’s festival (which actually says a lot for an environmental film showcase), What Lies Below balances the personal, the political, and the environmental wonderfully, making the audience learn just as much about Lawrence as they do the world around him. It’s a disarmingly emotional experiences that proves beyond a shadow of a doubt (and please pardon the pun) that we can’t keep turning a blind eye to how we treat the world around us.

For a full list of films, special programmes, talks, tickets, showtimes, or more information, check out the Planet in Focus website.