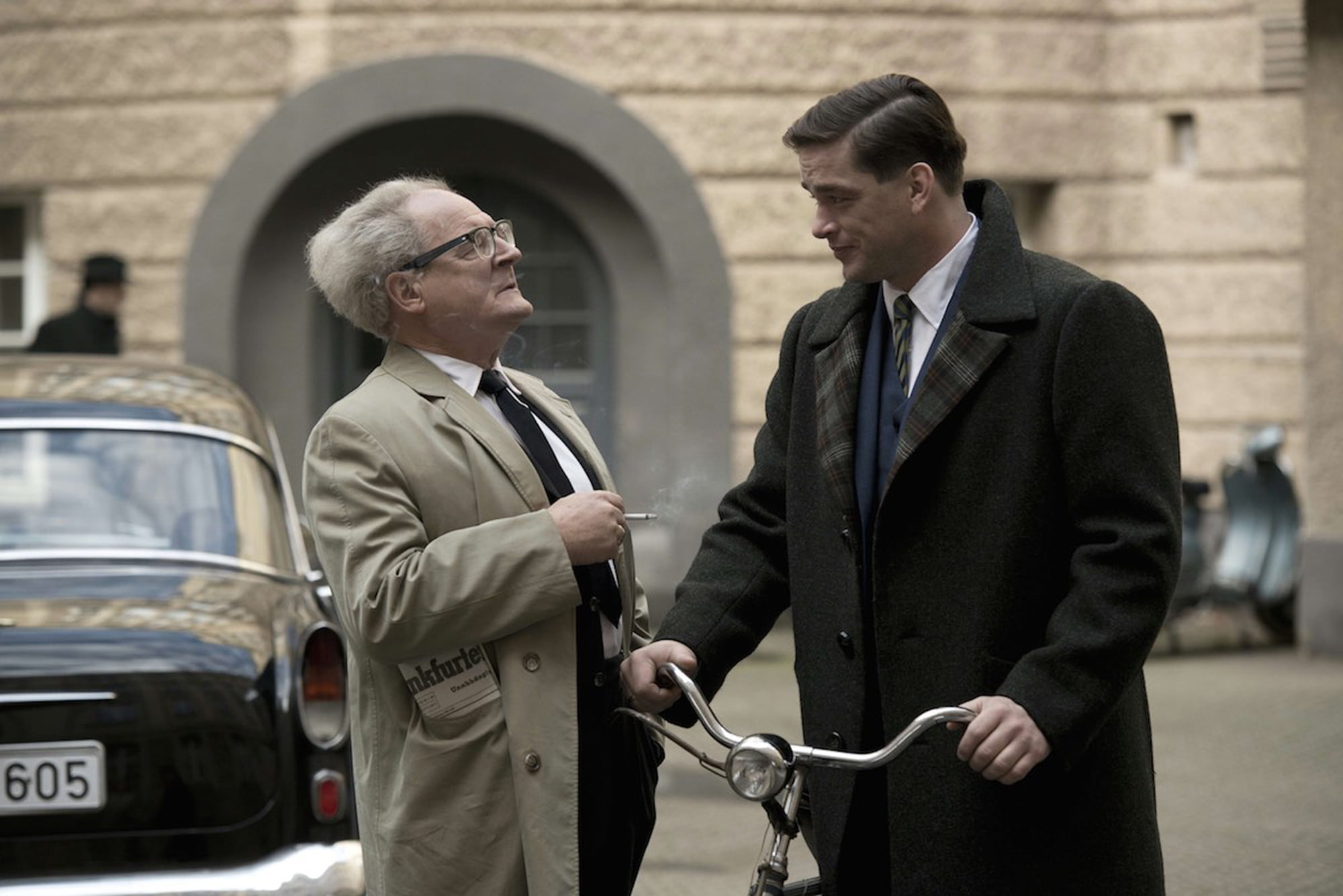 For those looking for something a bit outside the mainstream this week, here are reviews of four films of note opening in limited release (or in one case, re-release) in Canadian cinemas. 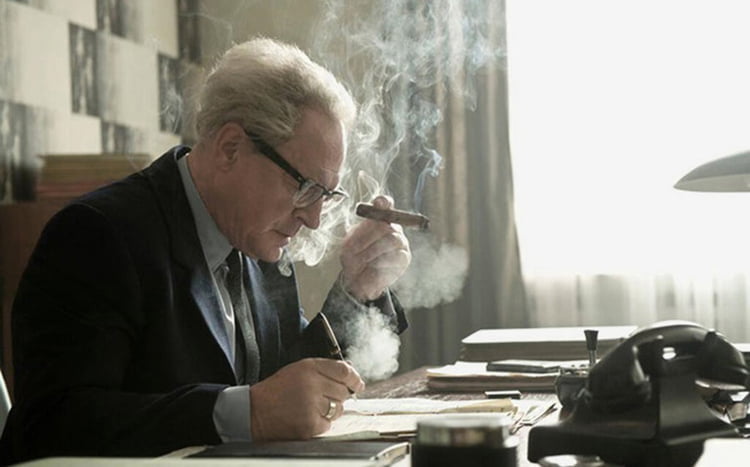 The People vs. Fritz Bauer

In the late 1950s, West German Attorney General Fritz Bauer (Burghart Klaussner) grows increasingly frustrated at the state’s inability to bring Nazi war criminals to justice. Running afoul of an old guard system full of potential moles that might be acting as Nazi sympathizers post-World War II, Bauer’s impatience culminates in his desire to follow a lead suggesting that Final Solution architect Adolf Eichmann might be living under an alias in Argentina. With many in power questioning Bauer’s mental health, his sexuality, and his religious reasons for pursuing such criminals, he has few allies in his corner, save for a skeptical, but hard working state attorney (Ronald Zehrfeld) with demons of his own. Even the Mossad finds Bauer’s case dubious. Together, the unlikely legal team begins a determined quest to make Germany confront the demons of its past head on.

Rich with period detail and boasting an exceptional, often jazzy score, The People vs. Fritz Bauer certainly looks the part, even if Kraume’s overall direction is stripped down and serviceable. The screenplay from Kraume and co-writer Olivier Guez keeps the twists and misdirection coming at a fast pace, but never bogging down the narrative’s driving force. It’s a smartly written film about a steadfast attorney refusing to give up, much to his own mental detriment. It’s a film about passion and justice, but also about how some choose to unhealthily move on from the past by ignoring it, and how some risk their own well being to bring truth to power.

As for Klaussner’s performance, it’s nothing short of exemplary. Disappearing into the role of Bauer, the actor transfixes whenever he’s on screen. It’s the perfect anchor for such weighty material. It’s very much recommended if you loved Bridge of Spies or Munich.

The People vs. Fritz Bauer is now playing at Canada Square in Toronto.

Check out the trailer for The People vs. Fritz Bauer:

Following a devastating, nearly deadly car crash, 17 year old Luke (Andrew Rotillo) struggles with his recovery process. Not only has he potentially lost his sight, but he’s having a hard time making peace with his 23-year old brother (Charlie Hamilton) and he refuses to engage with his therapist. But after reflecting on his past and through the friendship of a fellow patient at the titular hospital who might have it worse than he does, Luke gradually begins a tenuous path to wellness.

Although most of the Canadian drama The Hotel Dieu is in the English language, stylistically and narratively director Adrien Thiessen’s film owes more of a debt to the current crop of familial dramas and personal narratives that have been coming out of French language cinema in Quebec. Emotionally charged, but visually austere (bolstered by some gorgeous cinematography from Kristen Nater), there’s nothing terribly original about The Hotel Dieu other than the decision to make it in English.

This isn’t a knock specifically against Canadian cinema or the film itself, which is still suitably uplifting without descending into corniness. It’s just the we’ve seen the tale of the petulant, but bright teenager who has given up on life countless times before. The film slows to a crawl anytime Thiessen stops the action for a meetup between Luke and his therapist, with these scenes virtually indistinguishable from any other film where someone who doesn’t want to talk does their best to ignore treatment before eventually warming up to the world around them.

What The Hotel Dieu lacks in overall originality, however, it makes up for via dedicated performances, a keen sense of pacing, and a well honed sense of purpose that rides the line between inspirational and saccharine nicely.

The Hotel Dieu is now playing at Carlton Cinemas in Toronto

Check out the trailer for The Hotel Dieu: 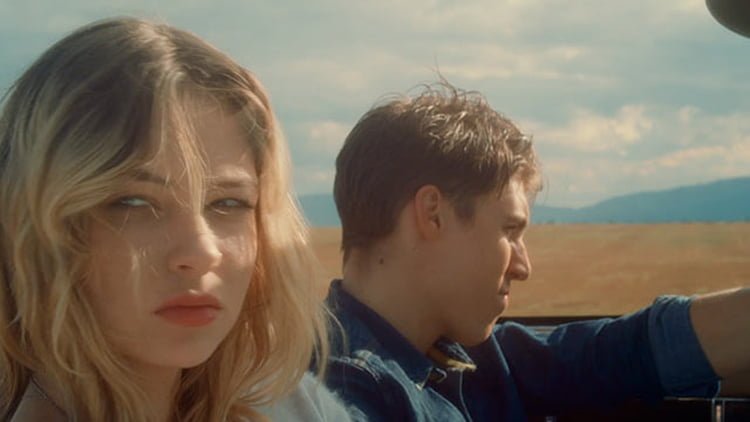 A confused, uneasy, and sometimes laughable mash-up of Natural Born Killers and The Ref (seriously), filmmaker Zackary Adler’s American indie American Romance relies so heavily on hammy performances and numerous, increasingly predictable twists to get a rise out of the viewer that it forgets to be genuinely entertaining or surprising.

Framed a by a former cop narrating the gristly tale of taking down the “Diorama Killer” (someone who basically has the exact same M.O. and flair for theatricality as John Doe in Seven), it’s the tale of a pair of honeymooning lovers – Jeff (Nolan Gerard Funk) and Krissy (Daveigh Chase, best known as Samara from The Ring and Lilo from Lilo and Stitch, delivering what has to be the most annoying performance of the year) – who get a flat tire while on a road trip. They stumble upon the residence of Emery Reed (John Savage, a close runner up to Chase’s work), a man on the verge of killing himself. Emery reluctantly agrees to help until the dark secrets of everyone currently at his farmhouse begin to come to deadly light.

If you don’t know from the opening seconds where American Romance is headed, you’ve probably never seen a movie in your life. Every “shocking” turn of events can be telegraphed painfully far in advance. Adler hasn’t created a mindbender, so much as he’s made a shoddily assembled, long winded joke where the audience waits impatiently for everyone to stop mugging and get to the punchline.

Sometimes the sheer force of the performances (which, I will note, I do not mean as a compliment here) inject some life into this otherwise drably low-budget affair, but that doesn’t make the results any less goofy or unsatisfying.

Check out the trailer for American Romance: 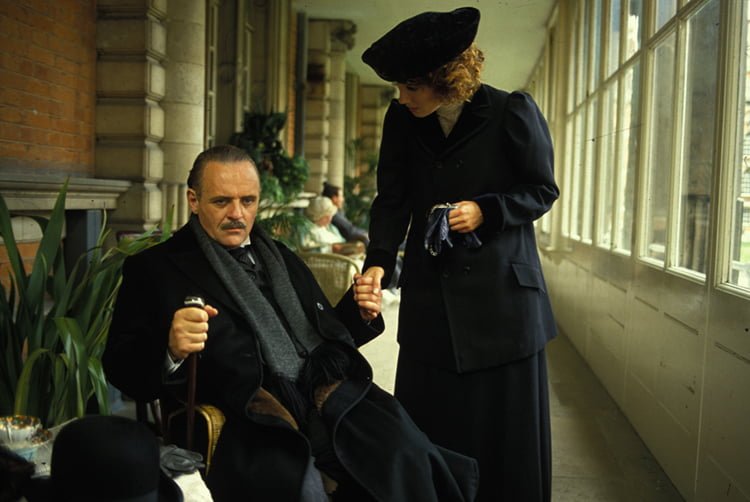 Finally, not so much a review here, but a brief note that the critically acclaimed 1992 period drama Howard’s End returns to theatres this week in a stunning, vibrant, and noteworthy 4K digital restoration.

The film remains one of the crowning achievements of the long revered filmmaking partnership between late producer Ismail Merchant and director James Ivory. Adapted from E.M. Forster’s 1910 novel of an unscrupulous, the sprawling tale tells mostly of a widowed businessman (Anthony Hopkins, playing possibly the most subtly loathsome character in a career full of miscreants) and his equally greedy immediate family trying to stop the bequeathing of a property owned by his dead wife (Vanessa Redgrave) to a recently down-on-her-luck friend (Emma Thompson, who would take home one of the film’s three Oscar wins) as repayment for kindness.

Growing a lot more narratively and morally complex as it progresses – expertly captured by Ruth Prawer Jhabvala’s award winning screenplay – Howard’s End unfolds at a deliberate, measure pace, and it always feels like so much is happening that Ivory will scarcely be able to contain it all. What emerges is one of the most intelligent literary adaptations of the 90s, and also one of the most sumptuous looking ones, making it more than worthy of the full scale restoration it has received. If you haven’t seen it and Edwardian era literature is your sort of thing, seeing it in the theatre is the only way to go.

Howard’s End is also the first step from Cohen Media Group towards restoring the entirety of the Merchant-Ivory catalogue, and if they all turn out as wonderfully as this, cinephiles have a lot to look forward to in the future.

You can catch the restored Howard’s End at select Cineplex locations this week.

Check out the trailer for Howard’s End: