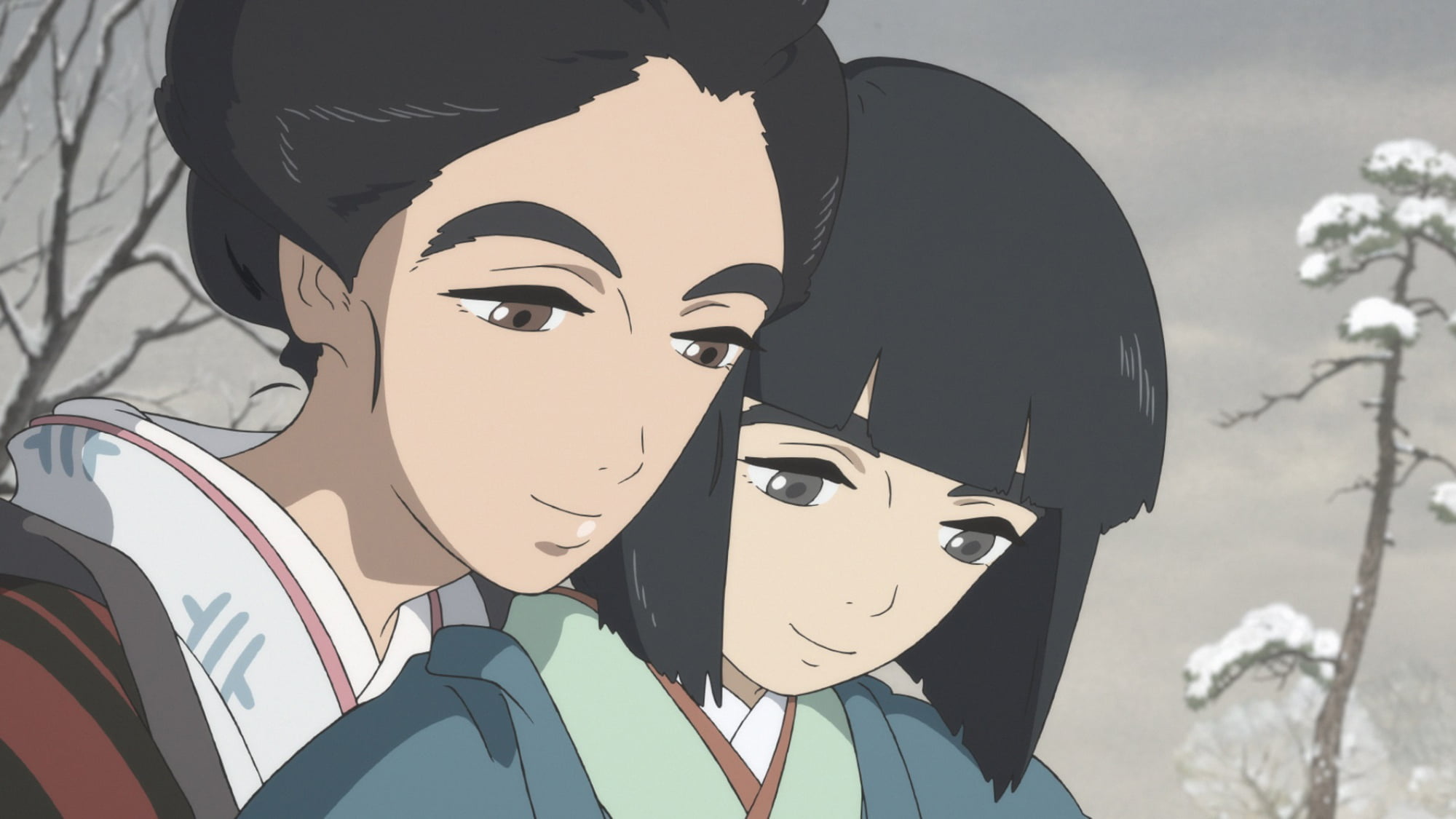 The Japanese animated feature Miss Hokusai takes a unique approach to history and biography that few live action films traffic in. More interested in how historical figures influence the people around them instead of how their work informed their lives, filmmaker Keiichi Hara’s subtle storytelling is less of a hagiography and more concerned with looking at the artistic process and character development through the eyes of someone who paid close witness to one of Japan’s greatest artists. It’s not the direct story of a historical figure, but about the imprint this figure leaves on those close to them.

Adapted from the serialized manga Sarasuberi by Hinako Sugiura, Miss Hosukai tells the story of O-Ei (voiced by Anna Watanabe, daughter of Ken Watanabe), the oldest daughter of Katsushika Hokusai (Yutaka Matsushige), a prolific and wildly diverse painter during the Edo period. The film starts in the summer of 1814, and is less concerned with plot and more concerned with examining how Hokusai’s historical influence on Japanese art and culture was seen by his daughter.

O-Ei doesn’t particularly like living with her father. She’d much rather be spending time with her mother, or her younger sister, O-Nao, who gets little respect from her father because she was born blind. O-Ei, quite the artist in her own right, helps out her aloof and occasionally lazy father, but mostly she sticks around because he hates being alone. They live a transient life alongside a drunken fellow artist that they have as a roommate. When one place gets too messy, they just pack up and move. They don’t cook. They don’t clean. The lifestyle is one where Hokusai focuses on work and nothing else.

Certainly not a film for kids or the easily distracted, Miss Hokusai is a warm hearted, thoughtful, and philosophical character piece about a talented and intelligent young woman living in the shadow of her famous father. She learns from him, he learns nothing from her, and the material allows for plenty of room for O-Ei to be critical of how he conducts his lifestyle and business. Most biopics of famous figures – animated or live action – tell a story of an artist from a close, unbiased viewpoint, and while Miss Hokusai isn’t a documentary, the approach is a refreshing one. There’s a palpable frustration exhibited by O-Ei, and rightfully so, but also a begrudging understanding and sympathy towards her father. It’s a very realistic depiction of a father-daughter relationship, especially when one half of the equation is a revered public figure. 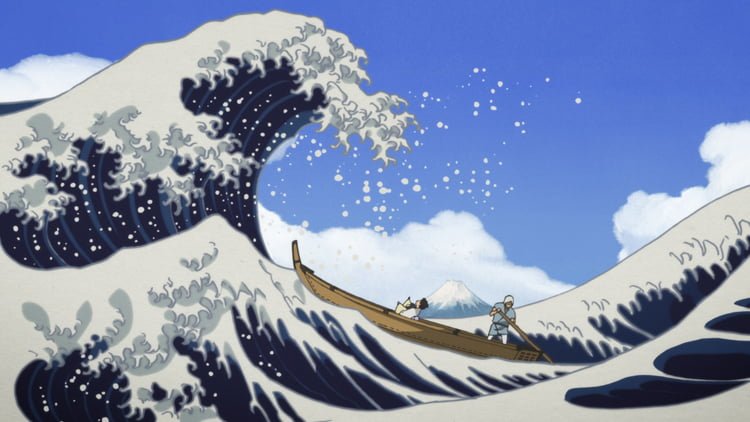 The real heart of the film isn’t the relationship between O-Ei and Hokusai, but between the two sisters. When these characters are placed together, Hara’s film roars to colourful, emotional life; one where the influence of the famed patriarch drifts away ever so slightly. What emerges from these moments and other similarly off topic character beats that are peppered throughout is a film that depicts a lifetime as a series of sometimes slight moments. It also helps to illuminate the artistic process, raising questions about the mentality and drive an artist needs to appear successful. Side sojourns where Hokusai talks about watching his hands turn into ghostly appendages or an anecdote about a woman who insists she can hear the voices of the dead through one of his paintings are expertly filtered through O-Ei’s position as the main storyteller.

This is a smartly written and performed film, but with a few minor stumbling points. The background design is stunning, but sometimes the look of the characters themselves can come across as cut rate in a “made for television” sort of way. Also, the musical score – which alternates between out of place electric guitar and the kind of orchestral arrangements better suited to 70s or 80s U.S. or British live action prestige pictures – distracts throughout instead of enhancing. But as a bit of storytelling, Miss Hokusai tells not one, but two great biographies at the same time in a remarkably captivating manner. It’s more O-Ei’s story than Hokusai’s, but both are fascinating people to follow around. It’s a family drama that emphasizes family and less of the drama.

Miss Hokusai opens at TIFF Bell Lightbox in Toronto on Friday, October 27. It will screen in both subtitled and dubbed formats. Check showtimes and listings for more details.

Check out the trailer for Miss Hokusai: