This week the Toronto Reel Asian International Film Festival – running from November 8 to the 19th – celebrates its landmark 20th year of bringing moviegoers in the GTA some of the best and biggest films in Asian cinema. Boasting a wide array of films from China, Japan, Korea, and across South Asia, and films by members of the Asian community living in Canada or abroad, Reel Asian continues to broaden not only the horizons of viewers, but the festival itself, growing bigger and bigger with each passing year.

Screening a diverse selection of fictional features, animated efforts, and documentaries around Toronto and Richmond Hill, Reel Asian has always prided itself on offering something for everyone (provided that the something is tied to the Asian community). This year there are programmes specifically for kids, a look inside the critically acclaimed CBC series Kim’s Convenience, photography exhibits, the always popular pitch competitions, a musically minded centrepiece presentation that finds Canadian pop rock outfit Obhijou coming back from their hiatus to perform alongside some deeply personal works by Asian filmmakers, and plenty of industry talks. I could go on, but for more details and to scoop up tickets to some of the awesome events they have planned, you’re better off just going to their website. You’re guaranteed to find at least one thing that will pique your interest over the next couple of weeks.

Reel Asian has always been one of the best curated and diverse film festivals in the city, and one that I hope gets supported by the community at large for another twenty years to come. To kick off our coverage of this year’s historic festival, here are reviews of five films screening this week and next. 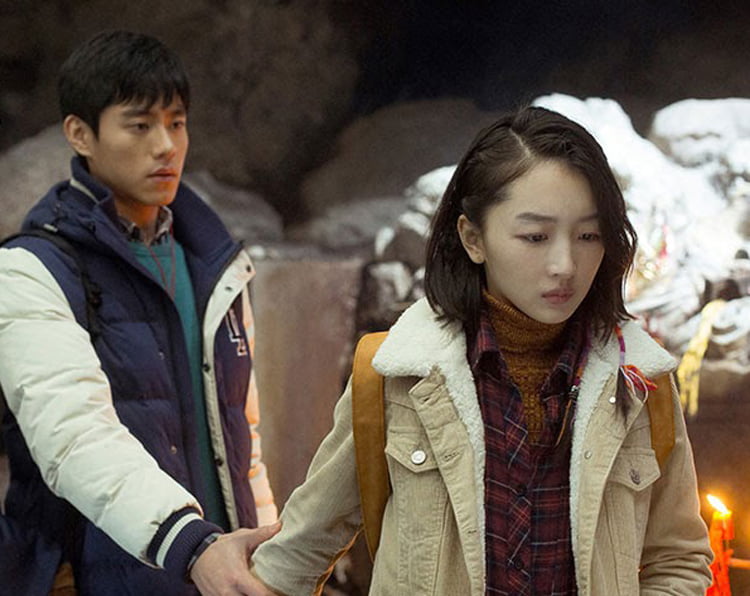 This year’s opening night film, Soul Mate, seems on the surface like a straightforward tale of female friendship, and director Derek Tsang approaches the material from a rather standard place, but it’s a lot darker and weirder than it wants to admit.

During their childhood, the studious and reserved Qiyue (Ma Sichun) and hell raising, free spirit Ansheng (Zhou Dongyu) became best friends. In their early twenties, Ansheng’s manipulative ways and inconsiderate behaviour – particularly when it comes to approaching Qiyue’s long term boyfriend (Toby Lee) – causes an irreparable rift between them. Some years after losing touch, a serialized online novel documenting the pair’s up and down friendship begins to make waves in the literary world.

The idea of documenting the kind of youthful friendships that build lifelong character traits but aren’t often built to last is a clever one, but there’s something about Tsang’s dark streak that’s almost too potent for its own good. For the majority of the film, Ansheng is framed as a dangerous sociopath that no one would want to be around, making it nearly impossible to care about the friendship since all the viewer wants Qiyue to do is run in the opposite direction and never look back. It’s directed like everything is fine, but everything is definitely not fine.

It’s oddly transfixing and frustrating until a major third act reveal – confirming the authorship of the novel in question – makes one thoughtfully reconsider everything that came before it. The twist makes more narrative sense than logical sense (including one major plot hole that never gets papered over), but it finally delivers a subtle, but necessary sense of emotion and empathy that the rest of the film lacks. It’s a good enough swerve to make one reconsider their opinion of the film as a whole.

One of the largest and most prominent fish market in the world, residing in central Tokyo, arose from the ashes of an earthquake ravaged former marketplace that traded in the same stock for centuries. The Tsukiji Fish Market inspires awe in outsiders who can marvel at the energy and scale of the day to day operations that bring top quality seafood to diners around the world, while instilling confidence in restaurateurs, retailers, and consumers that the infinitely knowledgeable wholesalers who operate on site are delivering the best possible product at the best possible price.

Naotaro Endo’s overwhelmingly comprehensive documentary Tsukiji Wonderland leaves no stone unturned in terms of looking at everything about the market, from its history to day-to-day operations to the impact it has on how people eat. Everything down to the making of the ice to keep the fish fresh gets covered in specific detail. At times, the film can seem a bit overstuffed and somewhat repetitive, but Endo always perfectly captures the hustle and bustle of all 60,000 of the market’s consumers, workers, and managers.

Also, as an added bonus, following the screening in a different area of the Lightbox, chef Sang Kim will hold a special talk and sushi demonstration tying into the history of the market and Japanese cooking. It starts shortly after the film ends, costs $10 (with tickets sold at the door following the screening), and sounds like an awesome pairing of a film with an extra special talk.

I’m not exactly sure why documentarian Salima Koroma decided to call her look into the misunderstood world of Asian rappers Bad Rap. I can appreciate the play on words that tries to support her film’s thesis: that Asian rappers face a massive uphill battle in getting critical, commercial, and peer respectability. At the same time, it kind of suggests that the music being profiled, quite bluntly, isn’t very good.

Wonky title aside, however, Koroma follows various Asian-American wordsmiths as they attempt to crack the ceiling of the rap game. There’s Dumbfoundead, one of the most prominent members of the Asian rap community that’s still struggling to land a major record deal, Awkwafina, a laid back female rapper who often gets dismissed by narrow minded critics as a hipster with a gimmick, and Rekstizzy, a man of many ideas who often comes off as a bit of a clown prince of the game.

Koroma nicely shows the dedication of her subjects to their craft, and allows a perfect sounding board for the frustrations faced by these hard working artists. There’s also a great history lesson in here about the history of Asian contributions in hip-hop that often go overlooked and serious discussion about the differences between cultural inclusion and appropriation. Shame about the title, but the film itself hits all the right beats.

Award winning short filmmaker, visual artist and Calgary native Randall Okita stumbles somewhat with his debut dramatic feature, The Lockpicker, a sometimes affecting and initially ponderous look at a young man dealing with the aftermath of a tragedy.

Hashi (first time actor Keigian Umi Tang) is a Toronto area highschooler and petty thief who internalizes a lot of what he feels in the wake of a violent incident and dreams of a life far away from his west end community.

While Okita remains a strong stylist, the first forty minutes of The Lockpicker are quite a slog, with the filmmaker spending longer creating a vibe than trying to tell an engaging, emotional story. Eventually the narrative begins to find some footing, but by the time it all wraps up, the viewer doesn’t end up knowing much more about the characters than they did when they started. The emotion that does arrive comes far too late.

There are plenty of classic teen movie themes here – bullying, depression, restlessness, awkwardness – but Okita (who worked hand in hand with highschoolers behind the camera to get a sense of authenticity) remains stringent in his desire to eschew perceived clichés that he forgets to give much of anything at all. Still, in its best moments, there are flashes of Bressonian stoicism that are quite poetic, and Tang delivers what I hope is a star making performance. There’s a lot to like here, but for Okita’s first feature it’s a bit of a letdown.

There are plenty of popular sports movie clichés in play in the feature filmmaking debut of Chan Chi-fat, but the charming and stunningly photographed Weeds on Fire wins viewers over at every turn by never making the beats audiences around the world have seen countless times before too goofy or too unnecessarily melodramatic.

Set in 1984 Hong Kong, Chi-fat tells the tale of the Shatin Martins, the first youth baseball club, the Shatin Martins, a bunch of ragtag teens living on the margins in one of the city’s growing number of estate communities. Although the principal at the lowliest academy in town is keen on forming the team, no one seems too excited to fund it, thinking it will make already problematic students into bigger nuisances. They start off so poor that the players are using paper bags on their hands for mitts while practicing.

The low budget keeps specific period details in Weeds on Fire to a minimum, but the score and overall use of classic sports movie beats (montages, comedic botches, a rocking, relentlessly catchy synth score) help to sell the material. From their less than stellar beginnings as a team (told from the modern day reflections of a former pitcher) to their eventual rise to success and personal growth, nothing about Weeds on Fire is particularly surprising, but it is consistently entertaining. Chi-fat has definitely made a crowd pleaser, but he’s also made one that doesn’t talk down to the audience or press things more than absolutely necessary. Sports movie buffs will get a huge kick out of this one.