American filmmaker Jeff Nichols has never been a bombastic or flashy filmmaker, but he’s always an emotionally powerful one. In films like Take Shelter, Midnight Special, and Mud, Nichols solidified his reputation of telling entertaining human dramas (all of which are set mostly in the southern United States) with a healthy balance of verite-styled technique and escapism. There are soaring, shocking, and touching moments in these films, but none are delivered in hackneyed, overblown fashion. He’s a subtle filmmaker that allows the characters and their desires to largely speak for themselves. He has an immense visual talent, but his films are most successful in how he allows his cast and the desires of the character forward often fantastical stories built around subtle human drama.

The fantastical element of Nichols’ most recent efforts is jettisoned for his latest and best effort to date, the historical romance Loving. It’s a stripped down, heavily internalized, quiet, and contemplative look back at the controversial 1958 marriage between Richard and Mildred Loving (played by Joel Edgerton and Ruth Negga), a white man and black woman who got married legally in Washington D.C., only to return to the Virginia hometown and face arrest, prosecution, and persecution for breaking anti-miscegenation laws forbidding a man and woman of different races from such a coupling. If Richard simply had kids and raised a family with Mildred, people in the culture of the South at the time would have looked down upon them, but they wouldn’t have broken the law. By professing their love to the world via a legally binding document, they sparked a decade long battle that would force them from where they wanted to raise their children and away from the place they called home.

The most immediately striking thing about Loving is how eloquently, subtly, and quietly Nichols conveys a sense of place and love, even more than his previously sparse efforts. Many scenes, including the opening one where Mildred tells Richard she’s pregnant, and punctuated by incredibly natural, but never uncomfortable silences. The space between words being spoken are filled by the sound of the wind, the humming of bugs in the summer air, and unspoken thoughts that can be read on the faces of actors far more effectively than any rigorously written dialogue ever could. Nichols’ script to Loving is purposefully sparse, but his direction of the same material is expansive in ways few veteran filmmakers can pull off. That Nichols is still a relatively young talent means that even something as exemplary as this could still be topped and outdone, but he’s set the bar high for himself.

Richard and Mildred are simple, likable people of few words even to their closest friends. Even when confronted with the horrible racist philosophies trying to tear them apart, they wear their pain and anger more on their faces than they lash out with words. Edgerton portrays Richard as a man with lots of love to give, almost looking like a wounded, cornered child whenever there’s a new setback. Negga, in not only a star making turn but one of the best performances of the year, can say more to someone with a glance than most actors can say with a monologue. Reading the faces of these two performers is nothing short of revelatory, and they match Nichols’ approach to the material perfectly. 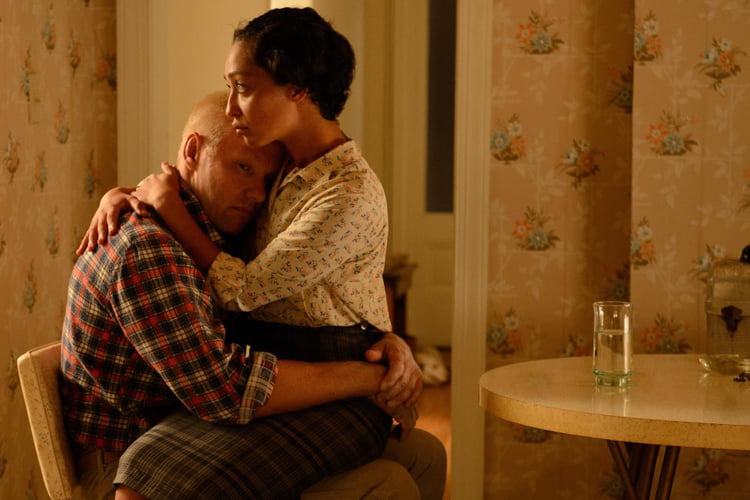 There’s an alternate universe version of Loving where everyone breaks out into grandiose speeches, history is distorted in favour of suspense and tearjerking moments based purely in audience manipulation, and an inspirational score soars whenever someone realizes that love is what unites us all as human beings. It could also be a great looking and well acted film, but it would also be hollow entertainment. At the midway point when an ACLU lawyer (played nicely against type by Nick Kroll) agrees to take their case, he’d be made the hero. When Mildred starts going to the press to bring attention to their cause, the more simpleminded Richard might have blown a gasket and manufactured drama for their marriage. Those things don’t happen, and Loving works better than such a skewed narrative because it feels painfully realistic. As characters and as human beings, Richard and Mildred are given agency over their own story of struggle. Everything that happens in Loving happens because they believed it could and because they believed in each other.

Loving never feels like a documentary, but always like the viewer is an active witness to struggle and romance at the same time. It ends just as quietly as it begins. It’s the story of a man and woman who wanted to keep to themselves, but not if it meant losing each other. It’s the definition of the film’s title and the ironic surname of the real life figures at the heart of it. Loving is the kind of film the world needs right now.

Loving opens in Toronto on November 11, in Vancouver and Montreal on the 18th, and in Ottawa, Quebec City, Halifax, Winnipeg, Calgary, and Edmonton on the 25th.

Check out the trailer for Loving: