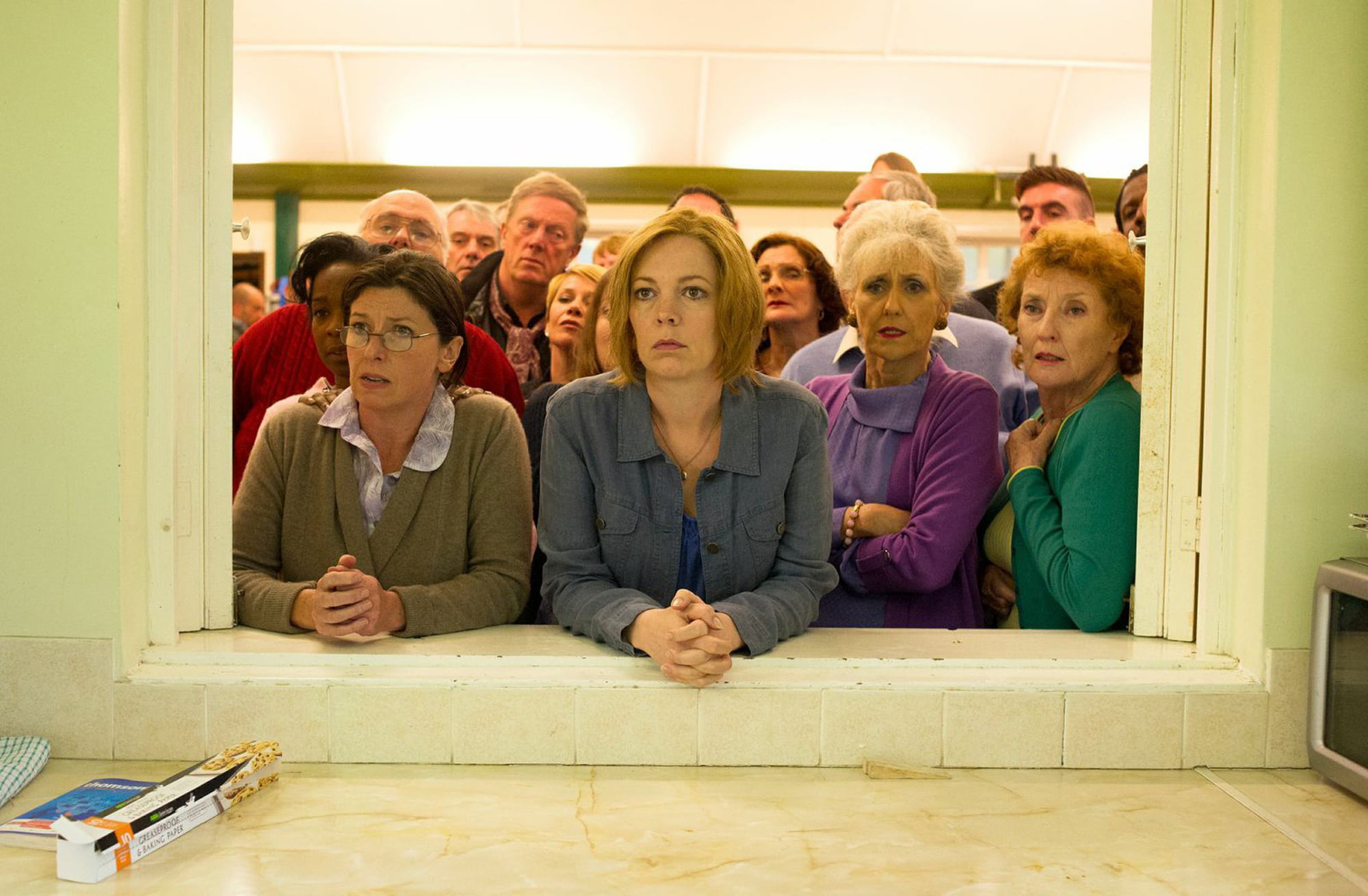 Part drama, part procedural, part musical, and part documentary, Rufus Norris’ cinematic adaptation of National Theatre’s London Road is a hard film to peg down, but a consistently engaging and inventive experiment to behold. It will probably appeal mostly to musical and documentary buffs – two genres that rarely experience any overlap – but for anyone in the mood for something that bucks against the norm, London Road will stun and delightfully perplex from the opening frames.

It’s a true story set up befitting of a more sensationalized reality television show than a thoughtful motion picture. Between October and December of 2006, the titular sleepy street in the relatively crime free British hamlet of Ipswich  was ruled by fear. The bodies of five prostitutes were discovered, and their deaths were deemed to be the work of a serial killer living somewhere in the neighbourhood where they were discovered.

The text of the London Road, for those unfamiliar with the landmark stage show that it spawned from, comes directly from approximately three year’s worth of interviews with Ipswich residents who lived through the media circus that surrounded their community. Writer and lyricist Alecky Blythe adapted the transcripts of the interviews right down to the cadence of the subjects, and Adam Cork provided the music to give the transcripts a sing-song tone. It’s as untraditional as musicals tend to get, but it’s a fascinating approach. The songs aren’t traditionally catchy, but more often than not, memorable. People pause, stumble over their words, slur, and get confused or distracted often mid-song. 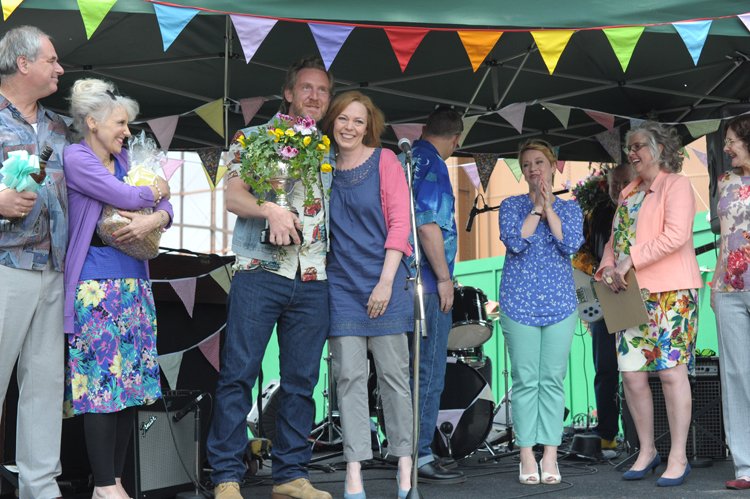 Teenage friends speak in gossipy tones about the danger lurking around every corner. Residents are shocked and mystified that the accused killer (who never gets glimpsed) lived in the neighbourhood for ten weeks and no one noticed or saw anything amiss. The tragedy leads to a renewed sense of civic pride, albeit one that conveniently places the victims out of sight and out of mind simply because they were prostitutes and not decent, hard working British folk. (And yes, in an echoing of Trump’s America and post-Brexit England that’s more prescient now, many residents are quick to blame an influx of non-white immigrants, almost none of whom are glimpsed, for Ipswich’s sudden crime spike.) The first half of the film takes place largely at Christmastime, so many of the songs cheekily use traditional carols as starting points. Reporters race to cover the verdict of the trial like a veritable Greek chorus. All of this adds layer upon layer to an already ambitious production that Norris delivers with near perfection. Instead of just being dramatically intriguing, London Road is also sociologically fascinating.

With the exception of Olivia Colman playing a go-getting civic minded resident and a cameoing Tom Hardy as a serial killer obsessed cabbie, most of the cast here comes directly from the original National Theatre stage production. I dare say that the cast acclimates itself and the material better to film than it does to the stage. Watching these events and recollections transpire in more natural and sometimes even more claustrophobic environments lend the lyrics and writing the surreal, dreamlike quality it deserves. It also helps to elevate the film during its rather slow finale, which although I’ve never seen the stage show performed has to work better on film than it does in a theatre thanks to its overwhelming, almost puzzling and alienating subtlety.

Outside of possibly wearing out its welcome a bit too early, London Road remains a successful experiment, and one that viewers would likely want to see others tackle in the future. It’s a wonderful blend of entertainment, subtext, sorrow, intelligence, and craft the likes of which most viewers probably haven’t experienced before.

Check out the trailer for London Road: