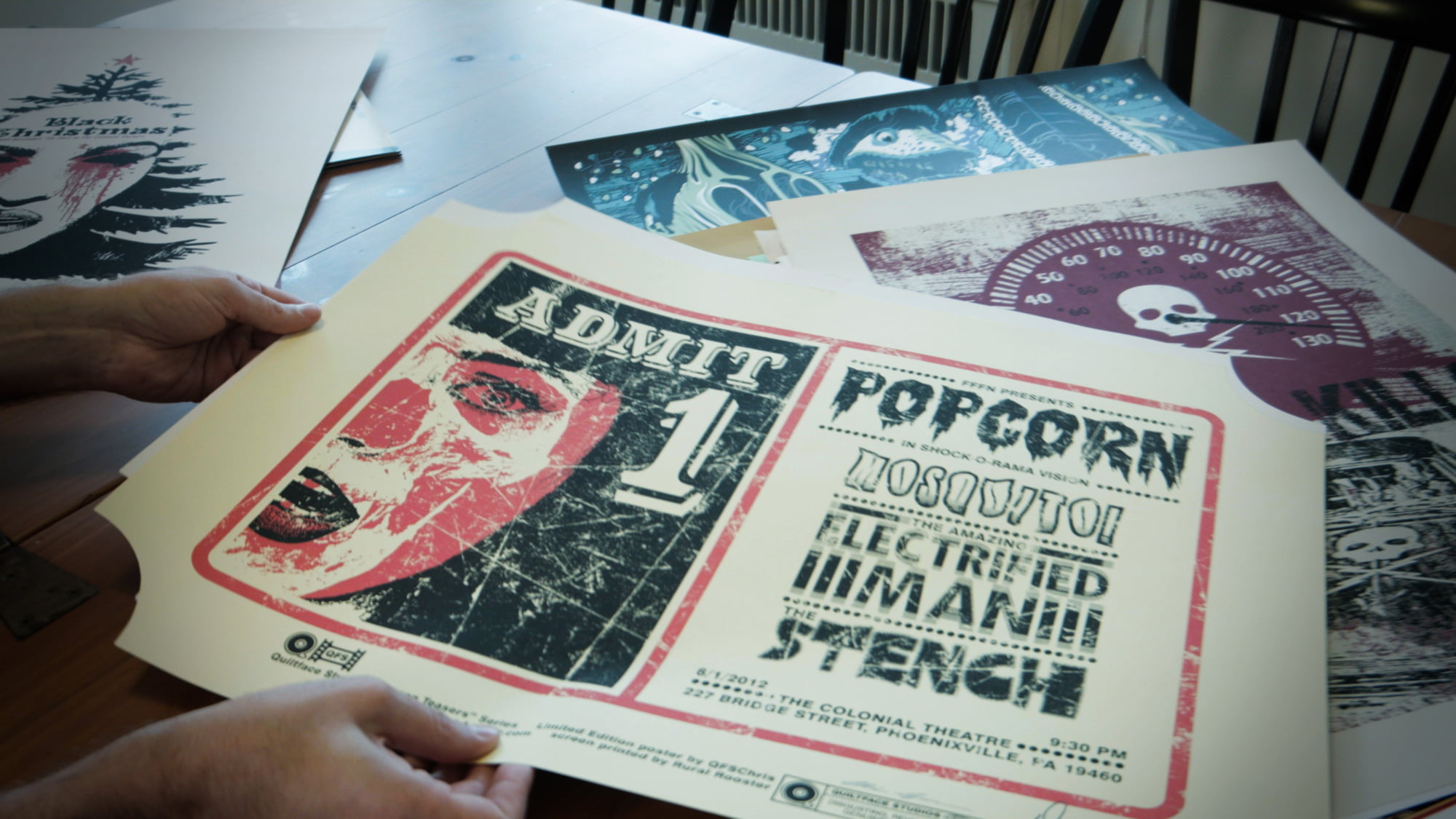 Now entering its fifth year, the horror minded Blood in the Snow Festival (which has emerged to become the last major, noteworthy Toronto film festival in the calendar year in a city full of them) begins a move to bigger and better surroundings. This year making a movie to the larger cinemas at Cineplex Yonge and Dundas and running from November 25 to the 27th, Blood in the Snow makes a case that it’s here to stay and that it’s only getting bigger with a weekend long line-up of 9 features, 24 shorts, and a handful of industry panels and mixers.

With an eye towards showcasing the best in Canadian genre filmmaking, Blood in the Snow’s late fall, weekend long shindig remains one of Toronto’s lone, uniquely Canadian genre showcases. Outside of showing giving a leg up to showcase some of Canada’s best up and coming talents, it’s also a chance for Canadian genre fans to see features that often go overlooked by mainstream theatre chains, cable networks, and distributors. It’s a festival that never shies away from the blood and gore, but it’s also an incredibly supportive environment to debut a genre film that might otherwise have a hard time finding a leg up in the Canadian marketplace.

For tickets, passes, a full line-up of features, or more information, check out the Blood in the Snow website, but now in honour of the festival’s fifth anniversary, here are five things you don’t want to miss from the 2016 programming lineup. 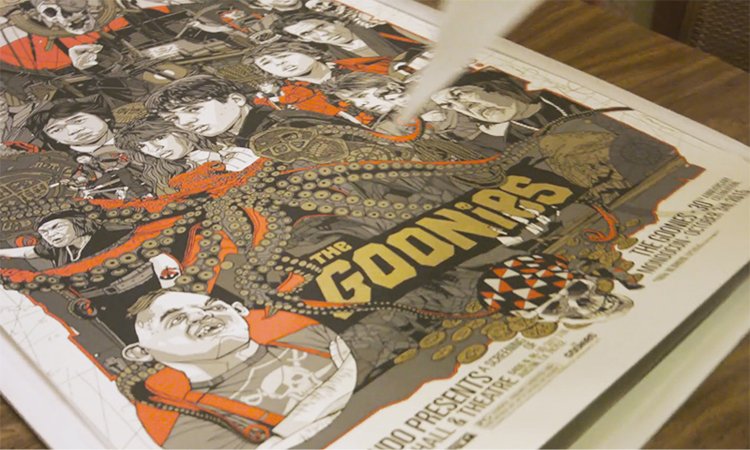 Spoiler alert: the opening night film at Blood in the Snow isn’t a horror film. It isn’t even scary in the slightest. It’s actually an already critically acclaimed documentary from Kevin Burke that’s finally making its long awaited Toronto debut. Burke takes a look at one of the most beloved pieces of pop culture ephemera – the traditional motion picture one-sheet (or poster as the laypeople call it) – and traces its history from marketing tool to viable piece of artwork to fan art back to becoming a marketing tool and becoming an unlikely huge business. Classic motion picture purists will appreciate Burke going back to the roots of poster art and collecting to tell viewers why they should care about things that were routinely thrown out and never thought of again, while modern collectors will salivate over inner looks at designers, artists and companies creating “Mondo” posters of classic and modern films. You’ll look at movie marketing materials in a whole new way and realize that every major largely photoshopped promo poster since the 90s looks remarkably terrible compared to how they used to be and how independent designers are creating them now. It ain’t horror, but it’s definitely looking at art. 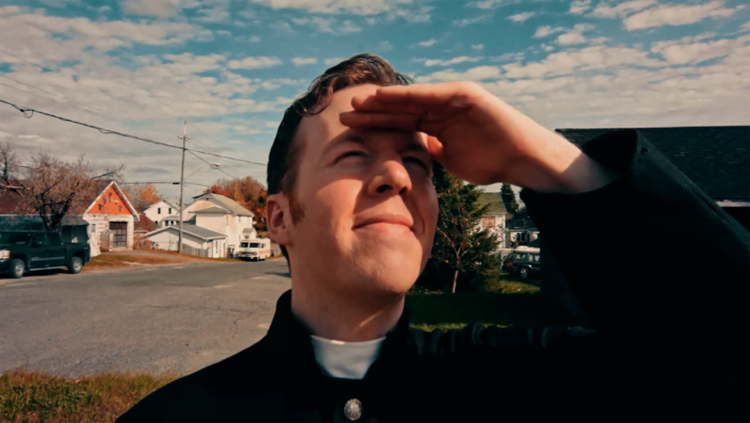 Not to be confused with the documentary of the same name that debuted earlier this year at Hot Docs made by a brave man escaping a cult after twenty years on the inside, Ryan LaPlante’s certifiably bonkers and deliberately offensive Holy Hell is this year’s selection for Blood in the Snow’s annual late night grindhouse selection. It’s the blood and sex drenched story of Father Augustus Bane (played by LaPlante), a deranged preacher out for bloody revenge on the thugs who massacred his parishioners. Films pitched in this kind of sleazy, outmoded style often walk a fine line between being too much or not enough, and while Holy Hell certainly isn’t for mostly everybody, it succeeds where other films that try to blend offensive humour with purposefully offensive genre trappings from the 1970s. It not only goes for broke, but sustains its own skeezy energy throughout. It’s an easy film to hate, a hard film to love, and I think that LaPlante gleefully wouldn’t have it any other way. 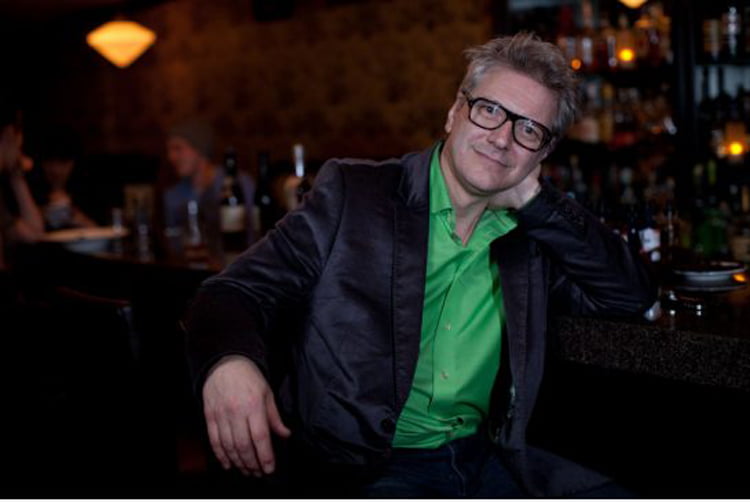 Film critic, pundit, writer, podcaster, and television host Thom Ernst recently returned to Bell TV-1 with a new series titles Making Movies the Canadian Way. On his latest show, the charismatic Ernst brings his easy going, warm-hearted conversational style about cinema to panel discussions with Canadian filmmaking, acting, and producing icons. At Blood in the Snow, Ernst will be conducting a live taping of his show with festival audiences, mounting an episode that will look backwards and forwards at Canada’s rich, sometimes unjustly overlooked history of horror and exploitation filmmaking. A handful of industry titans will discuss the likes of My Bloody Valentine, The Brood, Dead Ringers, Happy Birthday to Me, and cult favourite Curtains.  For anyone interested in Canadian horror cinema, this panel, taping, and discussion is a must attend.

The panel discussion and taping happens on Saturday, November 26th at 2:00 pm

BITS has always had a strong showcase of short filmmaking, as exemplified by this year’s proper shorts program that happens on Saturday night at 7pm, and also by the short films selected to play before each of the feature film selections. But this year, there’s no more inventive overall packaging of shorts with a feature than what audiences will get before the ingenious anthology chiller 3 Dead Trick or Treaters. The feature itself, a four years in the making labour of love for filmmaker Torin Langen, spins some seasonally appropriate, Creepshow-styled morality tales that unfold almost entirely without the benefit of dialogue. It’s a unique approach that works wonderfully in relationship to the film’s overall moody aesthetic. And if the originality of the feature tickles your fancy, the BITS programmers have paired it with not one, but two equally sparse shorts: Charlie Lawton’s simply chilling woodland set horror No Trespassing and Tyson Carlson’s Stillborn, the latter of which starts with a nursery rhyme before going eerily quiet, but offers the biggest patch of dialogue attendees of this standout programming package will get throughout the entire show. It helps that it’s all universally strong stuff that has been made with lots of thought, craft, loving detail, and scares. 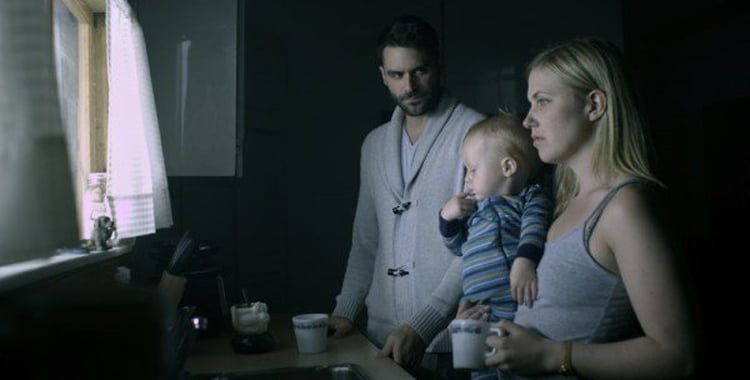 Although it debuted at the Whistler Film Festival last fall and found a home on SuperChannel, it’s nice to see writer-director John Ainslie’s chilling psychological thriller The Sublet finally get a proper Toronto debut as this year’s closing night film for Blood in the Snow, especially since it’s a film that was clearly made with theatrical exhibition foremost in mind. Bolstered by a great leading performance from Tianna Nori, The Sublet has shades of themes similarly seen recently in The Babadook and Under the Shadow. Nori plays a young mother trying to protect her baby girl from unseen dark forces in the titular apartment. It’s atmospheric and unnerving, but never unbearably so, and while Ainslie does rely on some clichés, he utilizes them to the film’s advantage by knowing how to pull them off and never trying to employ them in a way that will goose the viewer at the wrong time. It’s a shame this one got a bit ignored earlier this year, but thankfully it has been given a proper second chance in a theatre here.