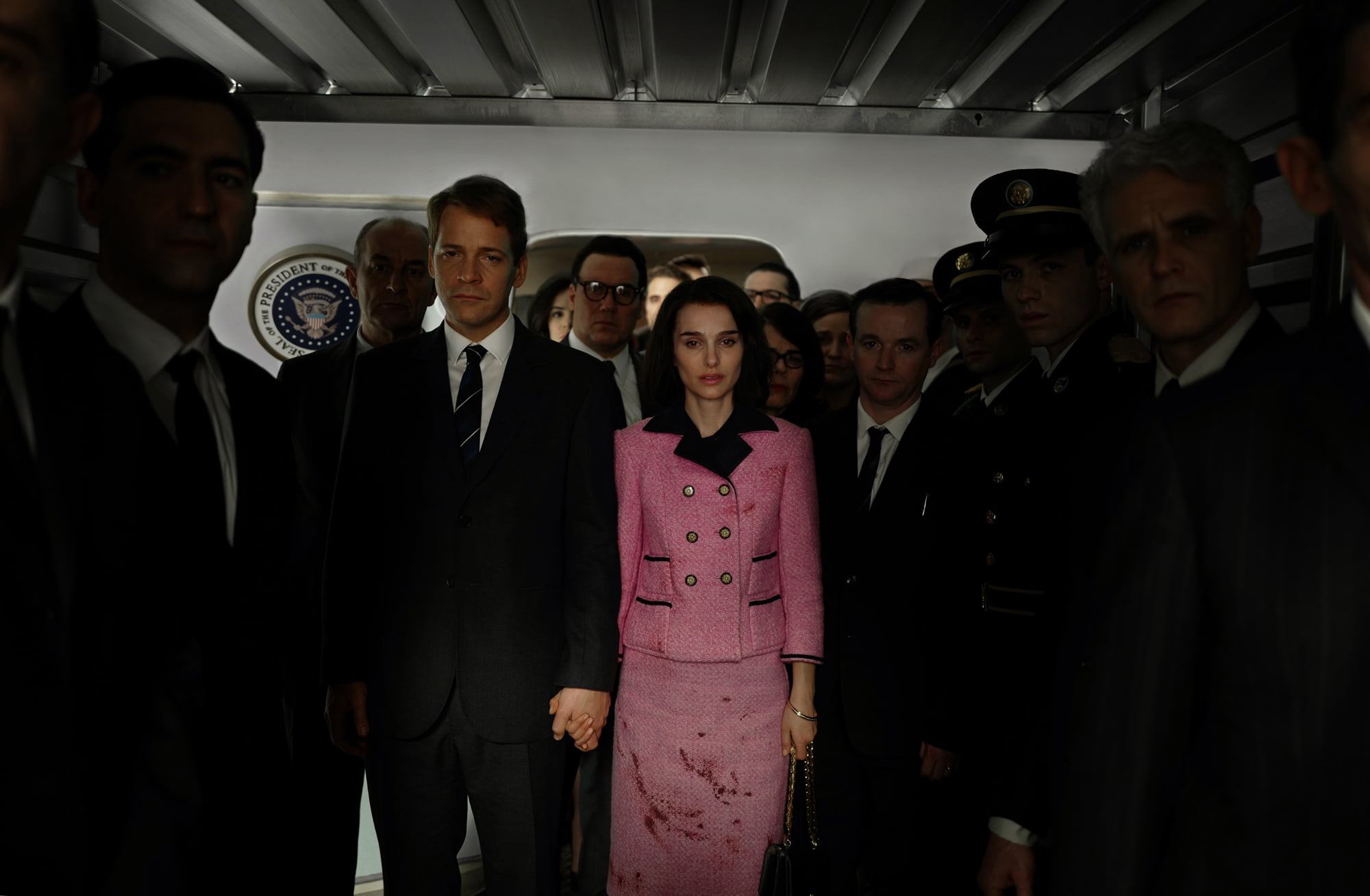 Less of a straightforward historical biopic and more of a poignant look into how a high profile public figure tries valiantly to navigate the grieving process, Chilean filmmaker Pablo Larraín’s English language debut Jackie belongs to leading actress Natalie Portman and no one else. This isn’t simply because Portman is delivering one of the best leading performances in any film this year, but also because the film has been built around following former First Lady Jacqueline Kennedy over a compressed, trying period of time. There’s a little in here towards the end about the mythmaking of American Camelot, but that’s a footnote compared to the film’s focus on one woman’s struggle to deal with shock, grief, survivor’s guilt amid a rarely glimpsed media circus.

Larraín and screenwriter Noah Oppenheim (The Maze Runner, Allegiant) focus specifically on the events that occurred during and after the 1963 Dallas motorcade that took the life of U.S. President John F. Kennedy and several weeks after when Jackie agrees to open up to an unnamed journalist (played by Billy Crudup). There’s a few peeks into happier times for the Kennedys, mostly by way of some recreated archival footage of the First Lady showing off the newly redecorated White House, but Larraín and Oppenheim never stray from Jackie’s torment for too long. The director and writer bounce back and forth predominantly between the aforementioned sit down interview from the cold, Hyannis Port, Massachusetts compound Jackie wants little to do with, moments the First Lady spent with Bobby Kennedy (Peter Sarsgaard) and close assistant Nancy Tuckerman (Greta Gerwig), and a little bit where she attempts to find solace by talking to a priest (John Hurt).

The result of such a well plotted, non-linear structure is a pointed recollection of loss as it often plays out in the mind. One memory will lead to another and then double back on itself to another time. The fact that the main figure of the story is Jackie Kennedy, one of the highest profile debutantes and political figures of the twentieth century and a woman as beloved as she was vilified by her husband’s political opponents, is immaterial. This is a humane picture that’s only harbours passing concerns about the Kennedy legacy, and more about how trying and painful it is to be a woman in what was then a relatively thankless position of pseudo-authority while going through a personal tragedy. It’s easy to say that Jackie’s loss was America’s loss, but it’s another entirely to look at the Kennedy assassination from such an almost uncomfortably personal perspective. This isn’t a film about her husband struggling with political forces, Communists, or the couple’s struggles with infidelity issues. This is a film staunchly about a moment in time where someone had their entire life ripped away from them in the blink of an eye. 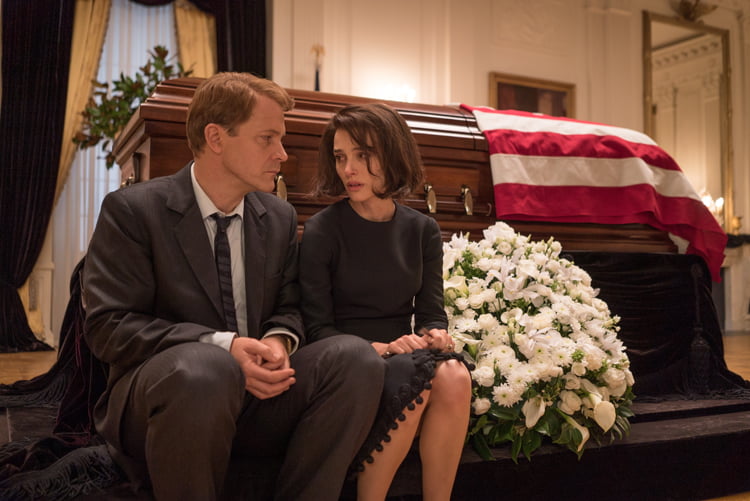 Oppenheim provides the structure, and the substance is well within Larraín’s increasingly strong directorial wheelhouse. Jackie will be the third film by the still young Chilean to be released this year (right behind The Club, which opened this past spring, and Neruda, Chile’s selection for Best Foreign Film contention which opens in Toronto next weekend), but it’s assuredly his most accomplished effort to date. Larraín does everything he can to visually depict the emptiness and void that John has left in Jackie’s life, but creating a bold balance between barren and busy negative space. Jackie is rarely alone, but in the few moments where she’s allowed such a seemingly insurmountable luxury, there’s always a world of artifice, decoration, and bric-a-brac surrounding her. Jackie’s Catholicism and celebrity status also help to continue Larraín’s dual obsessions of pop iconography and crises of faith.

But Larraín also knows that Portman has the entire film well in hand, seemingly following the lead of his actress and not interfering too much with her process outside of creating the visuals and assembling the story. In terms of capturing Kennedy’s appearance, mannerisms, accent, cadence, gait, and temperament, Portman is nothing short of spot on, and yet it isn’t a mere impression of a famous, oft filmed figure, but more of an homage. Portman is a savvy performer who knows that feelings of true guilt can’t be faked, and that any attempts to recreate such things while doing an impersonation would come across as cruel. What emerges is a portrait of a person who desperately wants answers as to why such an awful thing could happen, while simultaneously attempting to balance her duties as a mother, a public figure, and a recent widow. Via Portman’s performance and Larraín’s clearly defined but directorially relaxed framing of it, the viewer can’t help but be moved by the plight of the well documented figurehead at the centre of the narrative.

The lion’s share of praise that will be heaped upon Jackie will largely fall at the foot of Portman, and rightfully so, but there’s still a lot to love beyond the soulful performance at the centre of the film. Portman finds great dramatic partners in Sarsgaard and Crudup during the film’s most memorable scenes. The evocative musical score from Mica Levi (Under the Skin) creates an unnerving foreboding tone matched expertly by Stéphane Fontaine’s exceptional cinematography. Portman will lovingly get noticed for her work her, and in turn bring audiences into a rather lovely and poignant film that supports exceptional work from its star. The marriage between JFK and Jacqueline Lee Bouvier is one of the most famous real life couplings ever written about, but the marriage between Larraín and his star is a great one, too.

Jackie opens in Toronto on Friday, December 9th. It opens in Vancouver on December 16th, and it opens wide across Canada on January 27th.

Check out the trailer for Jackie: