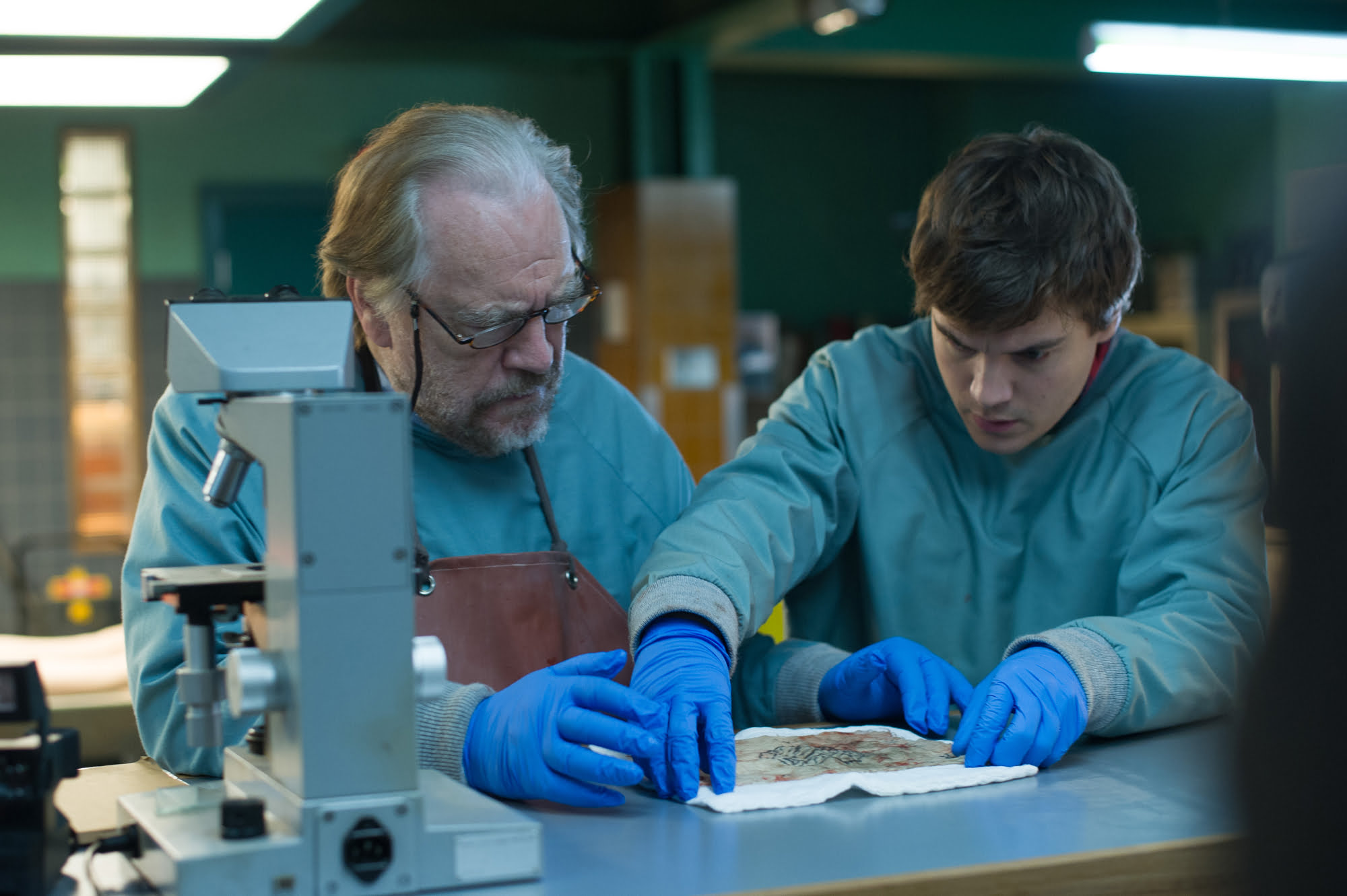 Somewhere between an above average re-run of C.S.I. and a somewhat forgettable Tales from the Crypt entry lies The Autopsy of Jane Doe, a standard, but well executed chiller that casts Brian Cox and Emile Hirsch as father and son coroners pondering over an exceptionally spooky and troublesome corpse. The latest film from Norwegian filmmaker André Øvredal (Trollhunter), The Autopsy of Jane Doe holds very few surprises, but at least makes up for its lack of creativity with a pair of dependable performances and a wealth of style practically bursting out of its small package.

Cox and Hirsch star as Tommy and Austin Tilden, the second and third generation proprietors of a small town Virginia morgue and mortuary. Austin is on the verge of leaving the family business behind following the death of his mother and the increasingly antsy nature of his girlfriend (Ophelia Lovibond), but he can’t break it to his world-weary pops just yet. One fateful, stormy night, Austin blows off a date with his girlfriend because the local sheriff (Michael McElhatton) has brought in a corpse that has him at a loss and in a tizzy. It’s the body of a naked woman in her late twenties with no ID and no fingerprints on file that was found in a shallow grave in the basement of a home where a double homicide occurred. There isn’t a scratch on the outside of the body, and the woman appears to have no ties to the victims that were upstairs.

Tommy and Austin set about doing their job investigating the cause of death, and Øvredal makes things unsubtly crystal clear from the outset that something is amiss; not even waiting ten full minutes before throwing a jump scare at the audience. It’s all in good fun, but these kinds of shenanigans have been done before and better. Things start off unusual, but rather normal for the father and son. Cox tries to rationally explain how some physical anomalies outside and inside the body could be possible, while Hirsch looks on worried that maybe they won’t figure out what happened.

Then the doors start creaking or mysteriously opening, the family cat provides a clue as to what’s going on, the old school corpse bells start ringing, the radio they listen to goes haywire, the storm outside gets stronger and stronger, lights flicker, and so on and so on and so on. The Autopsy of Jane Doe won’t win any points for originality in terms of how it goes about goosing the audience. Øvredal’s scare tactics are classic, sometimes tiresome B-movie clichés, but he employs them effectively and makes sure to include just enough to care about outside the shocks and some top notch gore effects. (It should also go without saying that this isn’t a film for the squeamish. It certainly delivers on the title.) 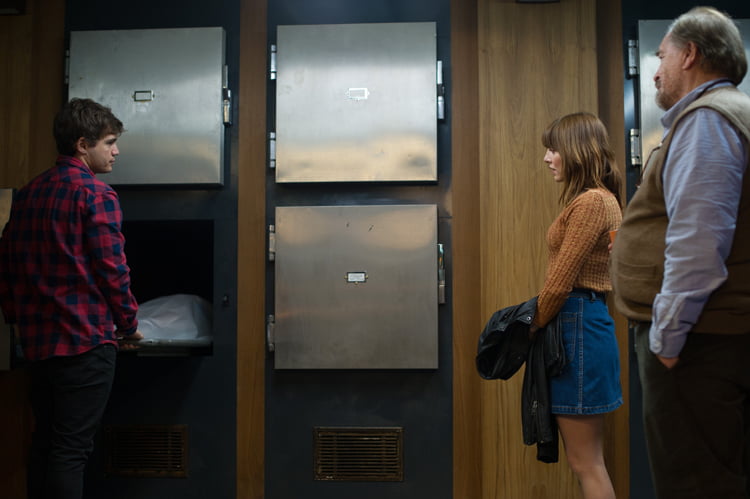 Hirsch and Cox make for a believable and likable pair, and since they’re largely the only people on screen for most of the film’s 80 minute running time (outside of Olwen Catherine Kelly’s exquisite looking corpse) it’s up to them to sell the material. It’s a great example of two capable professionals who don’t look down upon genre cinema and complimentary talents capable of bringing out the best in each other. The script from Ian B. Goldberg and Richard Naing gives them a lot stock dialogue and situations to play out, but Hirsch and Cox take their roles as seriously as Øvredal takes the scary stuff.

There’s not much else to say about The Autopsy of Jane Doe. It will play out probably how one expects it will from the opening scene with almost no deviation. However, that lack of surprise doesn’t mean it’s a bad little horror flick. Genre fans will love it in the moment, and sometimes that’s all that matters. You just won’t get much more than what it says on the tin. It’s a shame that this is the feature follow-up that Øvredal chose to make after a film as riotously entertaining and adventurous as Trollhunter, but at least it shows that he still has a considerable amount of skill to offer to seemingly lesser material.

The Autopsy of Jane Doe screens on Wednesday, December 21st and Thursday, December 22nd at select Cineplex locations across Canada as part of the newly revived Sinister Cinema series.

Check out the trailer for The Autopsy of Jane Doe: