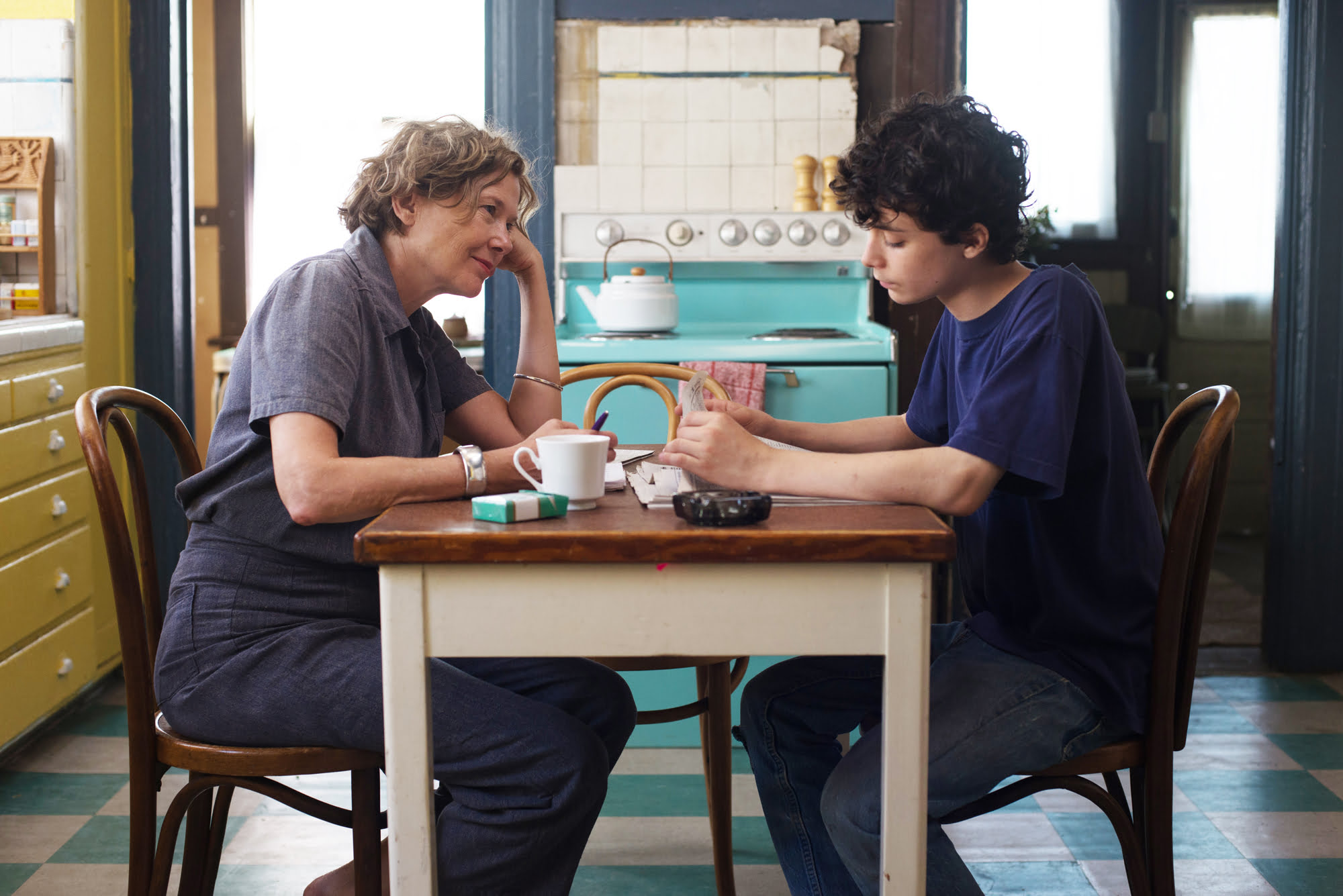 Calling a film “the kind of motion picture we need right now” might strike some fellow critics as a hokey, clichéd, and trite sentiment, but in the case of Mike Mills’ overwhelming and emotional comedy-drama 20th Century Women I can’t think of a more appropriate statement. At once an exceptional work of mood and feeling and a subtle lashing out at our current climate of “mansplaining,” Mills’ late 1970s period piece and veiled personal reflection is the kind of movie that would appeal to anyone with a heartbeat. It’s a crowd pleaser, a laugh riot, a tearjerker, and it comes by each of those designations with remarkable honesty.

Mills’ critically acclaimed 2010 feature Beginners was a semi-autobiographical look at the writer-director’s relationship to his estranged father, and 20th Century Women now stands as a love letter to his mother. To some degree, it’s fascinating to think about both films as working somewhat in tandem despite taking place in different eras and among different fictionalized avatars, but as a standalone piece 20th Century Women works much better as a whole than its well acted predecessor.

20th Century Women takes place in and around Santa Barbara, California circa 1979; the waning days of the Jimmy Carter administration and the last gasp of peace, love, freedom, true punk rock, and hope before the Ronald Reagan era would turn America into what it has become today. Jamie (Lucas Jade Zuman) is an average fifteen year old teenager trying to find his way in life. His father isn’t in the picture, and his mother Dorothea (Annette Bening) places a lot of trust in her kid and her own parenting skills, hoping that Jamie always makes smart, informed decisions without any need to smother the young man with counterintuitive forms of discipline or a stringent set of house rules. He’s getting to a point where he’s spending more time with his teenage buddies than he does with her. Without Mills or any characters explicitly saying so in the film, Dorothea fears that they’re growing further apart and that there’s a danger of him going astray.

Attempts to introduce a handyman named William (Billy Crudup) into Jamie’s life as a male role model fall flat, and Dorothea turns Abbie (Greta Gerwig) and Jamie’s nearly inseparable best friend, Julie (Elle Fanning), into helping her raise him and keep him on the straight and narrow path to becoming a good man. Abbie, a photographer by trade and lodger in Dorothea’s home, is the kind of cool, older person that Jamie wants to look up to and emulate. Julie, on the other hand, is Jamie’s unrequited crush; a girl who sneaks in through his window in the middle of the night to snuggle and sleep next to him, but who wants nothing to do with him sexually.

The structure of 20th Century Women is built entirely around the relationships of the characters and conflicting personalities that compliment and clash in equal measure, never around plot conveniences and contrivances. Films of this nature rise and fall on the strength of the writing and performances, and 20th Century Women contains some of the best of the past year in both respects.

Mills’ story comes mostly from the perspectives of Jamie and Dorothea, with the characters occasionally narrating their own experiences, and on a couple of occasions ceding the direction of the narrative to the supporting characters to better flesh out who they all are as people. Occasionally the tone of Jamie and Dorothea – both eternal optimists with streaks of cynicism when it comes to certain political and personal topics – comes across as somewhat high-school-ish, flowery, and nostalgic. Instead of seeming hackneyed or childish, however, Mills turns potential writing pitfalls into earnest positives. The storytelling skill and mastery of dialogue here is astounding. It’s an unpretentious, but poetic film with a heart on its sleeve made evident by characters who might not always been in agreement, but are all simpatico. Every character comes framed as being just one or two steps removed from their counterparts. Dorothea and Jamie are the only blood family members here, but as a unit every character feels like an integral part. Such closeness breeds moments of unforced levity, fiery arguments, and expressions of genuine sadness and fear. It’s a perfect narrative approach for the material, fostering a sense of intimacy with the viewer that few family dramas bother to match in favour of cheap theatricality. Mills has a few stylistic directorial tricks up his sleeve (some good, others not bad enough to distract from the overall vibe), but for the most part he sticks to letting the material speak for itself. 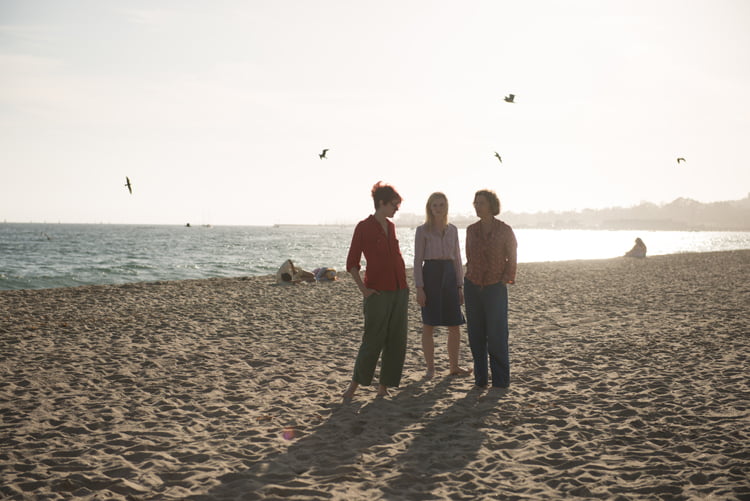 The bulk of the praise here, however, should be heaped upon the cast for bringing it to life. The credit for casting decisions many times falls on the shoulders of the director, so in some way it’s worth noting that Mills has assembled one of the few perfect casts in recent memory. There isn’t a single gesture, glance, or line reading that feels out of place in the hands of these performers. 20th Century Women is exactly the kind of film where one wouldn’t dream of wondering what the story would have felt like if it had different actors in it.

Most who see the film will recognize the best work here as being that of Bening, and rightfully so. Her performance as the chain smoking, constantly hospitable, quick witted Dorothea is one of the past year’s best, and talk of her as an Oscar frontrunner is well deserved. Watching how everyone else falls in behind Bening to do their part is like watching a great quarterback leading their team to victory in the Super Bowl. Like any great film, 20th Century Women is a team effort, but there’s always star players the rest take their cues from, and here Bening proves to be the perfect support and foil to everyone around her. She won’t remind every viewer of their mother, and to the credit of Bening and Mills, they aren’t trying to. Dorothea is a person first and foremost and a loving mother second. The former informs the latter, and Bening’s performance comes across more like a woman who cares about her son and the world around her instead of some doting stereotype.

Bening’s scenes with Zuman, a wonderful, likable newcomer, are the driving forces of the film, and Crudup gets to steal a few key scenes as a sort of comedic relief character with a good heart, but there’s also career best work being put in here by Fanning and Gerwig. Both are playing characters that some viewers might find hard to like or empathize with, but Mills’ script gives both actors plenty to run with. Fanning plays Julie, the daughter of a therapist, as someone who thinks they have to act hard to maintain a sense of self, but instead of coming across as petulant, misguided, or wounded, the character in Fanning’s hands seems warm, but confused in a way most teens can relate to, male or female.

No less confused about where their life is heading than Julie is the yang to that character’s yin, Abbie, a twenty-something feminist who has already gotten a sobering taste of the best and worst life has to offer. Gerwig has already built a career off playing fiercely independent women, but she’s never played a character as vulnerable and warm-hearted as this. Abbie is likable from the outset and often comes across as the most heroic character in the film. If Bening gives a performance that everyone can rally around, Gerwig provides the film with an unexpected emotional centre. The future of Dortohea gets hinted at frequently, and the direction Jamie’s life takes remains unclear throughout, but the one constant of 20th Century Women is that the viewer wants no more hardship to befall Gerwig’s character.

When placed altogether, 20th Century Women becomes a close to perfect piece of entertainment that’s as thoughtful as it is perceptive. In an era where lazy comedies and dramas about dysfunctional family units have become passé, Mills and his exceptional cast have injected new blood into a tired genre. This isn’t a “mom movie” or a “chick flick” or any other convenient, but backhandedly derisive kind of descriptor one could label it with. This is a film for anyone and everyone, and one that deserves to be celebrated and embraced by audiences.

Check out the trailer for 20th Century Women: