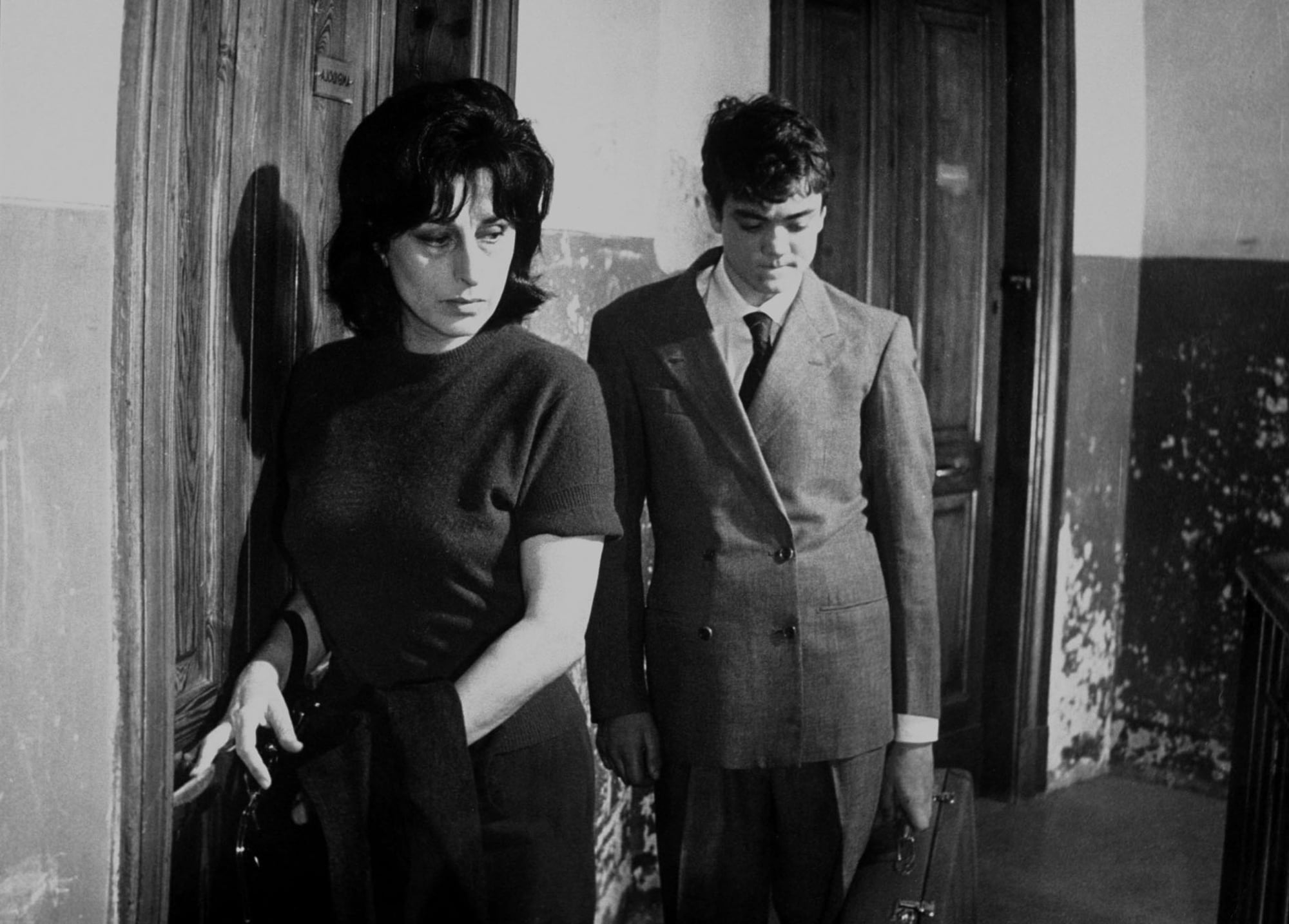 Few leading ladies held as commanding of a screen presence as Italian actress Anna Magnani. If a filmmaker ever needed a woman who could embody passion, sorrow, anger, jubilance, or any other extreme emotion, they should have turned to Magnani. Few performers in the history of cinema have proven as adept, humane, and nuanced at conveying the most complex and boisterous of human emotions as she was. She might not be a household name today, but ask any actor and they’ll tell you that her presence looms large over all of her contemporaries.

Magnani’s praise as a performer is more or less universal in acclaim (with one notable, but misunderstood exception that I’ll get to in a bit). Bette Davis said Magnani was “the greatest actress” she had ever seen. Jean Renoir, who memorably and expertly directed her in 1952’s The Golden Coach (screening February 25th at 1pm), said she was the best actress he ever directed. She was one of the greatest muses for playwright and screenwriter Tennessee Williams. She could play anything from quietly suffering wives on the verge of a breakdown to hardened criminals with élan and chameleonic grace. It would be all too easy to say that such a bold personality on screen and off was the dictionary definition of the term “diva,” but that tends to undermine the emotional depths she was capable of going to for a performance.

Quite often, filmmakers are celebrated over performers in cinematheque retrospectives, but Magnani is one of the few names that break the programming mold. TIFF Bell Lightbox will proudly present Volcano: The Films of Anna Magnani this winter, running from January 27th to March 11th. Comprised of 24 feature films and one short, the retrospective takes a wide look at one of the most celebrated and award winning performers in cinematic history. Her 43 year long career was so varied and expansive that a comprehensive retrospective that includes everything would be almost impossible. Even if her films weren’t always the best, she shone brightly, giving everything she had. With that in mind, here are (in no particular order) five notable performances by Magnani that can be found in this year’s look back on her illustrious career. 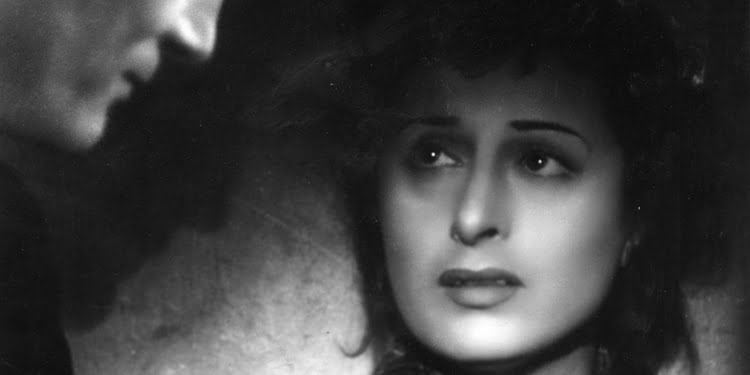 Although she began her career in 1929, Anna Magnani’s first huge breakout on an international level came in Roberto Rossellini’s 1945 masterwork Rome, Open City, which screens at TIFF in a new 4K digital restoration. One of the greatest and most harrowing stories of love during wartime, Rossellini’s film casts Magnani as Pina, a newlywed living among the bombed out rubble of World War II era Rome whose husband is helping to harbour a resistance fighter friend from German SS troops. Although she wasn’t the top billed star of the film, Magnani’s performance made the biggest impression. Her character’s arc builds towards one of the saddest moments in cinematic history, but it’s a moment that reaffirms the raw, suspenseful nature of the film. It’s a stomach churning film heightened by her presence. Rossellini was so taken with the actress – since they also happened to be lovers at the time –  that he later conceived the two part acting exercise L’Amore (screening on February 14 at 6:30 pm) as an “homage to her talents.” Judging by her work in Rome, Open City, it’s not hard to see why someone would be so laudatory, relationship or not. 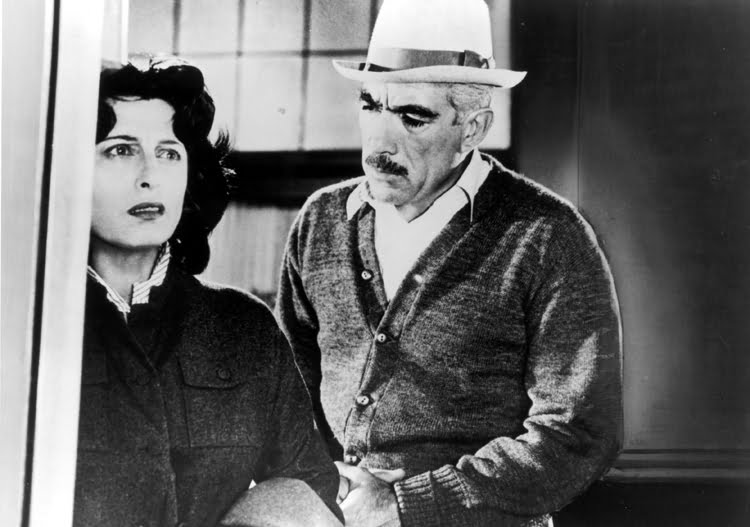 Wild is the Wind

Even more emotionally devastating than her turn in Rossellini’s already devastating film is Magnani’s Oscar nominated work in this 1957 adaptation of an Italian bestseller from American filmmaker George Cukor. She plays Gioia, the new Italian wife of Gino, a widowed cattle rancher in the inhospitable looking Nevada highlands. Gioia is the sister of Gino’s previous wife, and it has become apparent that the widow isn’t looking for a new wife, but an exact replica of the one he lost. Gino was played by equally potent and emotional performer Anthony Quinn, and their onscreen partnership would become one of Magnani’s best. The pair would team up again for one of Magnani’s final films, Stanley Kramer’s 1969 effort The Secret of Santa Vittoria (screening on March 3rd at 8:00 pm), and while that’s arguably a better film, Cukor’s work here is bleak, depressing, and dramatically like capturing lightning in a bottle thanks to one of the greatest onscreen duos in cinematic history. 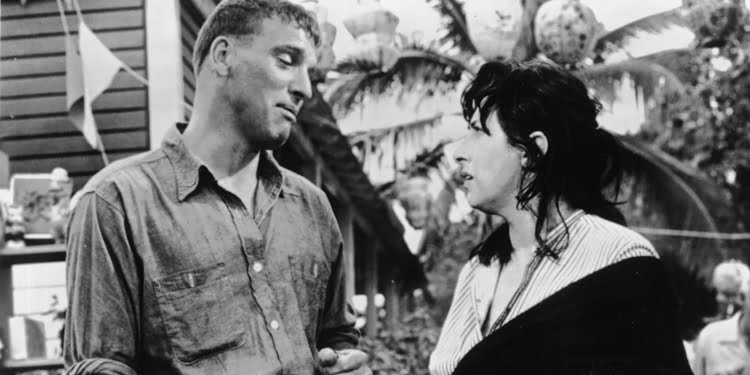 As previously mentioned, Magnani was a tremendous muse for Tennessee Williams, but the writer was also a conduit for some of the actress’ biggest successes. Not only was director Daniel Mann’s 1955 melodrama Magnani’s first starring role in an American produced motion picture, but it would also net her as Best Actress nomination for a role that Williams tailored explicitly to her talents. It’s impossible to imagine anyone other than Magnani playing a Sicilian widower gradually warming up to another man (here played by an equally noteworthy Burt Lancaster, in one of his best performances). With The Rose Tattoo, Williams gave Magnani the finest showcase of her talents since her films with Rossellini. She would work throughout her career with some of the finest auteurs in the world: Pier Paolo Pasolini on Mamma Roma (screening January 28 at 6:30 pm), Federico Fellini on Fellini’s Roma (February 24th at 8:30 pm), William Dieterle on Volcano (February 28th at 6:30 pm). While those are all interesting motion pictures from great directors, no writer was able to capture Magnani’s spirit like Williams, and no actress was ever as adept at speaking his words as Magnani.

And the Wild, Wild Women

The “women-in-prison” genre is an inherently disreputable one on paper, and yet it fits perfectly into the Magnani’s wheelhouse. One of the more obscure, rare, and certainly underrated efforts screening as part of the TIFF retrospective is Italian filmmaker Renato Castellani’s borderline over the top prison drama …And the Wild, Wild Women. An acting showcase that’s played to the rafters, the film pits Magnani’s former prostitute turned convict against another acting powerhouse: fellow Oscar winner and Federico Fellini’s wife Giulietta Masina, playing a recently jailed women convicted of a robbery. What sounds exploitative on paper really isn’t in practice, as the focus remains firmly on the two actresses going toe to toe throughout. It’s as exhilarating to watch as a prizefight, and Castellani wisely gets out of the way of his leads. It might be the best film in a sometimes rightfully maligned genre. (Also, the film will be screened in a subtitled version. The trailer above was all I could find for this, but you can get the gist of it from that.) 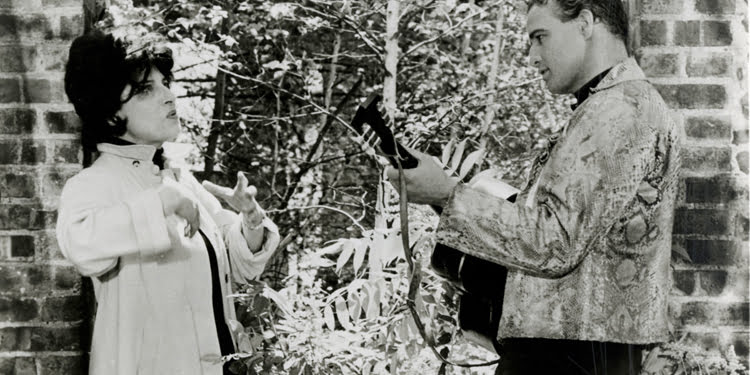 Director Sidney Lumet’s The Fugitive Kind, Magnani’s other cinematic collaboration with Tennessee Williams, shouldn’t work as well as it does, and of the films mentioned here has only garnered a better reputation through time and critical reappraisal. Williams wrote this as a play about a guitar playing ex-con (Marlon Brando) fending off the advances of a nymphomaniac (Joanne Woodward, so over the top she could probably see her house from where she was, and uttering the first use of “son of a bitch” in motion picture history here) and a long suffering wife of a storekeeper (Magnani) with the two stars in mind. They didn’t want to do it for the theatre, and they certainly didn’t want to do it together on screen. The relationship between Brando and Magnani off screen was acrimonious to say the least (she wanted to sleep with him, he wanted no part of it) and their acting styles clashed on screen. And yet, Magnani does something many believed was impossible: she steals a film right out from beneath Brando. That’s no small feat. It’s kind of a sleazy film, but fascinating in every respect.