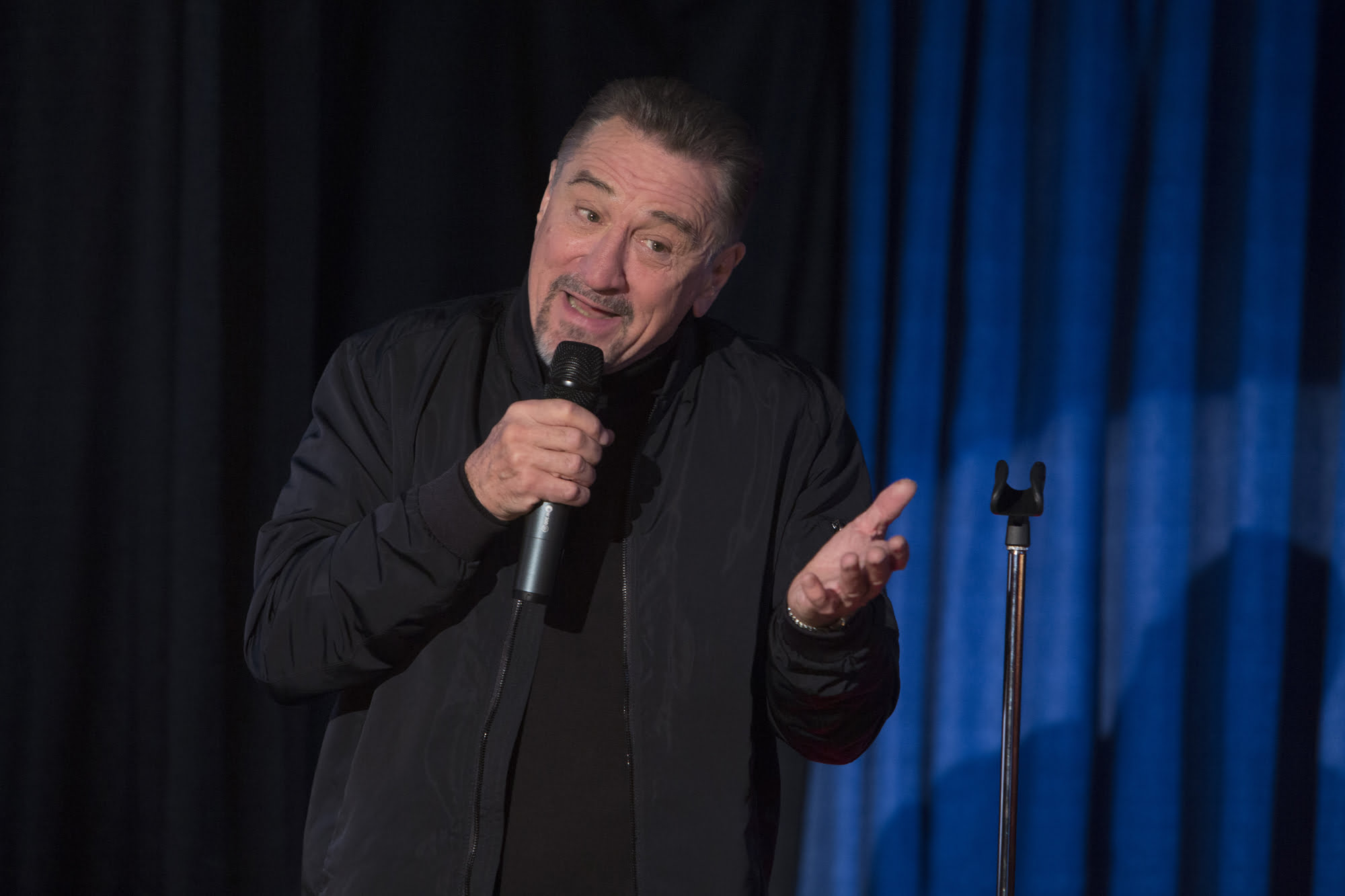 Everyone involved with the dreadfully unfunny comedy The Comedian is better than this. It’s the rare kind of spectacular failure where everyone involved with the film should have realized that what they were making was garbage before the cameras even rolled. It’s a hackneyed premise drawn out to unconscionable lengths and run into the ground by people acting oblivious to the fact that these characters aren’t interesting, endearing, sympathetic, or funny. That’s not that every film about stand up comics needs to be a laugh riot, but they at least have to have something to say. The Comedian never says anything that hasn’t been said before and says it in the most audience insulting ways possible.

The insulting tone of the latest film from Taylor Hackford (Ray, The Devil’s Advocate) seems to be intentional, considering that it’s the story of an edgy, past-his-prime provocateur, but the execution and construction of this leading character has been botched at every turn. Robert De Niro, who was funnier and edgier in the not quite as dreadful Dirty Grandpa, stars as Jackie Burke, a washed up insult comic and former star of a beloved television sitcom from the pre-PC police era. He’s stuck working Podunk towns like the literally named Hicksville opposite the likes of fellow former sitcom stars Brett Butler and Jimmy Walker. He’s already making peanuts for delivering his tired, gently potty mouthed act, so it’s somewhat understandable when he flies off the handle and decks a heckler that’s trying to goad Jackie into violence because it would make for a great viral video. After being convicted of contempt of court for being unrepentant towards his attacker and following a 30 day stint in prison, Jackie serves out the remainder of his sentence in the form of community service at a homeless shelter, where he meets Harmony (Leslie Mann), a younger woman and kindred spirit in a similar legal situation.

The Comedian tells a shopworn narrative – one pieced together by four screenwriters, including the usually solid Richard LaGravenese, comedy writers Lewis Friedman and Jeffrey Ross, and veteran producer Art Linson – with no conviction whatsoever. Jackie has a complicated relationship with his agent (Edie Falco). He’s been married and divorced, but has never found true love. He hates his sitcom fame, and loves the thrill of the stage. He’s terrible with money, which causes resentment from his hard working deli owner brother (Danny DeVito) and his sister-in-law (Patti Lupone, who’s painted as a villain, but sounds like the only rational person in the film). He’s worried about what might happen if Harmony decides to move to Florida to help out at a retirement home run by her sleazy ex-bookmaker father (Harvey Keitel). So many talented and famous people gave their time and energy to this film for nothing audiences haven’t seen before. If The Comedian is supposed to be a comedy, it isn’t funny. If The Comedian is supposed to be a heartfelt drama or a character study, it isn’t either of those.

The tone of The Comedian (which it should be noted is also an ugly looking picture filmed in a constantly raining New York City) is decidedly pitched at the “young people need to stop being so sensitive and get the fuck off my lawn” crowd and shouted at them in case they couldn’t hear it (or in case the filmmakers were deluded enough to think this would inspire uproarious laughter). De Niro portrays Jackie not as a sadsack, but as an unrepentant “man’s man.” If his character from last year’s comparatively delightful comedy The Intern had been created without a shred of humanity or humility, you would have something akin to Jackie; a blowhard protagonist with no redeeming or interesting qualities. Nothing De Niro does here can erase the flop sweat caused by Jackie’s terrible jokes and lack of depth. No one around him can, either. DeVito and Falco turn in somewhat humane performances, but they get steamrolled at every turn by De Niro’s hammy showboating. As for Mann, she matches De Niro’s unrepentant unlikability and doubles down on being annoying, turning in the worst performance of her career. 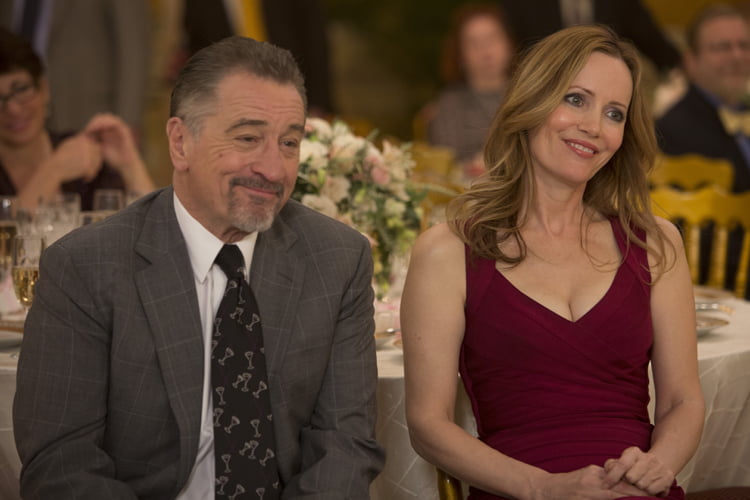 Films about comedic talents are hard to pull off successfully. By this point, we all know that behind most great comics there lies a dark side, and although plenty of hardships have befallen Jackie, The Comedian acts like none of these hardships matter because new successes are around the corner at every turn. It’s not a film about someone learning to come to terms with their potential irrelevance, but a comeback picture about someone unworthy of a comeback. Jackie deserves to have a good life now that his star has lost its lustre, but there’s nothing in The Comedian that suggests the second act turn where he’s suddenly a hot commodity again, building to an ungodly long and pointless subplot where Jackie puts aside his differences with a hack comic (Charles Grodin, who shouldn’t have come out to retirement for this) to roast an old colleague (Cloris Leachman).

When writers pull back the curtain to look at what makes a stand-up comic tick, they need to realize that no matter how ribald or distasteful the jokes are, they won’t be funny. We know this person delivering these jokes doesn’t mean what they’re saying because the writers, directors, and performers need the viewer to create an emotional attachment to this person for the comedy to loop back on itself and become funny or worthy of investment. We know that the character on screen is just kidding. If a friend of yours calls you an idiot, you laugh it off because they are your friend. Don Rickles is funny when calling people idiots because he ISN’T your friend, and you were glad that it wasn’t you he called out. Jackie Burke isn’t a friend to the viewer in real life, but he’s given a list of traits that make him a null set; not worthy of being a friend or an enemy. That’s the dullest kind of person to build a film around, and one unworthy of casting someone like Robert De Niro as in hopes that he can bring something to the film that isn’t on the page.

This says nothing about how in the rom-com cliché heavy third act of The Comedian, Jackie becomes one of those kinds of guys who thinks he’s cute, but is actually a stalker, and his successful comeback has been all but cemented. It builds to a feel good conclusion so unearned and so worthless that everything before it feels like a waste of time. The final act does have the only laugh of the film, though. It comes from Hannibal Buress, one of many modern and classic stand-ups who cameo here. He plays himself, does a bit of stand-up, and tells a funny joke. The fact that he has to cede the microphone to Jackie feels like a slap in the face, and anyone actually in that club would have been well within their rights to walk out because their night had peaked. Leaving is the only way to handle a bad evening of stand-up. The only way to handle The Comedian is to not go in the first place.

Also, if you were waiting for me to make the obvious comparison between Jackie and De Niro’s portrayal of fledgling psycho Rupert Pupkin in Scorsese’s The King of Comedy, I refuse. That film doesn’t belong in the same breath, sentence, paragraph, review, state, county, nation, or planet as The Comedian.

The Comedian opens in theatres across Canada on Friday, February 3.

Check out the trailer for The Comedian: