Welcome to HomeGATE, a (hopefully) bi-weekly column where we’ll look at some of the most noteworthy movies and specials to premiere exclusively on VOD or streaming services. With the home entertainment market exploding and many big name films choosing to debut as streamable films or downloads instead of getting released theatrically, the time seems right for us to start keeping up with the best and latest new releases.

Today, we’re going to look at a slow burning European thriller, an incendiary documentary about the health care system, and a holiday special from one of the world’s most beloved (and hated) crooners.

In the sun and sweat drenched debut feature Blind Sun, from French filmmaker Joyce A. Nashawati (which screened at TIFF last year as a Vanguard selection), a travelling immigrant of Middle Eastern descent (Ziad Bakri) takes a job housesitting for a wealthy Greek family that’s off to Paris for holidays. He arrives amid a rampant drought where water has become a scarce commodity that some people are fighting to protect and hoard. His trip to the Greek coastline also brings to light the community’s rampant xenophobia, something that the man experiences almost as soon as he arrives in the country. The community’s racism isn’t helped by the fact that robberies have been steadily on the rise. His sight begins to fail him, and when he starts suspecting that someone is trying to break into the property he’s guarding, the local police will offer no help.

Nashawati’s film takes two hot button and painfully relevant social issues – water scarcity and protectionism – and blends them into a taut, thoughtful thriller. Blind Sun escalates gradually, but always feels drenched in unease and discomfort. Visually and aurally, the combination of the summer sun and droning of bugs and powerlines feels appropriately stifling and maddening. One imagines that when the apocalypse starts, it will start as innocuously as everything seems at the start of this film. It’s the story of a man in an tense situation; one that’s compounded by a lot of privileged people frightened by the potential loss of their privileges.

Blind Sun’s greatest asset outside of its expert pacing and style is its unpredictability. Nashawati makes it known early on that bad things will happen, and that the combination of bigotry, heat, and austerity have made everyone go a bit mad, but the viewer is never certain just how bad things will get. This is a smart, modernist thriller that will leave the viewer on edge and guessing throughout.

Blind Sun can be found streaming exclusively on Shudder. 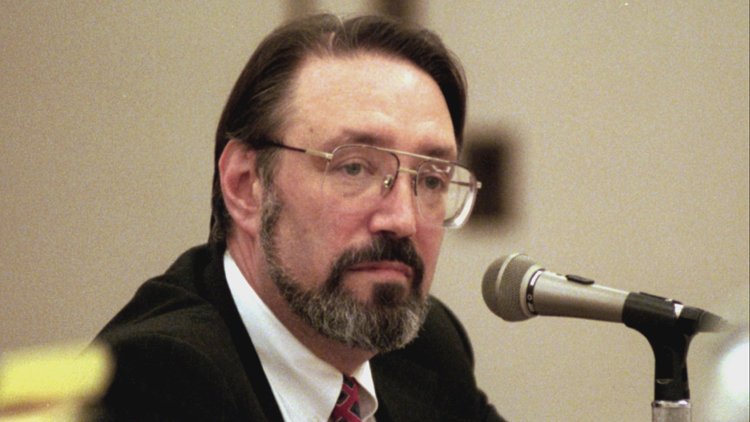 Documentarian Eve Marson makes the leap from producing big name documentaries (like Fed Up and Craigslist Joe) to directing with Dr. Feelgood: Dealer or Healer?, a look how the ethical treatment of chronic pain sometimes goes uneasily hand in hand with the continuing rise in opiate addiction.

Marson looks back on the trials of former doctor William Hurwitz, who faced 25 years in prison for over 50 narcotics distribution counts dating back to the mid-90s. Dr. Hurwitz believed that opiates weren’t to be demonized, and he would prescribe them readily to pretty much anyone who sought treatment for pain without deviation. In interviews with Hurwitz and many former patients and colleagues, he comes across as a reasonable, impassioned man who wanted to “do no harm,” but law enforcement officials and some secretly recorded conversations with some dubious former patients would offer evidence to the contrary.

Marson looks at a difficult topic with an appropriate amount of skepticism, mixed feelings, and empathy. Dr. Feelgood looks at the lines that exist between stigmatization within the medical community, drug abuse, and dosing regulations. No one has easy answers to any of the questions asked here, and most of the interview subjects are unwavering in their beliefs, making Marson’s work all the more fascinating and thoughtful. Viewer sympathy towards Hurwitz wavers throughout, and no matter what your final conclusions about the doctor’s guilt or innocence, everyone who sees Dr. Feelgood will likely agree that the safe regulations and narcotics and for doctors everywhere to show more empathy to people who might genuinely be in large amounts of pain and distress.

Dr. Feelgood is now available to stream on iTunes, Google Play, Amazon, and other digital platforms. 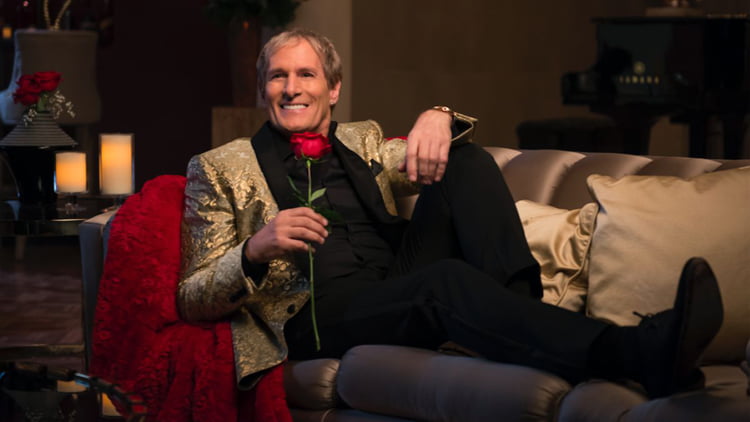 Never let it be said that adult contemporary crooner Michael Bolton isn’t a good sport. After an unlikely career rejuvenation following comedic collaborations with The Lonely Island on the song “Jack Sparrow” and in last year’s underrated mockumentary Popstar: Never Stop Never Stopping, Bolton decides to poke fun at himself yet again with this phony telethon holiday special. What’s the reason for the telethon you might ask? It’s happening because Santa Claus has come to Bolton lamenting that his elves made too many toys this year and he needs 75,000 kids to be conceived on Valentine’s Day to meet the supply at the end of the year, and no one could apparently convince more people to copulate than the self-proclaimed “undisputed king of Valentine’s Day”?

Michael Bolton’s Big, Sexy Valentine’s Day Special is a collaboration between Bolton, Lonely Island member Akiva Schaffer, and Comedy Bang Bang creator Scott Aukerman (both of whom cameo here). It runs just a shade under an hour long – which is a perfect length for this – and is packed wall to wall with song parodies, sketches, general weirdness, and honestly delivered performances from Bolton that inexplicably work really well within this surreal and silly framework.

As with most fast and furious sketch shows, not every bit hits as well as one might hope, but the hilarious moments here are downright gut busting. Standouts include a running gag involving Bolton’s beef with Kenny G (played by Andy Samberg), Michael Sheen doing an exceptional Bob Fosse impersonation, Maya Rudolph singing one of the most endearingly stupid songs I have ever heard, and Eric Andre as a man trying to start the world’s lamest dance craze.

But the real attraction here remains Bolton, who isn’t just a great sport, but also gets a chance to show off some previously untapped comedic chops. Here’s hoping there’s another holiday that needs saving in the future.