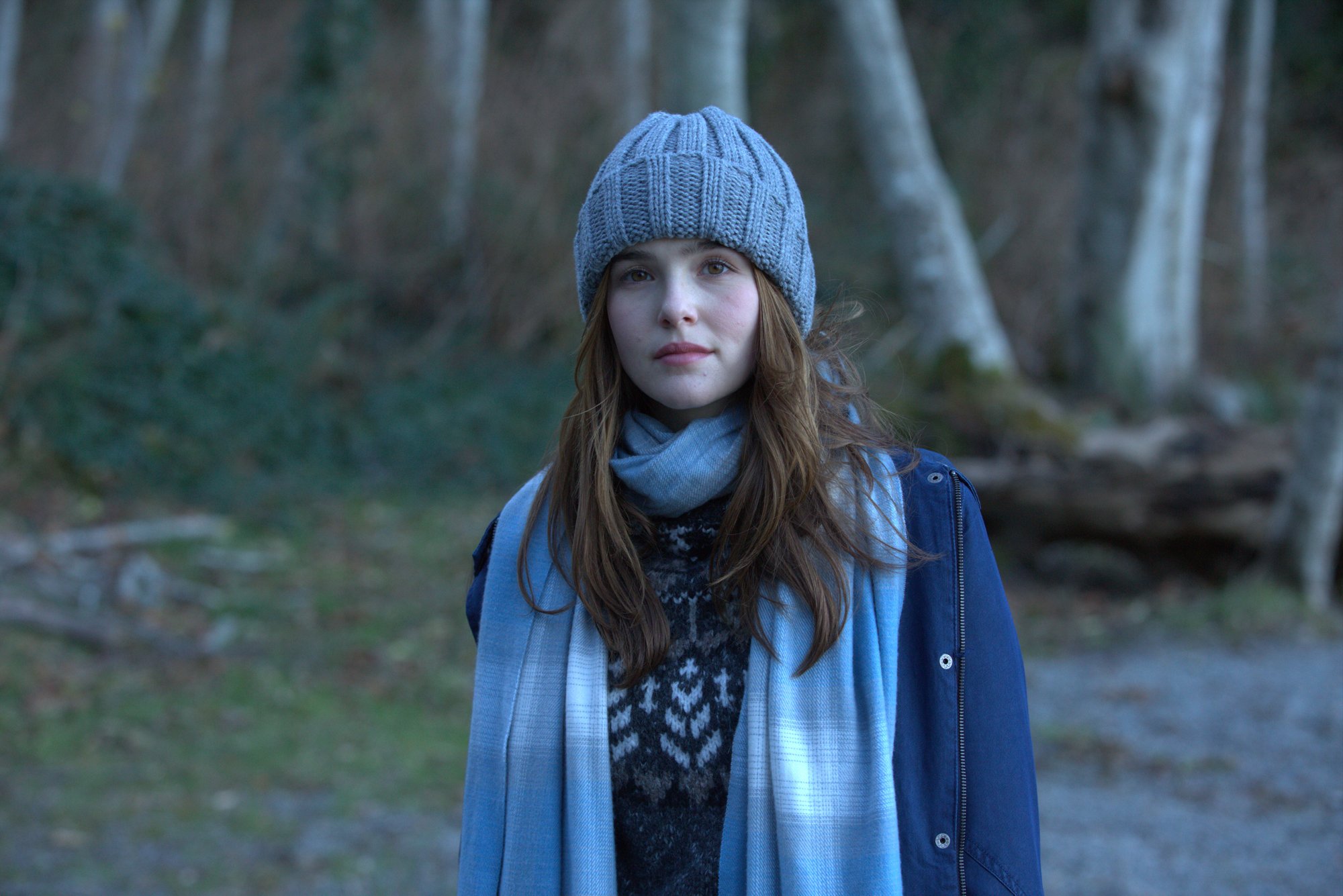 With the teen oriented fantasy-drama Before I Fall (opening in theatres everywhere this weekend), American indie director Ry Russo-Young makes a step towards larger studio fare. Although this big screen adaptation of Lauren Oliver’s young adult bestseller has the backing of a major American distributor, the 35 year old New York City native is quick to point out over coffee in a downtown Toronto office that Before I Fall wasn’t a big film. Shot in British Columbia on a relatively miniscule budget in just a shade over three weeks (a full week of which was setting up the stunts for an elaborate car crash that sets the story in motion), it has a lot more in common with Young’s earlier efforts as a filmmaker than any major American studio picture.

Prior to taking on Before I Fall (which debuted at Sundance earlier this winter and screened at the TIFF Next Wave Festival last month), Young had made three previous features, all of them microbudget dramas shot in an efficient, stripped down style; most notable among them her 2012 feature Nobody Walks, starring John Krasinski and Rosemarie DeWitt. At first, Young admits that she felt like an odd choice for Before I Fall upon receipt of writer Maria Maggenti’s script, but once she got into the story it seemed like a perfect match for her character driven sensibilities as a filmmaker and storyteller.

Before I Fall casts Zoey Deutch as Samantha Kingston, a somewhat average high school senior living in a small town in the American Pacific Northwest. Sam runs with a pack of cool kids led by resident “mean girl” type Lindsay (played by Halston Sage), dates a lunkheaded jock (Kian Lawley) that she plans to sleep with at a party that’s being thrown by the kind-hearted nerd (Logan Miller) who has a crush on her, and she finds herself drifting away from her family more and more as she eases into adulthood. On the evening of February 12th – shortly after leaving the aforementioned party – Sam and her friends get into a horrific car accident. Instead of dying or waking up in the hospital, however, Sam awakens in her own bed and begins a cycle of waking up every morning to relive the same fateful day over and over again from start to finish. Through this often frightening cycle of events, Sam learns things about the people around her that she never would have expected and of the many ways she can learn to be a better person and a better friend.

We caught up with Young the morning after her film played at TIFF Next Wave to talk about how she saw Before I Fall as a great reflection of human maturation, why she was initially unconvinced about doing the film, and why she thinks more teen oriented films should be respectful of their audience.

This movie wasn’t at all what I expected it to be just from seeing a trailer or hearing the premise, and it struck me over the course of the film that this wasn’t really a gimmicky teen movie, but a story of someone realizing the immense amount of privilege they have been afforded in life. The more you get to know about the characters around Sam, the more you realize that Sam has had a pretty great and relatively drama free life in comparison, and that a huge part of this story is how this main character learns to appreciate and be thankful for what she has and how she can help the people in her life that don’t have things as well as she does. I think a huge part of growing up is that realization that the people around us that we look up to or deride aren’t as well put together or crazy as we think they are, so I was wondering if when you first read this story if you saw it in a similar light?

Ry Russo-Young: Absolutely, and that’s a really smart observation that you made, and one thing that I really love about the film, the script, and the book is that I felt like almost every character could have a movie made about them. Every character had that level of depth, and through Sam’s journey of self-awareness, she also becomes aware of the other people in her world, and she notices that they are going through their own turmoil that has made them who they are and how they act. Their actions are actually a symptom of their own darkness in their world. Lindsay is a product of her parent’s divorce. Elody has a drinking problem, and she has nothing else outside of her friends. Kent suffered loss at a young age. Sam’s little sister could end up being bullied at school. So yeah, it’s nice because it’s a story that works on a few different levels. It’s entertaining, but it also asks deeper philosophical questions; not just about the nature of time, but about becoming who we are and how we come into ourselves and our own self-awareness, and how that’s a permanent, never ending process. I think that’s why this works beyond just the teenage demographic; because we’re always growing into ourselves and learning about the people around us no matter what age we are. 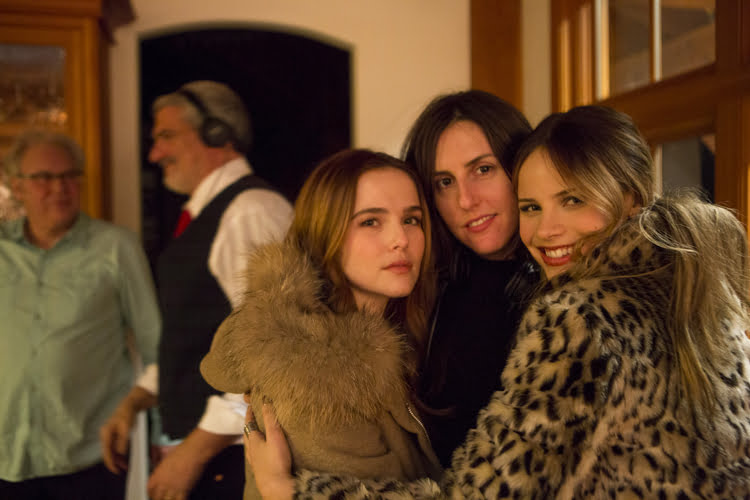 Zoey Deutch (left), director Ry Russo-Young (centre), and Halston Sage (right) on the set of Before I Fall

I remember reading somewhere – and you can correct me on this if I’m wrong – that at first you found it hard to get through the first few pages of the script because these characters seemed like unlikable people. I always found them interesting even from the beginning, but the way that the story unfolds allows the viewer to get a little more about these people over time, and eventually you learn to like, or at least understand, how these people have become who they are. I mean, even Sam at first just seems like someone who’s complacent in the sometimes bullying actions of her friends because she doesn’t know what else she would be doing with her time, so you even have to learn how to like her.

Ry Russo-Young: For sure. There’s certainly a herd mentality at the beginning. There’s this idea that Sam is leading this kind of a life, and she’s not questioning it. She’s just going about her social norms, and there are these expectations of being cool towards certain people and showing meanness towards others, and she just accepts that as her world. Throughout the film, her situation causes her to question these norms that she has become accustomed to, and if she thinks they’re right, and to finally question what it is exactly that she believes in. I think we all have those issues, whether it’s getting married at a certain age, or asking yourself if you want to have kids, or taking jobs that can make you a certain amount of money. There are all these things in society that we accept as fact, and to begin to question them is a huge part of the process.

But to answer your question, when I read the script, yeah, the first thirty pages or so felt kind of like a vapid teen movie, but this script and the book are truly surprising in where they go with that set-up. In terms of slowly peeling back the layers of Sam’s humanity and the humanity of others as Sam discovers it is the meat of the story, and once that aspect takes control of the film, that was what got me excited. It’s fascinating in how thoughtful it becomes, and I wasn’t even expecting that, and if you make a story about someone re-examining their life and their choices, I think that early counterpoint is necessary. 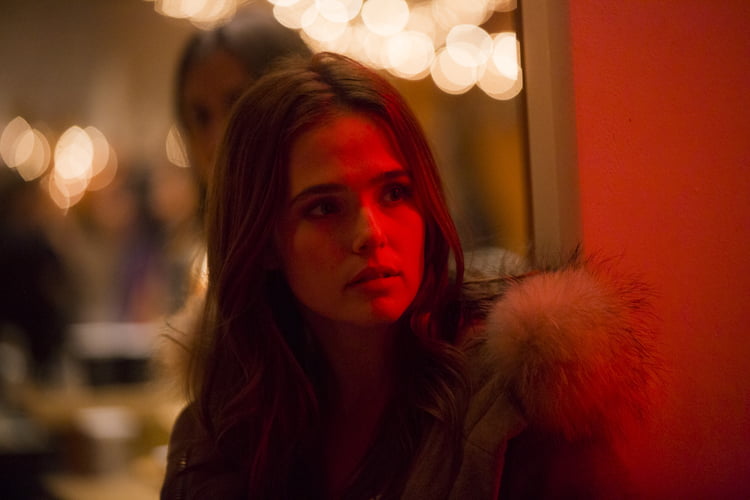 I love the tone of this film because you and Zoey do a great job of conveying how frightening and disorienting it must be to relive the same day over and over again, but you do it without being silly or cynical. I think you can have a film with obvious comparisons like Groundhog Day, which is a funny, but purposefully cynical movie, or something like The Butterfly Effect, which is dark and nasty in its cynicism. You get a brief glimpse of that in the scene where Sam lives an entire day nihilistically pushing away everyone who cares about her, but I like that the rest of the film is refreshingly devoid of that. What’s it like creating that tone, and was it important for you to make sure this never came off as cynical?

Ry Russo-Young: I sort of took my cues from wanting to dignify the teenage experience, and not talk down to it in ways that I’ve seen other teen films do. I never want to patronize the audience or make a saccharine or cynical film. Part of it to me is that being a teenager is that time in your life is a sometimes dark, angsty, frightening, period. There’s a lot of pain that you’re going through, and it’s one of the most intense times of your life when you’re questioning your entire world. It’s not surprising that so many teens can be brought to a point where they feel suicidal. It’s heavy what you’re going through, and I wanted to treat that with respect. I wanted the film to recognize that these are real feelings that people are going through, and those feelings can lead to dark places without being cynical or melodramatic. Those moments are worthy of a serious, in depth take. That was a huge part of it, to just do justice to what people feel at that point in time.

Before I Fall opens in theatres everywhere on Friday, March 3.