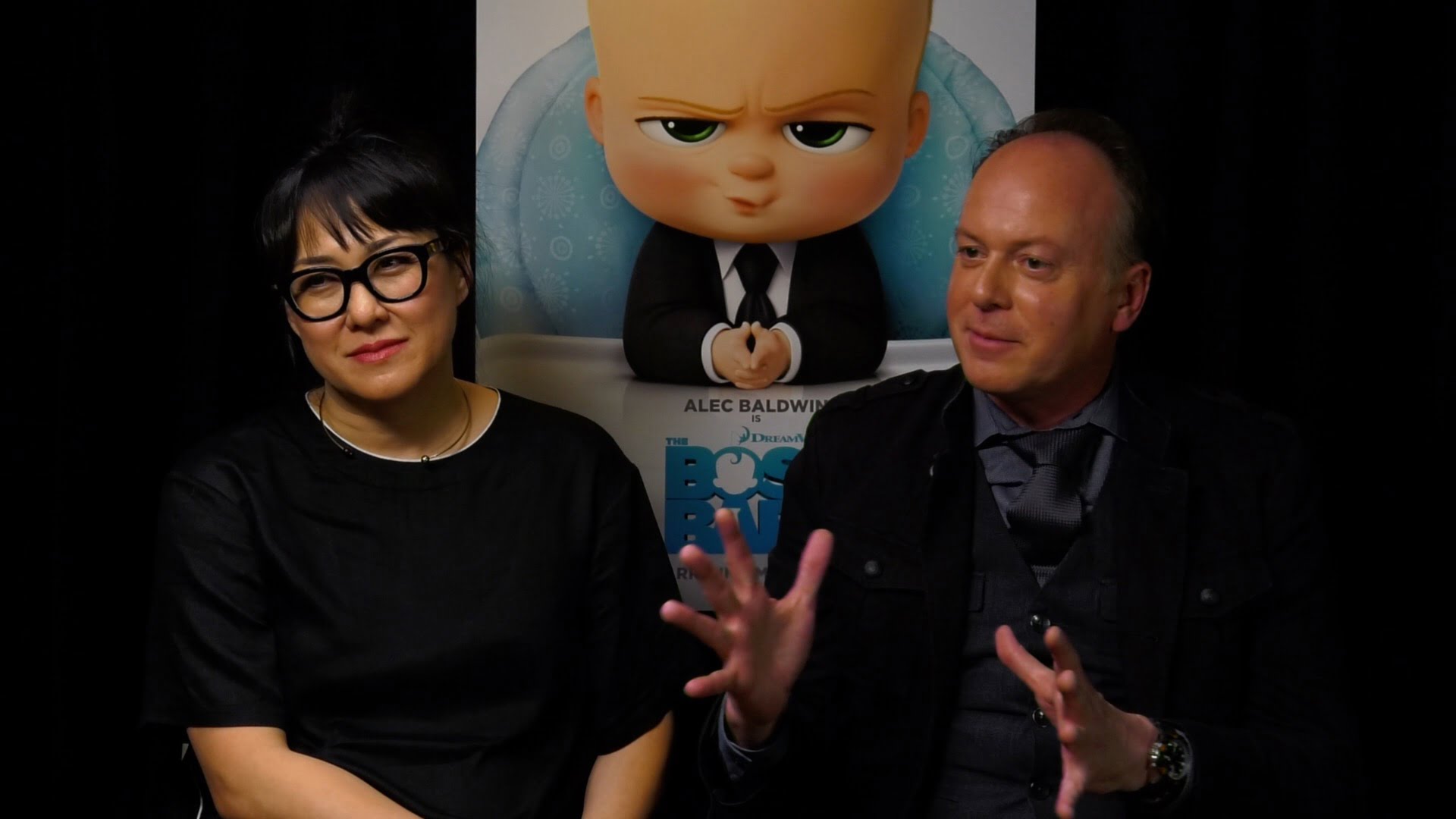 Director Tom McGrath and producer Ramsey Ann Naito haven’t previously worked together before collaborating on the fantastical animated comedy The Boss Baby (in theatres everywhere this weekend), but in the world of animation they’re both veterans.

McGrath has directed all three films in Dreamworks’ successful Madagascar franchise (where he also memorably provided the voice of Skipper, the tough talking leader of a group of mischievous penguins) and the Will Ferrell voiced superhero comedy Megamind. Naito has worked behind the scenes as production manager on films such as South Park: Bigger, Longer, and Uncut, Rugrats in Paris, and Barnyard. Each on their own has a little over twenty years of experience in the field of animation.

They’re brought together for the first time by The Boss Baby, an adaptation of Marla Frazee’s children’s book by Austin Powers screenwriter Michael McCullers. In the film, seven year old Tim Templeton (voiced by Miles Christopher Bakshi as a child and narrated by Tobey Maguire as an adult) finds his parents paying less attention to him thanks to the arrival of a new baby brother. Already distressed by the lack of attention by his parents (Lisa Kudrow and Jimmy Kimmel), Tim is shocked to discover that his baby brother isn’t your average toddler, and he’s actually a spy for Babycorp, a corporate entity from which all baby’s come from. The tough talking, suit wearing, Alec Baldwin voiced title character speaks only to Tim and explains that he has been sent by his bosses to help stop an evil puppy breeder (Steve Buscemi) from creating a dog that will remain a puppy forever, thus depriving babies of the love the so richly need and deserve. Tim agrees to help his nemesis, and in exchange for his actions the Boss Baby agrees to leave Tim’s family forever.

We caught up with McGrath and Naito during a recent promotional swing through Toronto to chat about their connection to the source material, assembling an A-list cast, how they’ve seen animation change over the years, and creating the unseen corporate baby world of The Boss Baby.