The first of two weekends at the Hot Docs Canadian International Documentary Festival (running to May 7th) brings even more high profile film premieres that showcase some of the best non-fiction filmmaking in the world, special events galore, and plenty of opportunities to learn things you never knew before.

Saturday’s stacked Hot Docs schedule is no exception, so here now are five things that you won’t want to miss at the festival today, all but one of which has a distinctly Canadian connection.

For a full list of films, schedules, and tickets, head on over to the Hot Docs website. 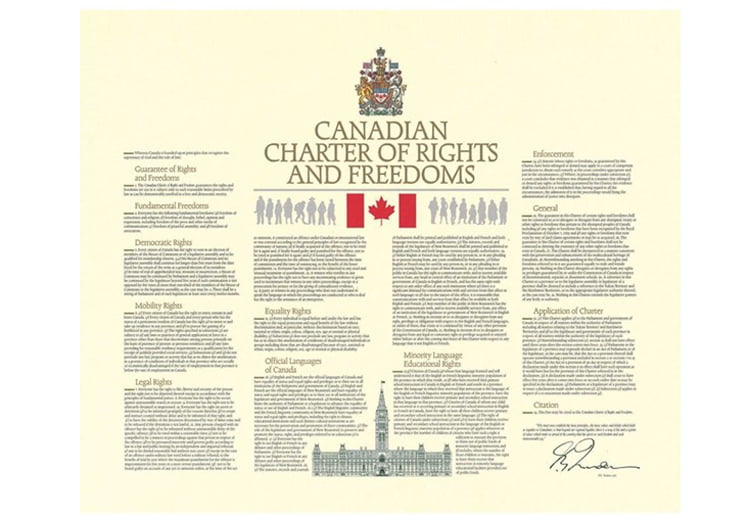 Not a documentary, but more of a special conversation at this year’s festival – hosted by Macleans’ Ottawa Bureau Chief John Geddes – The Charter at 35 is a special conversation with former Canadian Supreme Court Justice Ian Binnie about human rights issues on a Canadian level. It’s a rare chance to engage in such a conversation, and The Charter at 35 also includes a special sneak peek at In the Name of All Canadians, a joint venture between Hot Docs, the Government of Canada, and the Government of Ontario, that showcases short films specifically tied to issues arising from the Canadian Charter of Rights and Freedoms. Such events like this at Hot Docs are always a treat, and the politically inclined will not want to miss this one. 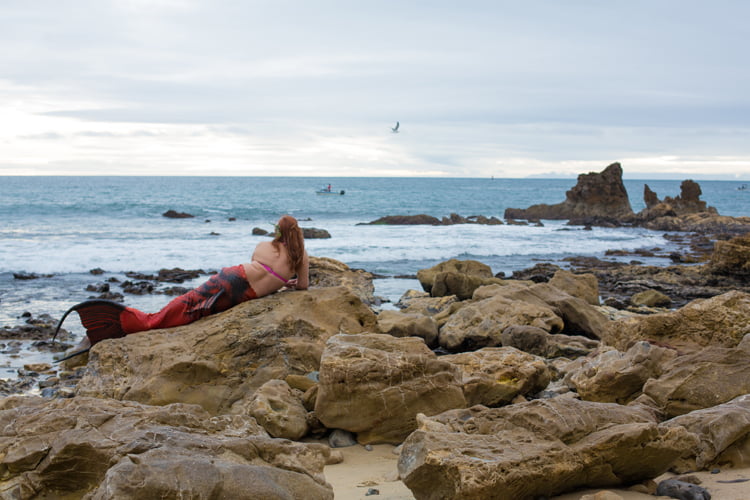 Although it technically made its world premiere last night at the festival, Ali Weinstein’s utterly charming and uplifting documentary Mermaids screens for a second time this afternoon. Weinstein takes a closer look at our fascination with mermaids, the mythological creatures that are either feared, revered, or desired depending on who you ask. Weinstein spends time with people old and young who take things a step further by dressing up and performing as these sea creatures. From the veteran mermaids of the Weeki Wachee theme park in Florida, to a Harlem woman who finds therapeutic value in putting on a scaly tail, to a transwoman who found her life’s passion and true acceptance within the mer-community, Mermaids is a simple, sweet, fun and funny look at people living their best lives and having a blast doing it. 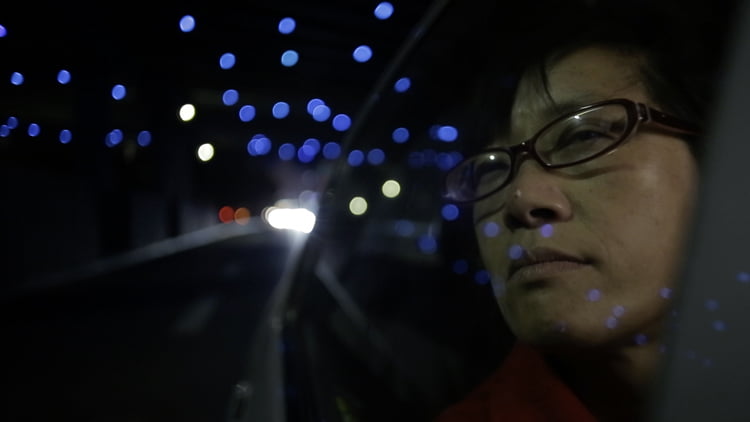 From one inspirational story to another, Jian Fan’s look at the meteoric rise to literary stardom of Chinese poet Yu Xiuhua is the best story of female empowerment at this year’s festival. Xiuhua has lived with cerebral palsy her entire life, and for twenty years found herself in a loveless arrange marriage to a cad who’s barely around. She found solace in her poetry – the one thing she poignantly admits gives her life meaning and purpose – and shared it with the world. In January of 2015, her poem, “Crossing Half of China to Sleep with You,” became a viral sensation, leading to some literary pundits branding her as China’s answer to Emily Dickinson. She loves her work being recognized, but her newfound fame and celebrity has made it even harder for her to get a divorce from a husband who suddenly seems to care about her now that she’s rich. A look not only at a brilliant, strong willed, and talented writer, but also an expose into the depths of toxic masculinity, Still Tomorrow has the protagonist at Hot Docs most worth rooting for. 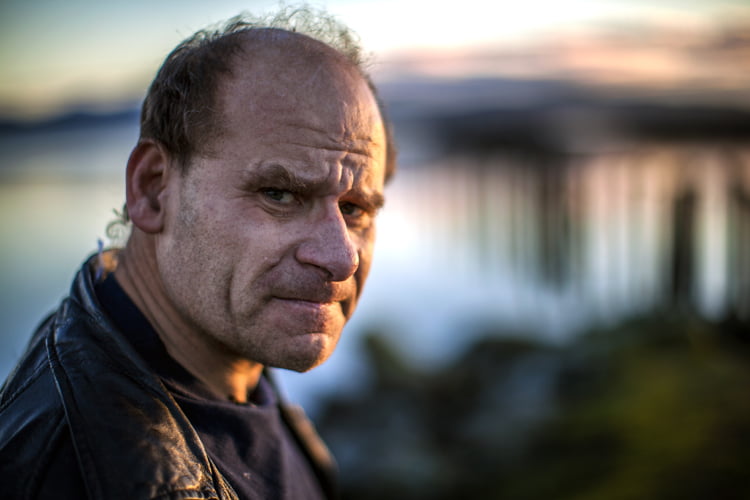 Now for something with slightly less inspirational roots. Canadian filmmaker Alan Zweig has long been considered one of the best documentarians in the country, but even his biggest supporters were probably surprised that his previous feature, Hurt, made such a huge impact when it debuted at TIFF a few years back and took the first ever Platform jury award. Hurt followed the day to day life of Steve Fonyo, a cancer survivor famous for completing a Terry Fox-styled run across Canada with only one leg. Thanks to some poor life choices, addiction issues, and generally low self-esteem, Fonyo fell far from grace, eventually becoming one of only a small handful of people to have their entry into the Order of Canada rescinded. At the end of Hurt, Steve is stabbed during a home invasion, leaving him with brain damage. Hope finds Zweig returning to B.C. as Steve prepares to go into a rehab facility in Powell River and takes a close look at just how hard Fonyo’s road to recovery and self-awareness might be. It’s a powerful follow-up made with passion and great empathy that’s on par with its already harrowing and moving predecessor. 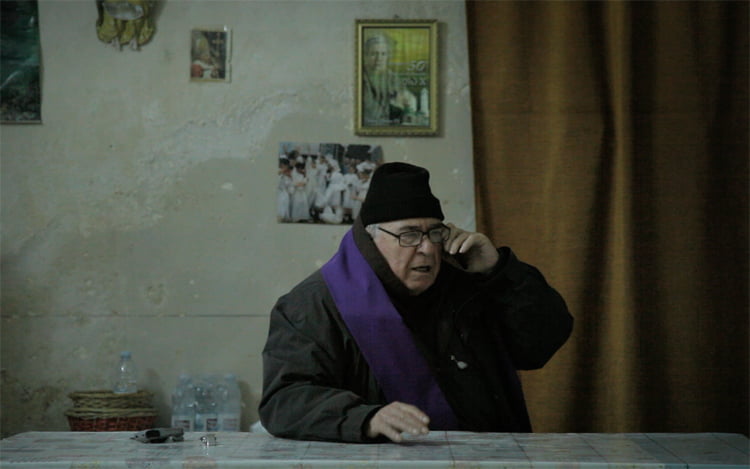 And now for something completely different. Italian filmmaker Federica Di Giacomo takes a look at the rise of demonic possessions and exorcisms in modern day Italy with a great deal of good humour. Di Giacomo spends time with Father Cataldo, a priest specializing in exorcisms, at his Sicilian church and some of the potentially demonically afflicted. Even if viewers don’t believe in such things (and I certainly don’t) or if they feel compelled to diagnose some of the people who cross Father Cataldo’s pews, don’t worry because the whip-smart padre doesn’t believe everyone who says they’re possessed, either. The combination of following Father Cataldo, one of the festival’s most memorable characters, and the subtle subtext about how so many people today are quick to blame all their social problems and health ailments on ethereal forces, make Libera Nos one of the hidden gems of the festival. You absolutely haven’t lived until you’ve seen an overworked and weary priest trying to perform an exorcism over the phone.