Review: ‘The Wedding Plan,’ a film by Rama Burshtein 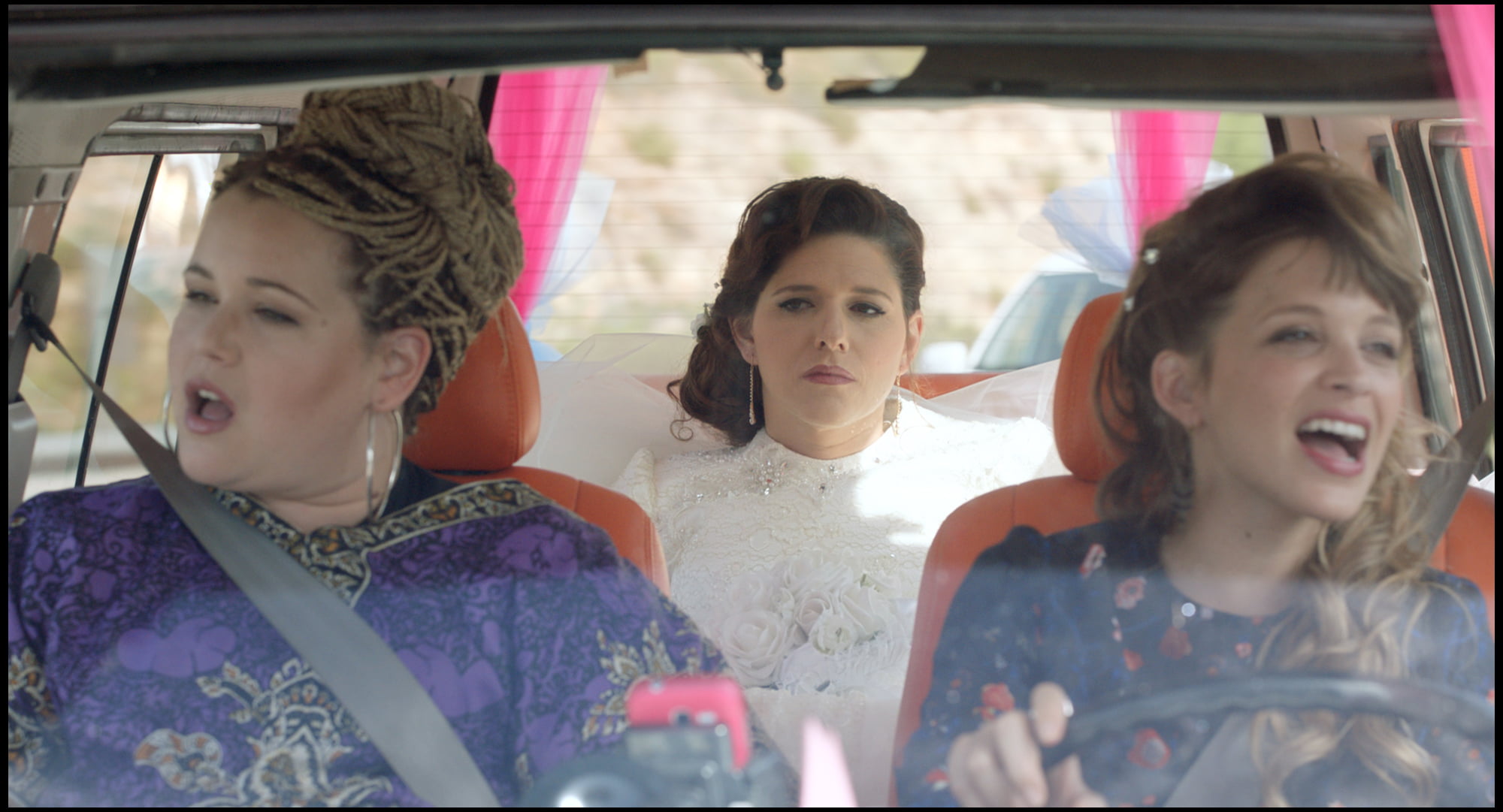 Israeli filmmaker Rama Burshtein’s unique take on traditional romantic comedy tropes, The Wedding Plan, takes a slower, more refined approach than the genre usually sees. It’s a film with a classic sort of hook that wouldn’t be out of place in a star vehicle for Jennifer Lopez, Jennifer Garner, or Jennifer Aniston, but while the plot sounds like something audiences might have seen before, they haven’t seen such a plot played this subtly and devoid of slapstick or contrived gags that exist only to embarrass the main character. The Wedding Plan, while still far from a perfect film, deserves to be commended for those reasons.

Michel (Noa Koler) is a 32 year old Israeli woman dumped by her potential groom less than a month before their wedding. She’s sick of dating and doesn’t want too long for anyone new to come along, so instead of cancelling her wedding, set to go down on the last night of Hanukah, the Orthadox Jewish Michel puts her faith in God that she’ll find a new mate in time for the ceremony. She starts dating again, lowering her previously unattainable standards, and continues to prepare for her nuptials like nothing at all is wrong or weird about what she’s doing, much to the chagrin and consternation of her mother (Irit Sheleg) and sisters.

Burshtein previously covered the topic of marriage within the Jewish community with her dramatic debut feature Fill the Void from several years ago, but while The Wedding Plan contains a similar amount of restraint, it’s a much more commercial, potentially crowd pleasing film. It’s a Hollywood premise adapted to fit a very specific culture with a specific set of rules, beliefs, and social moors. The Wedding Plan embraces its connection to Orthadox Judaism at every turn, and it probably works best and holds more entertainment value for those already familiar with the faith. It’s still an easy enough watch without that knowledge, but I can’t help but feel like I was personally missing a lot while watching The Wedding Plan. While Fill the Void was a film more expressly about how religion impacts womanhood, there was actually less of a learning curve for uninitiated or unfamiliar audiences to understand a lot of what’s happening. 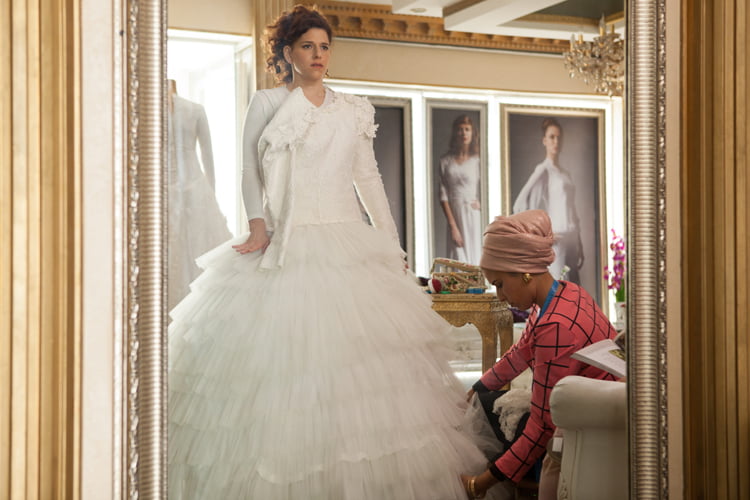 But all of the standard rom-com beats are still here. Michel bumbles her way through dates with men she previously found undesirable, and they’re rightfully skeptical of her or they remind her of why she never dated them in the first place. There’s an awkward moment where her former fiancée tries to get her to call off the wedding. Her family – all women and all varying degrees of unhinged – tries to meddle with the situation, but they make things worse as much as they help. She has a meet-cute with a kindly musician (Oz Zehavi) and a push-pull relationship with the man running her wedding venue (Amos Tamam). Sometimes these plot devices turn out in surprising ways, and sometimes they don’t.

But while Burshtein’s work bears traditional religious and narrative hallmarks, she chooses instead to play them out more contemplatively than some of her contemporaries. The Wedding Plan doesn’t unfold across a series of contrived skits that run into each other until eventually a funny movie emerges, but instead across long scenes of characters talking about their problems, doubts, and misgivings in great detail. Within a tried-and-true framework for commercial success, Burshtein finds a way to slow things down and allow people to get to the heart of why they do the things they do. In a lesser film, Michel would have been seen as a goofball with her head in the clouds, but Burshtein has found a way to make the viewer take her situation seriously. Even when characters around Michel crack wise about the outlandish plan to stage a wedding without a groom, they handle it realistically instead of with monocle popping theatricality and sarcasm. This marked deviation from rom-com normality is appreciated.

Or course, that leads to The Wedding Plan being the rare example of a high concept comedy that isn’t particularly laugh out loud funny at most turns. Also, unlike most entries in the genre, it’s restrained to a stylistic middle ground. It’s not austere, but not lavish, either. These shortcomings are quickly overcome, however, by a star-making turn from newcomer Koler. A perfect blend of warm and serious, Koler’s performance is reminiscent of Gilda Radner or Jenny Slate, depending on which era you come from. It’s a nuanced performance that holds Burshtein’s delicate tone together. She’s in practically every scene of the film, and considering that this is her first leading role, her poise and confidence in anchoring such a difficult film is easily more impressive than the film around her.

Like most romantic-comedies, The Wedding Plan probably won’t start any new trends or be remembered as more than just a pleasant deviation from the low bar set by the genre, but hopefully it will allow Burshtein and her star greater opportunities in the future. The Wedding Plan seems like a film constructed to bring everyone involved to a higher level of commercial viability, but it does so without selling out what the filmmakers find interesting about the complexities of human nature. More films should be as assured and intelligent as The Wedding Plan, and while it’s not likely to be a game-changer, it’s nice to know that it exists.

The Wedding Plan opens on Friday, May 12 in Toronto at TIFF Bell Lightbox, Cineplex Empress Walk, and Mount Pleasant, in Montreal at Cavendish Mall, Cineplex Forum, and Cinema Beaubien, and Winnipeg at Cineplex Cinema City Northgate. It opens at Cinecentra in Victoria, BC on Wednesday, May 24, at Bytowne in Ottawa, ON and Vancity Theatre in Vancouver on Friday, May 26, and June 2 in Regina, SK at the RPL Theatre and at the Highland Cinema in London, ON.

Check out the trailer for The Wedding Plan: