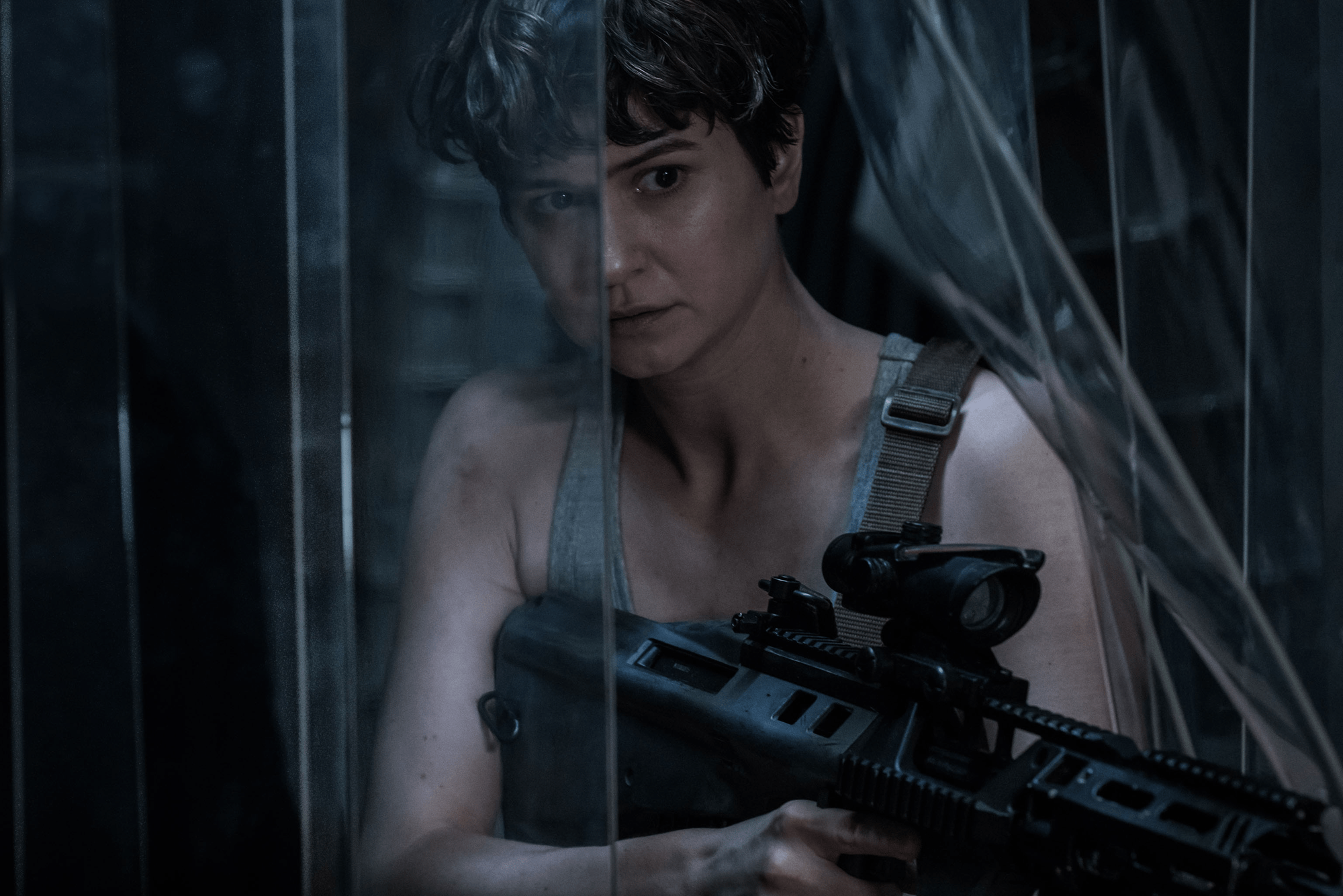 After Ridley Scott’s return to the Alien franchise with Prometheus garnered a divisive critical and popular response, the aging director’s follow-up, Alien: Covenant, feels like a retreat to more familiar territory. Still owing to the film that came before it, but not always beholden to it, Alien: Covenant contains more nods to the first film in the franchise and a handful of thrilling action sequences that wouldn’t feel out of place in James Cameron’s Aliens. It doesn’t abandon Prometheus’ religious and philosophical leanings, but Scott has consciously made the decision here to deliver something a bit more rousing and primal. For the most part, that decision turns out to be the correct choice.

The year is 2104, and the crew of the colonizing ship Covenant has been awoken by Walter (Michael Fassbender), the ship’s android helper (and one different from the actor’s character in Prometheus), from years long hyper-sleep to deal with damages to the vessel that could put the over 2,000 frozen, sleeping colonists on board in danger. The crew loses their leader in a freak accident upon their waking up, and leadership is taken over by Oram (Billy Crudup), a cautious man of undefined faith who thinks on some level that the crew of the Covenant is fulfilling some sort of deeper purpose. While they’re awake, the crew receives a distress signal from a nearby inhabitable planet. Not knowing how long the repairs to the ship will last, Oram makes the decision that they’ll land on the planet to answer what he thinks is a call for help. Fellow ship officers Daniels (Katherine Waterston) and Tennessee (Danny McBride) are dubious, and rightfully so, since they’re unsurprisingly headed to the planet where the events of Prometheus happened ten years prior.

Of all the varying sequels in the Alien franchise, Covenant owes the most to the original vision of the late Dan O’Bannon and the spirit of the first film. Writers John Logan (Gladiator, Rango, Skyfall) and Dante Harper create a story that plunks the audience into the middle of a developing situation already in progress, filling in context and character along the way whenever the momentum of the piece will allow. Much like the first Alien, the viewer only knows that these are people who have been sent to perform a task and are now caught up in a life threatening situation they couldn’t plan for. It’s a threatening situation even before they land on the doomed planet and the aliens start turning up, but this manner of storytelling apes the origins of the franchise wonderfully. (Side note: I understand that there’s an online prequel story for Alien: Covenant that explains these characters in greater depth, but I would advise against watching it. It’s not bad by any stretch, but it dampens the impact of watching these events unfold with fresh eyes.)

Once the crew members land and begin to study this mysterious planet, Scott switches gears closer to what he less successfully, but a lot more subtly attempted to do with Prometheus. Without giving too much away, things come full circle and some nagging questions from the previous film are finally answered, while the genesis of some of the franchise’s most notable xenomorph nasties gets fleshed out in a bit more detail.

Narratively, the film moves from New Testament allusions and nods to The Last Supper, the apostles, and the death of Jesus Christ to Old Testament parallels on the planet (the plagues, Cain and Abel, Jonah and the whale). It’s also not merely a happy coincidence that the crew includes three husband-wife pairings at the centre of the story. There was a spiritual component to Prometheus, but one bogged down at too many turns by Scott’s attempts to fuse Christianity with modern and classical philosophy. With Alien: Covenant (the title acting as the most obvious allusion of all), Scott wisely picks a thread and sticks to it throughout. It can get pretty cheesy and on the nose at times, but there’s a focus to this effort that Prometheus lacked. 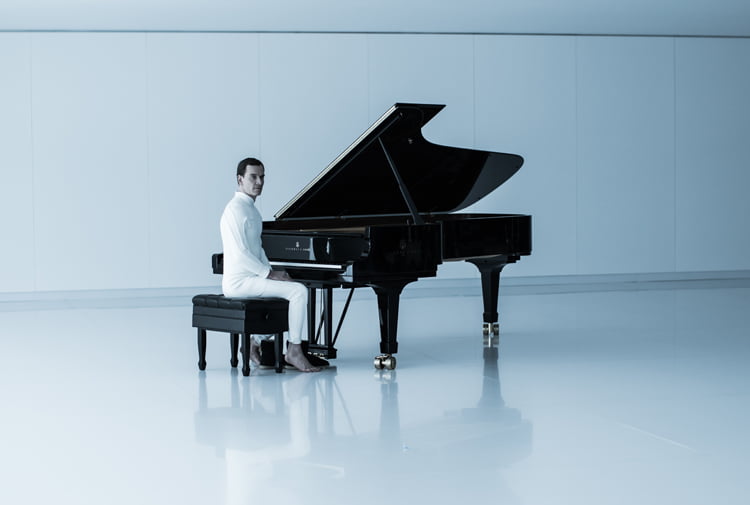 Cinematographer Dariusz Wolski draws on the work he did for Scott in Prometheus, but the refinement of focus allows this film a bit more visual creativity. The sleek, claustrophobic designs of the ship give way to foggy, grand, and craggy landscapes with overwhelming amounts of danger before transplanting those larger, all encompassing fears back to the microcosmic world of the film’s earlier settings for the grand finale. The pulsating, grandiose musical score from franchise addition Jed Kurzel (The Babadook, Slow West) compliments things nicely in moments of terror and peril, and reigns things in nicely whenever Wolski and Scott need to make a grander visual point. The on-point storytelling also allows frequent Scott editor Pietro Scalia to deliver one of his best collaborations with the sometimes soft-focused director.

The performances are hard to talk about without spoiling too much, especially the work being done by Fassbender, which I’m not entirely sold on and I can’t really talk about why without giving away the whole plot. Waterston makes an excellent heroine, but she has the unenviable task of inhabiting a role that viewers will immediately want to connect to Sigourney Weaver’s iconic Ripley character from the first four franchise efforts. A close read reveals that the two characters have little in common and different arcs, but those initial comparisons are sadly unavoidable. Crudup and McBride are also quite good as characters who function as polar opposites of each other but rarely interact. Sadly, pretty much everyone else here (including the likes of Demián Bichir, Carmen Ejogo, and Amy Seimetz) are interchangeable cannon fodder with little to do.

Overall, Alien: Covenent feels like a return to familiarity, but not one that betrays the new direction that Scott has in mind for the series. Pithily, I could posit that this is the Aliens to Prometheus’ Alien, and it wouldn’t technically be wrong. While Prometheus struggled mightily to say something profound and build a sense of mystery, Alien: Covenant succeeds by embracing the B-movie roots that made the franchise beloved in the first place, using already established signposts, allusions, and trademarks as tools instead of gimmicks. Most importantly, as a stand-alone film taken on its own terms, the assured, confident, and swaggering Alien: Covenant delivers the goods that audiences probably wanted from Prometheus in the first place. Fans of Prometheus might see this as a step back, but there’s no denying that Alien: Covenant is the more entertaining and pointedly insightful of the two most recent Scott franchise efforts.

Alien: Covenant opens in theatres everywhere on Friday, May 19, 2017.

Check out the trailer for Alien: Covenant: