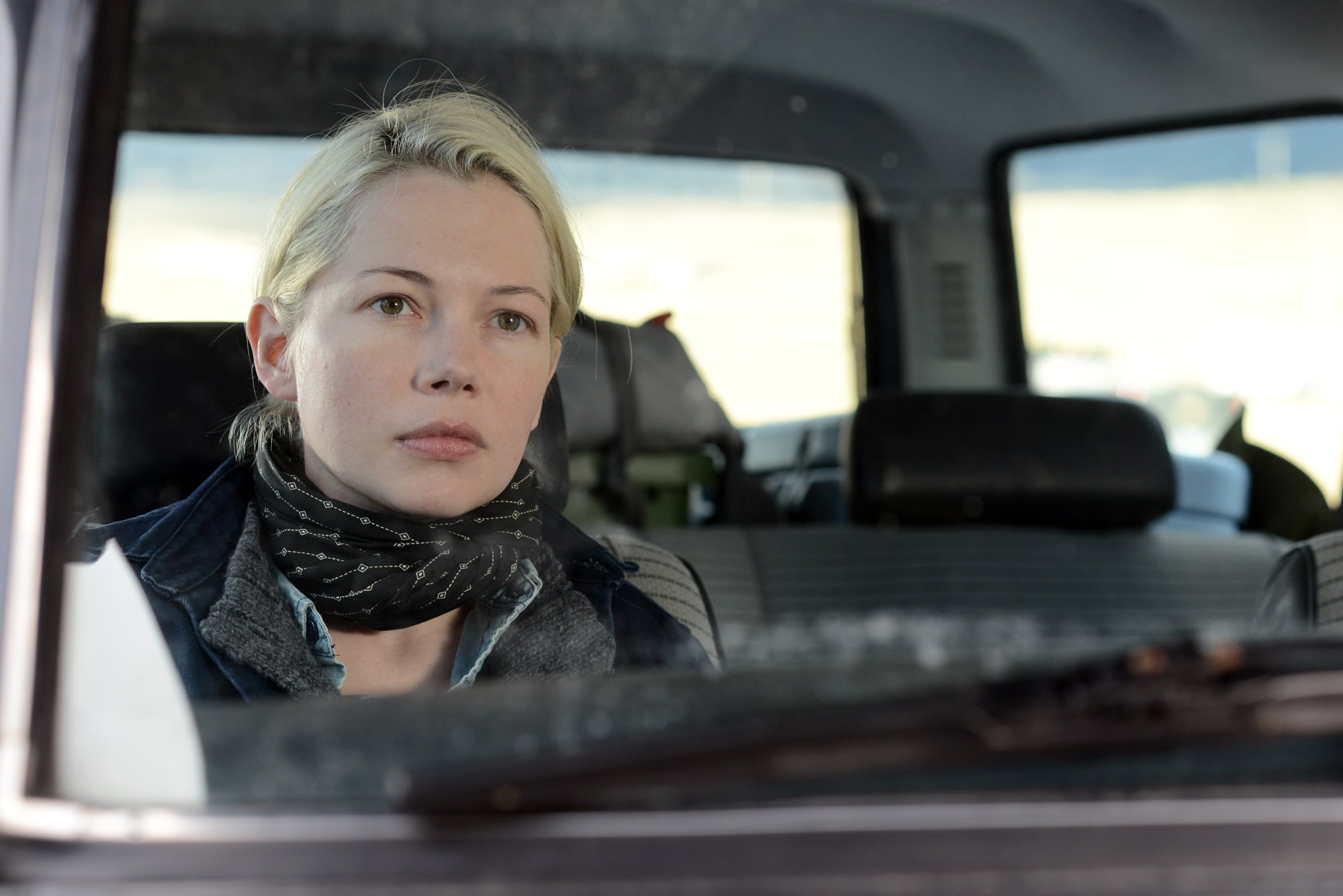 It has taken an egregiously long time for Kelly Reichardt’s resplendent, slow cinema, humanist masterpiece Certain Women to make its way back to a Canadian theatre. Certain Women, which last played in Toronto this past September at TIFF, received a theatrical release and well warranted critical acclaim in the U.S. last fall. In Canada, it was quietly, inconspicuously, and unceremoniously released to VOD over the winter. It’s a film that has technically been available to Canadian viewers for quite some time now, but a highly belated theatrical release at TIFF Bell Lightbox this week allows people to see the film in its best possible presentation. It’s a must see in any medium, and one of Reichardt’s best efforts. Even if you don’t live in Toronto, seek this film out.

For Certain Women, writer, director, and editor Reichardt (Wendy and Lucy, Meek’s Cutoff) adapts a trio of short stories by Montana based author Maile Meloy: Tome, Native Sandstone, and Travis, B. They’re loosely connected for the sake of crafting a cohesive film, but mostly they’re about four vastly different women trying to remain professional, composed, and strong in a patriarchal society.

In the first of the three stories, Laura Dern plays a tort lawyer, conveniently named Laura, struggling mightily with a troublesome, fraying, but still sympathetic client. Fuller (Jared Harris, in the film’s best male performance) is an illiterate labourer who recently settled a workman’s compensation claim. He can’t wrap his head around the fact that by taking the settlement he has waived his right to sue his former employers for undue hardship on his family and further medical assistance that he desperately needs. Fuller’s frustrations lead to him taking an overnight security guard hostage at his former place of employment. The police call in his lawyer to try to deescalate the situation.

In this story, Reichardt not only depicts a classical narrative of a good man pushed too far from the unique perspective of a hardened, cynical lawyer trying to navigate a broken legal system, but also of an uneasy friendship. Dern and Harris play well off each other, and there’s always the sense that the trust between them only extends so far, and that he has more trust in her than she does in him. At the same time, society sees them in similar ways. They’re both easy targets for folks looking to place blame on all society’s ills: the educated woman and the simple working man. 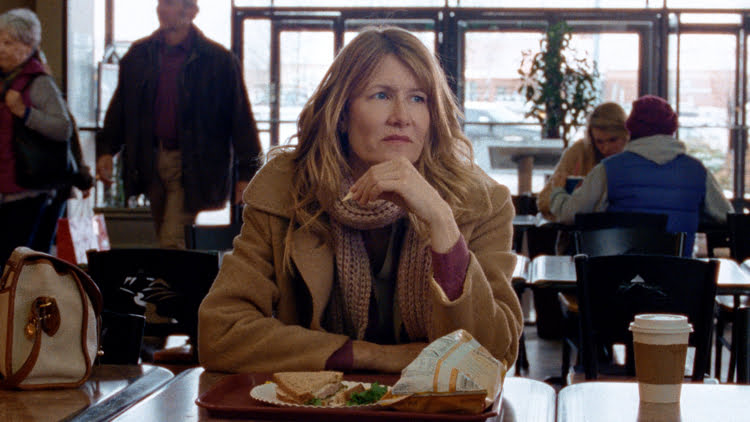 Despite the understandable lawyer/client mistrust, it’s abundantly clear that Fuller is the only male in this story who respects Laura as an equal. Laura’s tryst with a married man is on its last legs, and she’s about to be pushed to the side by her lover for tenuous reasons of comfort and shame on his part. A trip to another lawyer in Billings finds her supposed colleague direct addressing Fuller the entire time (like one would talk to a scolded child), and not his counsel. When she arrives at the climactic stand-off, the officers in charge outfit her with a bulletproof vest and the proceed to tell her how to do a job that she has already been performing under less heightened circumstances for years. It builds to a moment of narrative restraint that most cinematic hostage situations never do, and the quiet realization that they’re both desperate people.

The middle and most subtle of the three tales concerns Gina (Michelle Williams) and Ryan (James Le Gros), a married couple in the midst of roughing it with their teenage daughter (Sara Rodier) while they construct their dream home. Ryan consistently “jokes” with Gina that he has to do everything for their family, and she always seems just a few moments away from snapping on him or walking out altogether. They pay a visit to Albert (Rene Auberjonois), an elderly local resident with a load of sandstone from an old schoolhouse sitting in front of his home. The couple thinks that the stones would make a great addition for their house in some way, but they still don’t seem entirely sure how they would use it once they get it. It’s unclear if Albert, who could be acting cagey or senile, wants to give the couple the stones for free or take them up on their offers to pay him for the materials.

Throughout their visit with Albert, Gina tries to engage in the conversation and any sort of deal making, but she’s brushed off by the old man, either via small talk or him ignoring her. The old man only wants to bullshit. Gina wants to ask for a friendly favour and a deal. Ryan constantly insists to Albert that the stonework is all Gina’s idea, and both carry on like she’s not even in the room.

Dramatically, this central story holds far less stakes and theatricality than the stories that precede and follow it, but it ties into Reichardt’s larger themes about how women of great intelligence are often still treated like second class human beings instead of capable, mature adults. Women are often seen as the “emotional sex” by chauvinists, and this story refutes that notion by displaying male egos that are run by contradictory emotions; the kind of push and pull where no one actually says what’s on their mind to avoid conflict and establish camaraderie and nothing ever ends up getting done. Williams, a Reichardt regular, makes Reichardt and Meloy’s text visual, displaying an open, tempering discomfort, in a story bookended by her character sneaking a pair of well earned cigarette breaks. 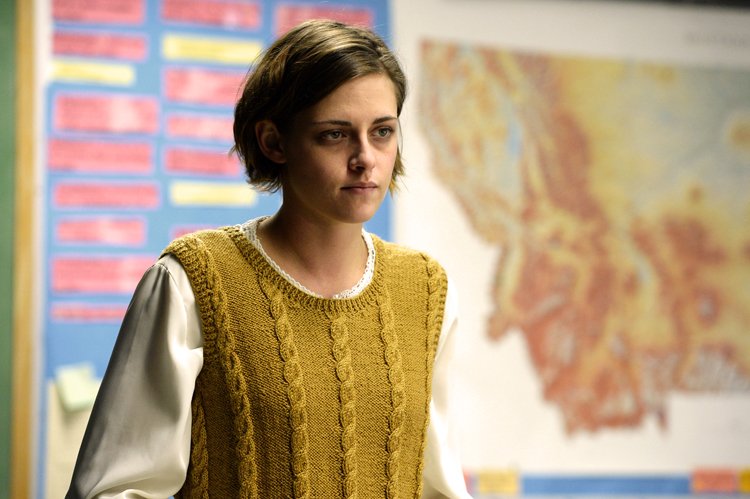 Like many anthologies, Reichardt saves the best of Certain Women for last: a story of a lonely rancher (Lily Gladstone), who one night out of boredom decides to travel into town and sit in on a night school class in educational law, taught by frazzled, but endearing young lawyer Beth (Kristen Stewart). Beth and the farmhand strike up a friendship, often hitting a local greasy spoon after class so the lawyer can vent her frustrations about any number of things, mostly her lengthy commute and how she was forced into the teaching gig by bosses who “think it’s funny.”

There’s clearly some sort of attraction between the rancher and the lawyer, but Reichardt, Stewart, and Gladstone never play this dynamic for melodramatic, romantic goals. Instead, this closing story (not including a trio of epilogues) shows a kinship and closeness between two lonely people: one who’s lonesome by design and the other by circumstance. Stewart continues to impress as a performer, but this segment and indeed the entire film benefits from Gladstone’s heartrending and warm performance. Certain Women boats excellent performances all around, but Gladstone’s subtle, fully realized work surpasses them all.

Certain Women isn’t merely a case of a masterful filmmaker working with great material, but of a hyper-realistic filmmaker at the top of her game. Reichardt depicts reality with the soul of a poet or painter and the eyes and ears of a documentarian. Her depiction of rural Montana life isn’t full of perfectly arranged details, but numerous rough edges on the people and their surroundings. It’s not a hick community worthy of derision, and these aren’t tales of privileged people learning some sort of lesson. These are stripped back depictions of life at its rawest and most realistic. Each story takes cues from established, sometimes disreputable genre – a legal thriller, a marital drama, and a meet-cute – and reduces them via a slow simmer to their essence and to the best kind of cinema. Certain Women is restrained, but it speaks grandly to our basest instincts, beliefs, cultural prejudices, and flaws. These are intimate, close character studies that anyone could see themselves in, for better and for worse.

In Reichardt’s Montana, a thick fog of silence in the still mountain air is cut only by people speaking, passing train whistles, various forms of rustling, and feet treading noisily on frozen earth. All the light on display is naturally occurring, and both visually and metaphorically it never reaches everywhere the viewer hopes it would. Certain Women gives off an otherworldly feeling, but it’s a world that’s assuredly ours. It’s far from theatrical, but Certain Women is a resoundingly empathetic work of cinema, one whose vistas and percussive outbursts are best viewed in the quiet of a theatre.

Certain Women opens (finally) at TIFF Bell Lightbox in Toronto on Friday, May 19, 2017. If you don’t live in Toronto, you can find it on select VOD platforms and on DVD.

Check out the trailer for Certain Women: