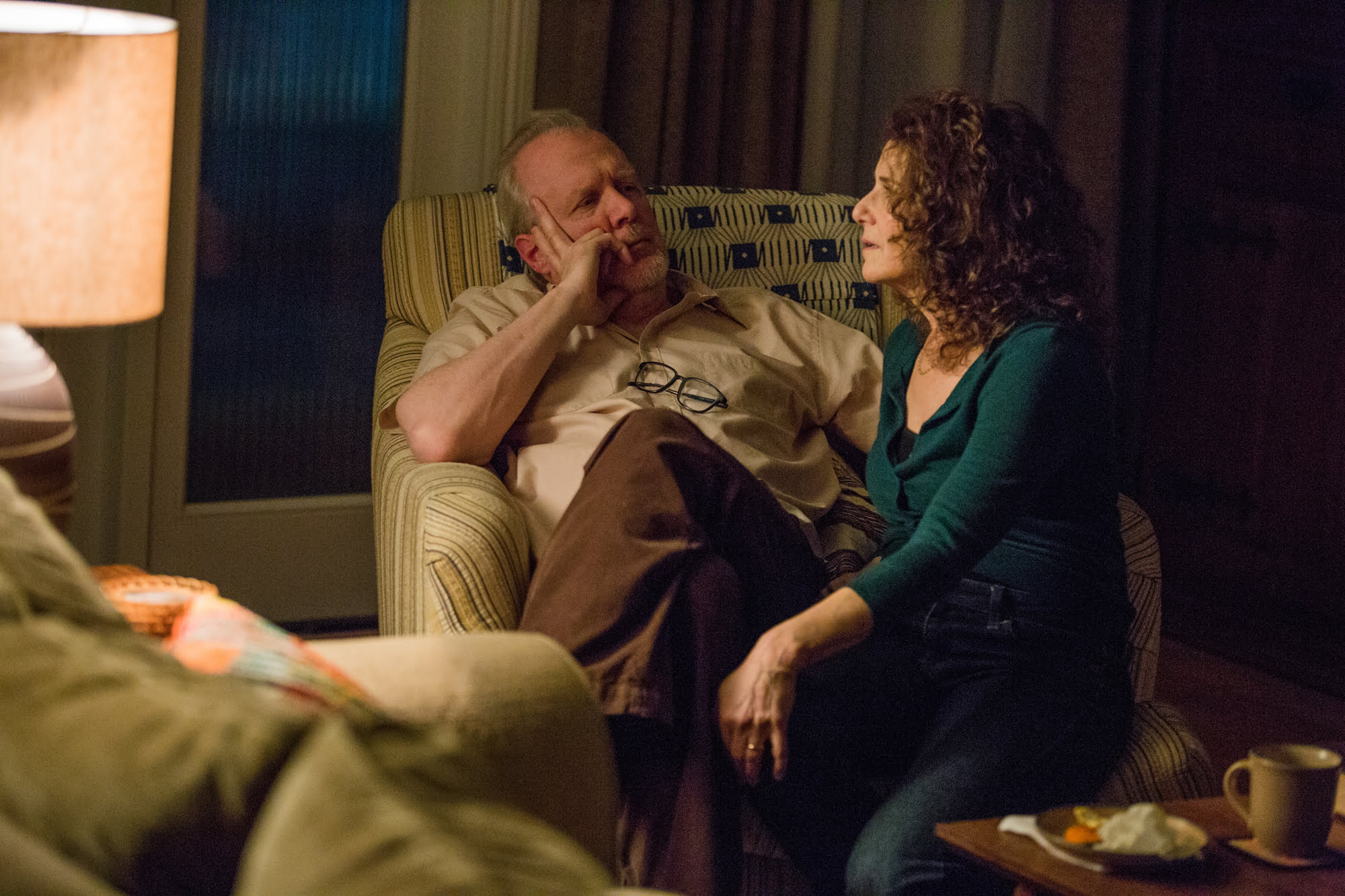 Writer-director Azazel Jacobs’ low-key marital comedy The Lovers takes a pair of underrated, underutilized performers and allows them to command centre stage. The pairing of Debra Winger and Tracy Letts as an unhappily married couple on the verge of a split makes for an inspired and engaging look at how unhappiness is just as much of a uniting force as joy and how time will make fools of us all.

Mary (Winger) and Michael (Letts), a pair of suburbanites who probably would have identified as yuppies a few decades ago, have been carrying on with other lovers for some time now, and after an impending visit from their son (Tyler Ross) and his girlfriend (Jessica Sula), they both have separate plans to end the marriage. Mary has been carrying on with a depressive, tortured writer (Aidan Gillen), and Michael sneaks around with a passionate, emotionally unrestrained ballet instructor (Melora Walters). When the film joins them, they’re both at the point where they communicate primarily from separate rooms while texting with their lovers throughout their entire banal conversation. But as the arrival of their son inches closer, cracks start to show in their affairs, and Mary and Michael start hooking up again and remembering why they liked each other in the first place.

The Lovers is a simple film that doesn’t need to swing melodramatically for the fences at every turn to be successful. Jacobs (Terri) gives his cast plenty of juicy material to work with, and makes sure that they’re relatively demure suburban lifestyles look as visually appealing and kinetic as he can. It’s not so much the kind of film that’s constructed for powerhouse direction, or even necessarily for forced, pre-written witticism, but one where the story, characters, humour, and drama have to come together via performance. In this regard, Jacobs couldn’t ask for better collaborators than Winger and Letts, but the rest of their cast contribute nicely, as well. 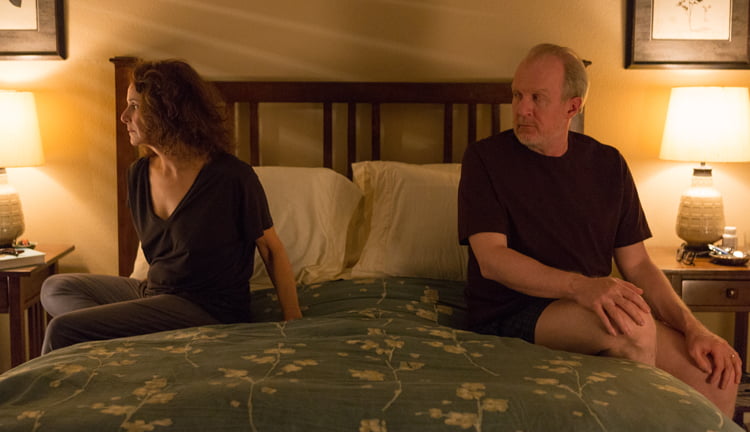 Winger and Letts are a joy to watch together and apart, often getting laughs from facial expressions and the simplest of exclamations. These aren’t showcase performances, nor do they have to be. They just have to feel realistically lived in, and there’s never a moment where the viewer doesn’t believe that the two leads are a real married couple. This is key for Jacobs’ story to work because the whole point of The Lovers is to make it known that while Mary and Michael might not be perfect for each other in any respect, they’re less wrong for each other than their current choice of doting, needy paramours. The chemistry needed between Winger and Letts has to be both awkward and effortless, and the two performers nail it, delivering some of the best work of their careers.

After about an hour, The Lovers begins to show signs of narrative fatigue, and one fears that the film might not have as much to offer as Winger and Letts’ performances promise, but the arrival of Ross’ skeptical, snarky, and sometimes combative son injects a some new blood into the film when Jacobs needs it most. It also allows for the film to build to a moment of realistic comeuppance for a fractured couple where both parties are equally right and wrong in their actions. By its conclusion, The Lovers doesn’t let Michael or Mary off the hook for being jerks to each other, but finds a place where they can have a modicum of happiness in their own minds. The viewer might not have the same piece of mind that the characters have, but the complicated conclusion of The Lovers still feels like a best case scenario.

The Lovers opens on Friday, May 19, 2017 at Cineplex Varsity Cinemas in Toronto and Fifth Avenue in Vancouver. It opens in Montreal on Friday, May 26th and expands to additional Canadian cities throughout the spring and summer.

Check out the trailer for The Lovers: