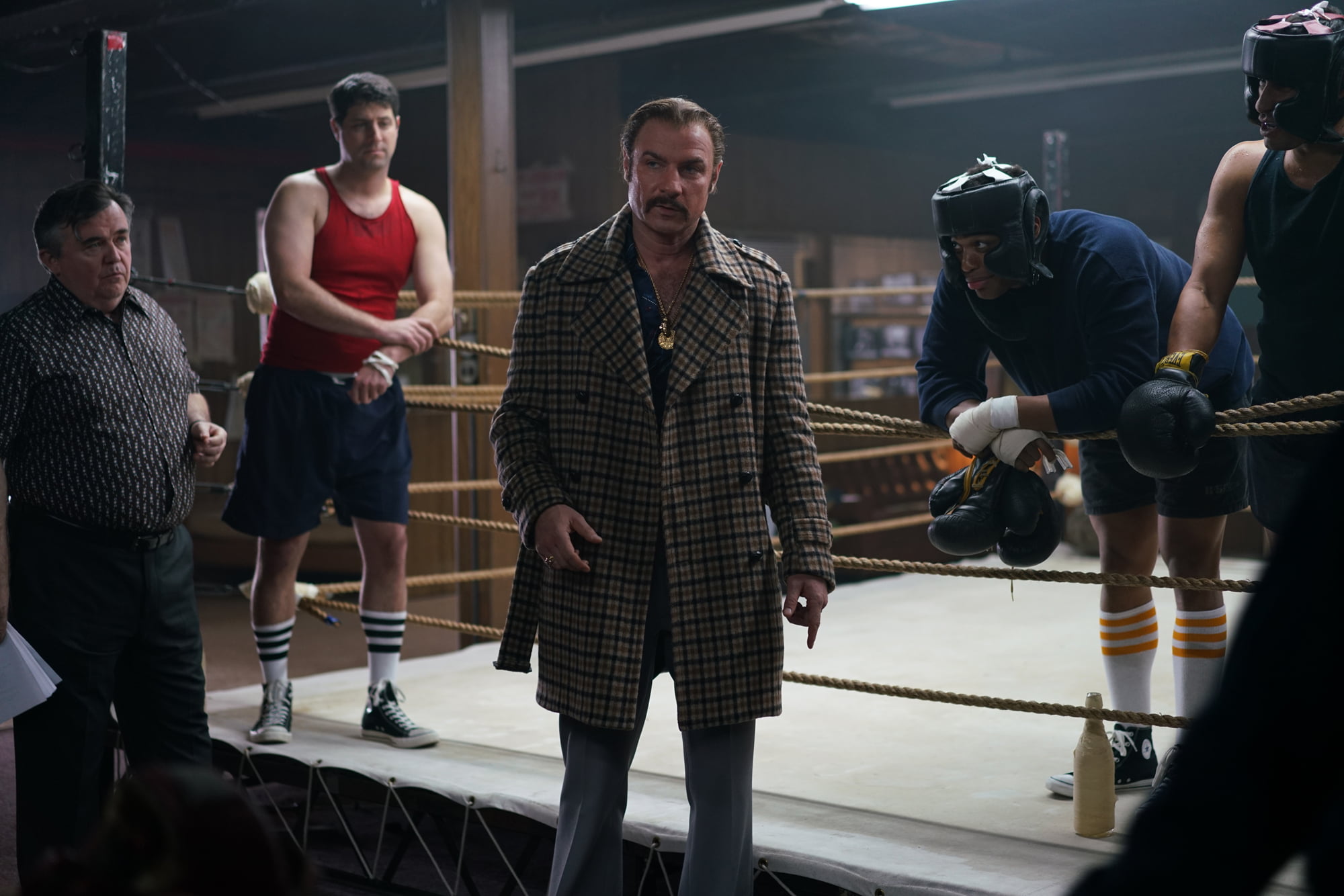 Plenty of notable films have been made about scrappy, wannabe boxers, which is probably why Canadian filmmaker Philippe Falardeau has no trouble resting heavily on the laurels of Rocky and Requiem for a Heavyweight throughout his latest effort, the biopic Chuck. That decision to coast on already established conventions might have made another film seem tedious, but makes perfect sense when talking about Chuck Wepner. The subject of Falardeau’s latest cites Requiem for a Heavyweight as his favourite film, and in 1975 the unlikely heavyweight sensation became the unlikely inspiration for Sylvester Stallone’s Oscar winning crowd pleaser.

Chuck Wepner (Liev Schreiber), derogatorily nicknamed The Bayonne Bleeder because of the prodigious amounts of viscera he spilled in any given bout, was a blue collar liquor salesman from New Jersey and rising championship contender in the boxing world. After an unexpected turn of luck, Wepner was called upon to fight Muhammad Ali (Pooch Hall) in a heavyweight title fight. Although most saw Wepner as a joke and bum brought in simply so a white guy would boost the gate even further on an Ali fight, the unlikely contender fell just seconds shy of going to a fifteen round decision with a champ that should have knocked him out easily. An already swelled ego began to grow further as Chuck enjoyed his unplanned notoriety, and it got worse when he starts interacting with Sylvester Stallone (Morgan Spector) following the actor’s award wins. Wepner never saw a dime from Rocky, but he acted like he did the whole thing himself, ruining his marriage to his fed-up postal worker wife (Elisabeth Moss) and further driving a wedge between himself and his estranged brother (Michael Rapaport).

Chuck, which premiered at TIFF last year under the title The Bleeder, has been a passion project for Schreiber over the past several years, and to watch him finally get a chance to dive into the role of Wepner is a blast. The script, penned in part by Schreiber, Jerry Stahl (Bad Boys 2, Permanent Midnight), documentarian Jeff Feuerzeig (who made an ESPN 30-for-30 episode on Wepner), and Pulitzer Prize and Emmy winner Michael Cristofer (The Witches of Eastwick, The Bonfire of the Vanities), balances serious dramatic beats, a healthy sense of humour, and dances around any sort of mythologizing about Wepner’s life.  Everyone involved, especially Schreiber and Falardeau (Monsieur Lazhar, The Good Lie), understands that Wepner’s place in boxing and cinematic history is dubious at worst and heavily skewed at best, and a picture of realistically flawed man emerges nicely. 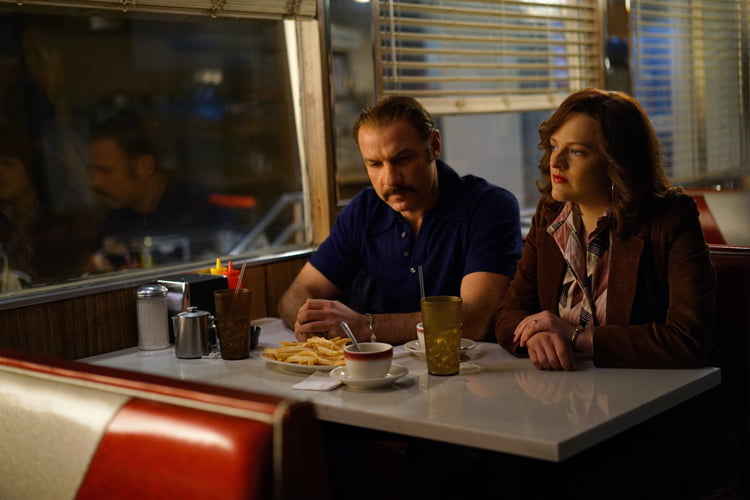 Schreiber portrays Wepner as someone who could tell a great story in a bar, but would be lost if he didn’t have some degree of fame. As a fighter, he was decent enough to be a contender, but never great enough to be taken seriously. Schreiber, a boxing enthusiast who trains in real life and took real punches during filming, makes sure that Chuck looks like a credible athlete beneath his garish exterior, but also makes it known to viewers that with Wepner what one sees is what one gets. He seems like a decent enough friend to those around him, but a self-destructive maker of poor life choices.

Schreiber gets some nice help from his surroundings, with Falardeau packing the film to bursting with period detail and appropriate style, and from the supporting cast. Moss makes for Schreiber’s best sparring partner, making every outburst or cutting glare from Chuck’s wife feel palpable and warranted. Hall and Spector steal their scenes by portraying Ali and Stallone, respectively, in performances devoid of caricature and with a great deal of subtlety and restraint. Ron Perlman, Jim Gaffigan, and Naomi Watts have smaller roles, but some great character moments as Chuck’s manager/trainer, Wepner’s closest buddy, and a sympathetic bartender, but the smallest character role that leaves the biggest impact is Rapaport’s. Here’s an actor who hasn’t had this great of a role in years, big or small, and as Wepner’s conflicted brother, he becomes the one person who will always beat Chuck in a verbal sparring match by speaking uncomfortable truths to his big headed sibling.

Sure, Chuck is structured as the same kind of rise and fall from success story that has been done too many times to count, but it’s a film meant with an eye to entertain moreso than a film designed to court critical acclaim and analysis. It’s an assured bit of filmmaking from one of Canada’s best working directors that will likely lead to further American studio projects, and a great vehicle for a role Schreiber clearly holds a lot of passion about. Much like Rocky, Chuck heartily satisfies a lot of basic cinematic dietary requirements and leaves viewers full by the time the credits roll.

Check out the trailer for Chuck, and be sure to read our interview with director Philippe Falardeau about the making of the film.