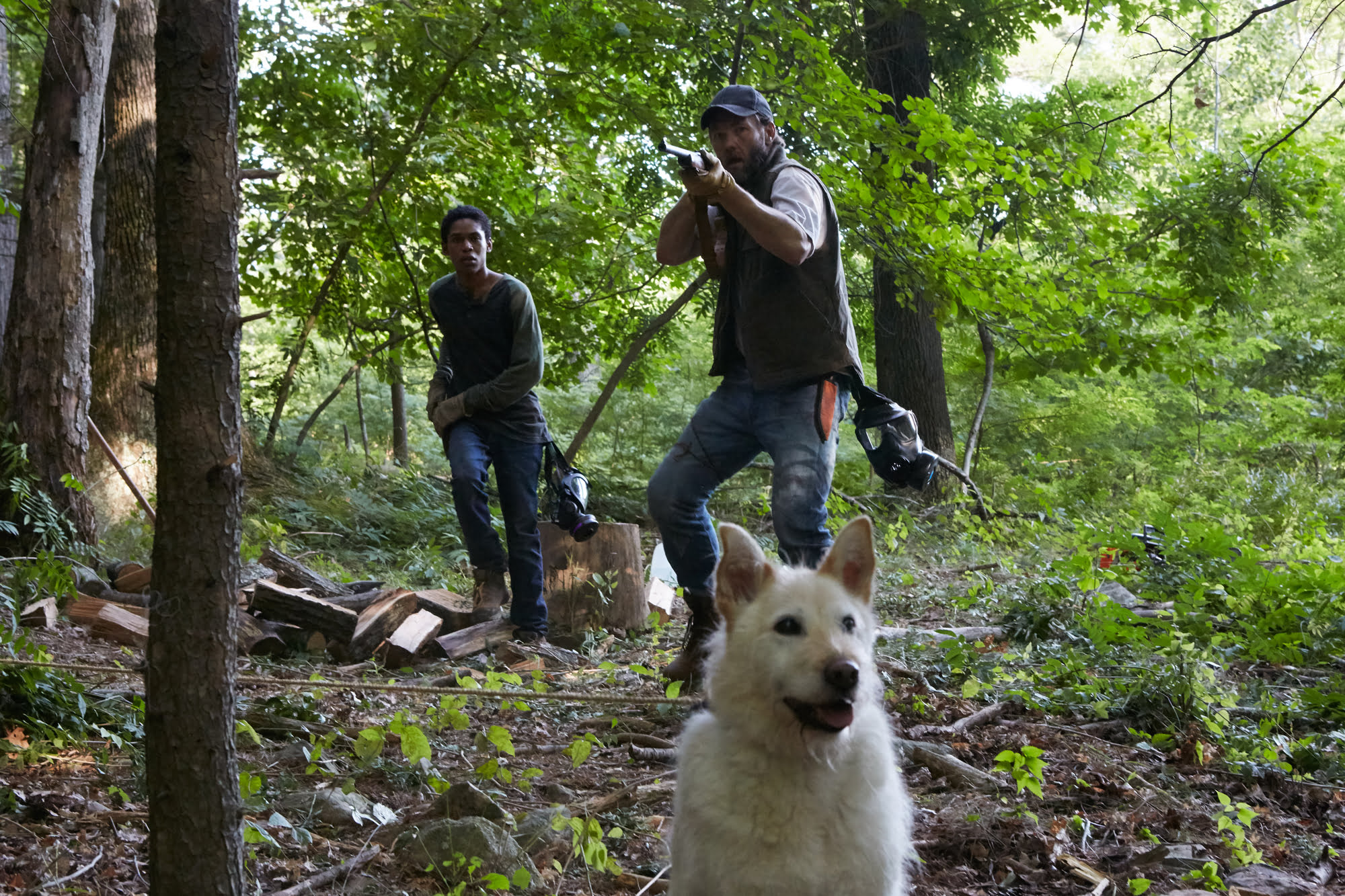 The psychological thriller It Comes at Night reeks of maximum effort for minimal gain. It tries so desperately hard to be artful, profound, and scary that it manages to fail at all three spectacularly, mistaking ambiguous floundering for subtextual depth, creative lighting schemes for tension, and po-faced seriousness for substance. The second feature film from American writer-director Trey Edward Shults (following Krisha, one of last year’s most underrated efforts) is rigorously composed to within an inch of its stifled, stuffy, overwrought life and for little more than a bog standard post-apocalyptic narrative that’s indistinguishable from many similar narratives that dot the straight-to-VOD wastelands.

Sometime in the indeterminate future, some sort of disease or plague that causes people to break out in boils, develop coal black eyes, and spew blood and bile has taken a massive toll on the human race. Paul (Joel Edgerton) and Sarah (Carmen Ejogo) have been surviving off the grid in a boarded up house in the middle of the forest with their teenage son, Travis (Kelvin Harrison Jr.). They don’t leave the house at night unless it’s an emergency, they almost always wear gas masks outside, and they never open up that ominous red door in their home unless they have to. Their quiet life of self-preservation is put to the test when they catch Will (Christopher Abbott) attempting to loot their home. Paul learns that Will’s wife (Riley Keough) and toddler son (Griffin Robert Faulkner) are nearby, desperately trying to survive themselves. After conferring with his family, Paul invites Will and his family to stay with them, but will that turn out to be a mistake that could cost everyone their lives? Will Paul’s mistrust for humanity and drive to protect his family at all costs take him to a dark place?

If you’ve ever seen or heard a story where the world is coming to an end and it turns out that human beings are secretly terrible, self-serving creatures, you already know everything that It Comes at Night has to offer from top to bottom. There’s nothing intriguing, new, or refreshing about any of this, outside of telling about a quarter of the story from Travis’ somewhat limited, openly sexualized teenage viewpoint, something that would have a greater impact if we knew anything about Travis as an actual human being.

Not even Shults’ prideful sense of ambiguity is new to this genre. It doesn’t matter what the plague is or if there are other survivors. The tone from the film’s morose opening (where Travis has to say goodbye to his infected grandfather) to the unintentionally hilarious, terse, and predictable final shot blatantly tells the viewer that it doesn’t matter. It’s nothing more than a deliberately paced spookshow that tries to use austerity to mask a complete and utter lack of originality. The ambiguous disease is there to provide a backdrop for an even hokier and equally half-baked drama. 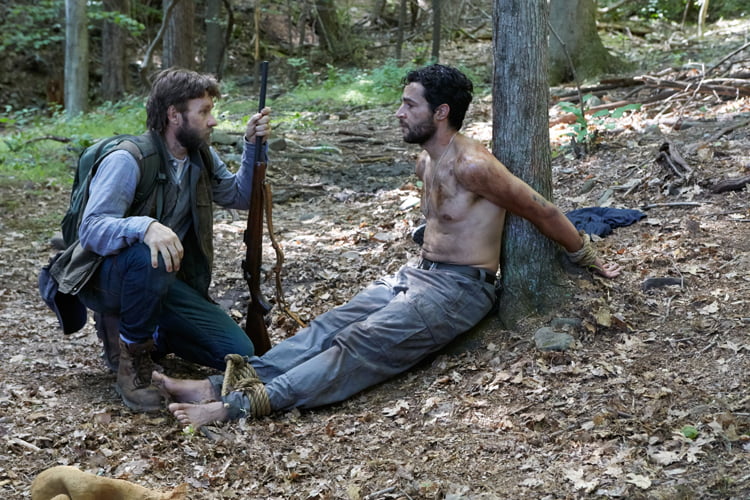 Ambiguity in these kinds of films is a double edged sword. Sure, it doesn’t matter what spooky disease has been ravaging humanity, but it does matter who these people trapped in this dangerous situation are and why the audience should care about their survival or root for their potential destruction. Sadly, Shults doesn’t develop any characters beyond single word descriptors. Travis is antsy. Paul is cautious. Sarah is conflicted. Will is shady. The cast is fine all around, and they’re arguably doing the most heavy lifting, but they’re conversely given precious little to work with or give back to the viewer.

The characters don’t need to be deep for a film like It Comes at Night to succeed, but the viewer does need to see or understand what their lives were like before these tragedies befell them. If the audience doesn’t have that, they at least need to know what their hopes and dreams or plans for the future are. Without at least one of those elements, all the viewer gets is pure, uncut misery without a clear reason to want to spend time around any of them. There’s no investment in any of this beyond wondering when the next shoe is going to drop and where the next spooky noise is going to come from. The only bit of backstory provided by any of the characters turns out to be outted as a lie seconds after its spoken, so why care about any of this? Why invest even a moment of one’s time? All Shults has are people who are maybe going to die a horrible death and not a single reason to feel anything about them. It’s as soulless as a Friday the 13th sequel minus any sense of fun or knowing camp value. (Although, A Nightmare on Elm Street might be a more apt comparison given the unnecessary number of fake-out dream sequences that occur throughout Shults’ film.)

Shults has invested way more into the work of cinematographer Drew Daniels and the unnecessarily bombastic score provided by Brian McOmber than he has into his story or characters. It Comes at Night never feels like a horror film that’s trying to be scary, but as a challenge to its camera operators as to how best they can create a sliver of light on someone’s pained face in an all-too-perfect and unnatural way or to capture the essence of a room lit by a single flashlight. It’s the kind of movie that belongs in a first year film course, constantly mistaking trickery for mastery, and using every shortcut in the filmmaker’s arsenal to deliver a work of righteous self-importance.

The world doesn’t need another film to tell us that humanity is shitty in times of crisis (especially one that also uses a mysterious disease as a plot device), and it especially doesn’t need one as self-serving, under-developed, and hackneyed as It Comes at Night. Yes, these kinds of narratives are growing as wearisome as the shambling carcass of TV’s The Walking Dead, but they can still be fun, scary, or thought provoking. Comparing It Comes at Night to a vacuous abyss would be doing a disservice to the abyss. It’s more like an ornate looking trunk with nothing inside except the stench of buyer’s remorse.

It Comes at Night opens at theatres everywhere on Friday, June 9, 2017.

Check out the trailer for It Comes at Night: