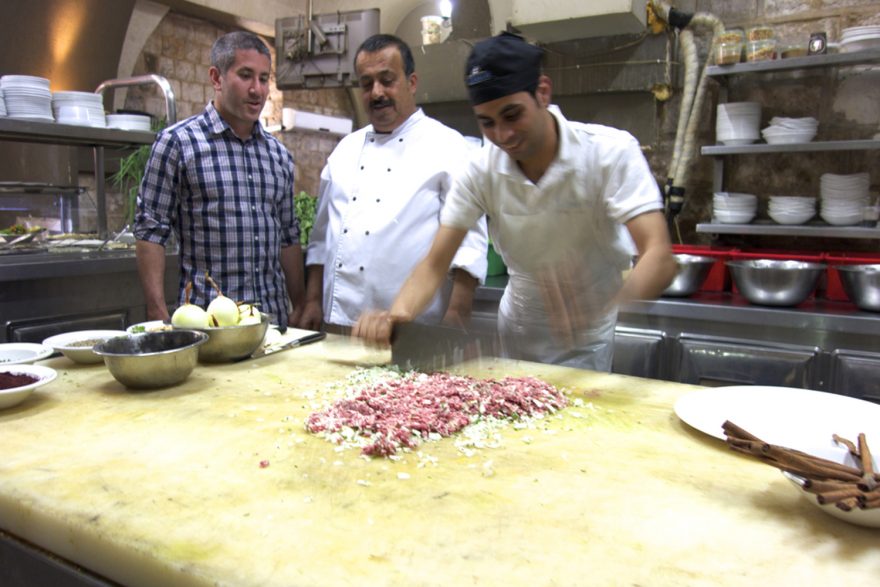 While a lot of people insist that Canada has no discernible cuisine of its own, the same could be said of Israel. A country that would barely qualify as a senior citizen if it were a person, Israel, like Canada, bears a confluence of influences on their national food scene. Canada might be older than Israel, but watching similar debates arise in filmmaker Roger Sherman’s charming and mouth-watering documentary In Search of Israeli Cuisine will hold a lot of chuckles and sly parallels for hip local foodies.

For his guide through the labyrinthine world of Israeli cuisine, Sherman turns to chef and restaurateur Michael Solomonov, who was born in Israel, raised in Pittsburgh, returned to his birth country to learn his trade, and returned to Pennsylvania to launch an Israeli restaurant. In Search of Israeli Cuisine finds Solomonov travelling all over the country, from the deserts and mountains to the secular hub of Tel Aviv and the devout city of Jerusalem.  At every stop, Solomonov asks local chefs, journalists, historians, and foodies about their feelings on Israel food, and asks them pointedly if there is such a thing as Israeli cuisine.

Although mostly everyone Solomonov and Sherman talk to throughout In Search of Israeli Cuisine espouses their love of being able to use predominantly local ingredients in their cooking, no two people can define Israeli cuisine in the same way. Some even suggest that the country is too young to have any sort of established cuisine of its own, preferring to state that such a cultural touchstone remains in its infancy. Outside of obvious Palestinian influences, Israeli dishes bear not only Middle Eastern hallmarks, but also centuries of traditions brought to the country from migrants who lived in over 150 different cultures before the settling of Israel. While some people might think that Israeli cuisine means everything is strictly Kosher (which it most often isn’t outside of Jerusalem), there are distinct influences from Spain, France, Russia, Morocco, and Greece that are unavoidable. It’s a rustic, pastiche cuisine – kind of like Canada’s – that one chef lovingly jokes as being “crude, hot, and featuring lots of olive oil.” It’s reductive, but not always wrong. 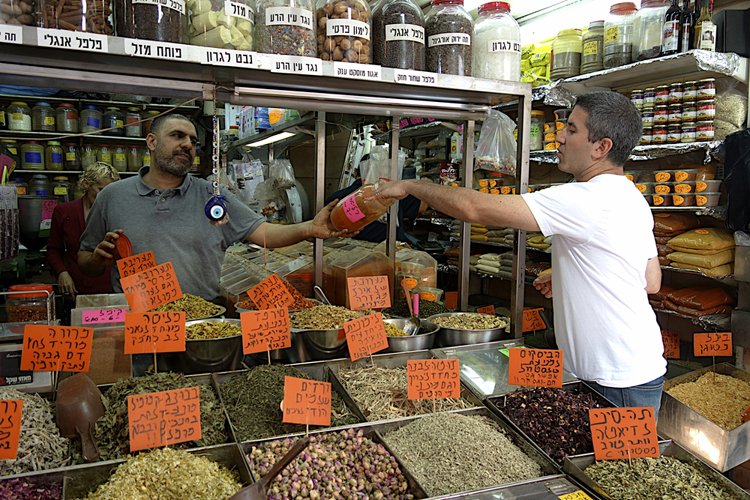 The other misconception about Israeli cuisine outlined by Solomonov and Sherman is that it comes from suffering, strife, and conflict, which couldn’t be further from the truth. A poignant section of the film nicely documents what it’s like to be a Palestinian chef in Israel whenever religious and political tensions flare up or get violent, but for the most part the food of Israel is depicted as a uniting force. Everyone speaks of similar influences, and many Jewish chefs pay reverence to the Arab and Muslim cuisines that they learned from. In Search of Israeli Cuisine suggests that food is not something to be politicized and that such views are what create inaccurate pictures of a country’s cuisine.

This might be one of those documentaries that will play better on television than it does in a theatre, since the production quality is well done, but stylistically and narratively structured like a PBS travelogue. It also feels like this could be the jumping off point for a much larger conversation about pastiche national cuisines, and one that Canada in particular could benefit from. By the end, In Search of Israeli Cuisine left me wanting more, but in a good way. On top of feeling hungry by the time it ended (the best signifier of a good film about food), I was compelled to learn more about the various techniques, ingredients, and styles used by some of the chefs being profiled. I’m sure it helps that I love cooking and I find the culture of cuisine to be fascinating, but to enjoy In Search of Israeli Cuisine, all you need to love is food in general.

In Search of Israeli Cuisine opens at The Hot Docs Ted Rogers Cinema on Friday, June 16, 2017.

Check out the trailer for In Search of Israeli Cuisine: