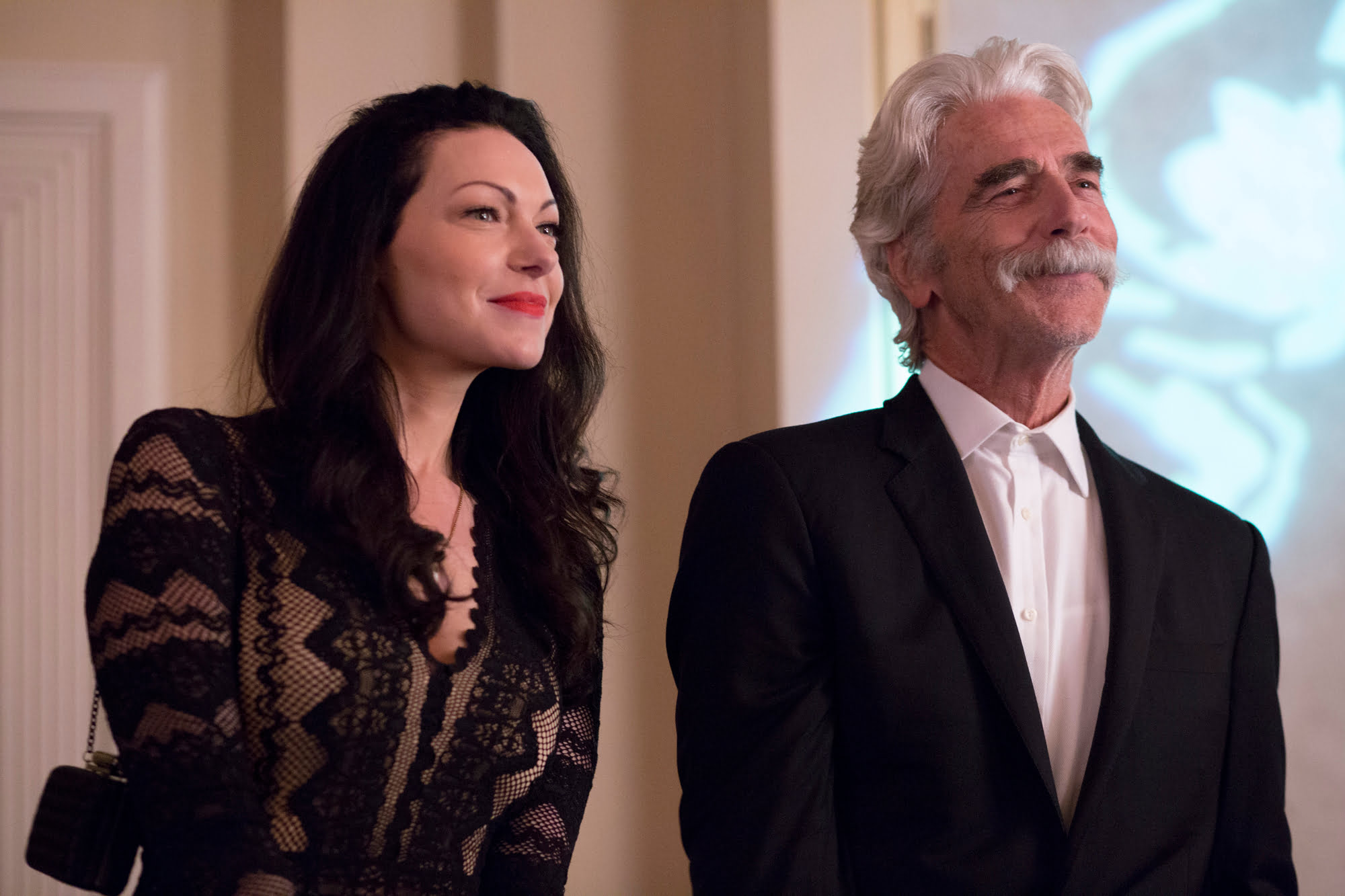 As familiar as a worn out pair of slippers or a well loved recliner that knows exactly how you like to sit in it, The Hero delivers a tried-and-true storyline in as genial a way as possible. Bolstered by a warm-blooded and nuanced leading performance from Sam Elliott, The Hero is one of those stories of a man learning to be less of an egotistical jerk and getting more out of life in the process. These stories are as plentiful as tattered paperbacks at yard sales, but when they’re done as well as director and co-writer Brett Haley’s film occasional lapses into clichéd territory are often forgivable. The Hero is a relaxed, well trod story told well enough.

Elliott stars as Lee Hayden, an actor and oater legend well past his prime. The scripts have stopped coming in for the 71 year old divorcee, but the lifetime achievement award invitations have begun to pile up. He spends most of his days either bemoaning a lack of work or smoking weed with his dealer-slash-closest friend (Nick Offerman). Lee’s sedentary lifestyle is upended when he’s diagnosed with pancreatic cancer, and the faded star becomes confused as to what he wants to do next. All he does know is that he doesn’t want to go in for potentially ineffective treatments in any sort of a hurry. He tries to get himself back out there in the acting world. He wants to patch things up with his estranged, rightfully angry daughter (Krysten Ritter). He starts up a relationship with a comedienne half his age (Laura Prepon) unsure of what their attraction means or if it’s headed anywhere worthwhile. The outside world has seen Lee Hayden as a heroic silver screen icon, but Lee, now more than ever, doesn’t see things the same way.

The Hero (which takes its name from the fictional Hayden’s biggest box office success) finds the pleasing, gravelly voiced Elliott teaming up once again with Haley following their equally well made drama I’ll See You in My Dreams, which in many ways feels like a similar film but with the gender of the leads swapped and their professions and personal demons tweaked a bit. They work well together as an actor and director pairing. Elliott loves to play laconic, contemplative figures, whether they’re noble, loathsome, or neutral, and Haley likes to take extra time to allow his characters to take root and flourish. The story at the heart of The Hero isn’t distinguishable from too many other films where elderly obstinate types are forced to take stock of their lives, but there’s a sense of patience to The Hero that suggests a clichéd film that’s being made with surety and a higher degree of intelligence than the manipulative tearjerker this could have been.

A lot of The Hero’s success comes from its depiction of Lee Hayden as a bundle of contradictions and mixed emotions. Haley and co-writer Mark Basch make sure that Lee never comes across as pitiful or wholly sympathetic. He’s not a character that one necessarily has any real desire to root for given how cavalier he acts about past transgressions, but he’s not worthy of jeers. The viewer doesn’t want him to die, but they’re also unsure if Lee will ever get his act together and stop his ego from constantly getting in the way. Here’s a man who thinks he’s independent and a big deal, but he’s finally realizing that for most of his life, he’s been told to do the things that best cultivate a mythic persona and not a well rounded personality. He has the capacity for humility and kindness, but it has been suppressed for so long that he has become apathetic. 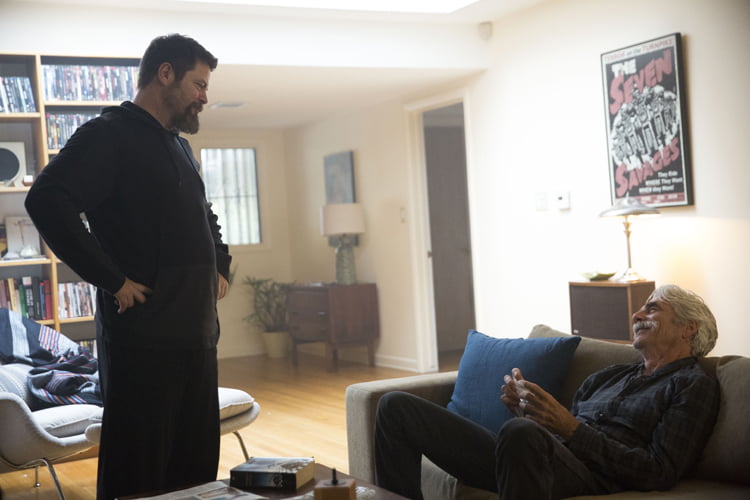 It’s exactly the kind of role that a seasoned, underrated veteran like Elliott could hit out of the park, and he does so effortlessly. There’s a sense that Elliott is heavily drawing on his own experiences and those of people he knows, right down to Haley bookending his film with Lee doing voiceover work for barbecue sauce commercials. Elliott has a likable off-screen personality that he’s able to graft onto any character he plays. While some might say that’s a lazy way to make a living as a performer, Elliott has turned such a naturalized approach into an art form. By playing a heightened version of himself in The Hero, Elliott is allowed to show subtler and more effective signs of fear, guilt, regret, and relief whenever the script calls for it. The role was probably written expressly for Elliott, and there’s no question that any other actor could have anchored The Hero any better. The supporting cast is uniformly great, but they also know that if it weren’t for Elliott’s presence, none of them would probably be there.

While Haley can’t refrain from include a handful of unsubtle metaphorical moments (most notably when Lee attempts to go for a big part in a YA blockbuster and gets choked up reading for the part of an estranged father), he knows how to frame and defer to his star to keep things grounded in a sense of dramatic reality rather than convention. Haley gets just as much enjoyment out of watching Lee smoking a joint and taking a swig of whiskey alone in his living room as he does watching Elliott deliver a monologue. Haley shows that the actor still dreams of being a hero, but in the real world, his surroundings seem to dwarf him. There’s a delightful, but slight visual exaggeration at play in The Hero that allows Haley to underline how the biggest icons and personalities are still specks on the Earth like the rest of us common folk.

The final third of The Hero thankfully doesn’t give way to melodramatic theatricality in a bid to wring some tears from the audience, but it also doesn’t deliver any resolution that strikes as surprising or novel. Things play out more or less as expected, and that sense of familiarity does lead to a slighter recommendation for The Hero than a more ambitious film might have merited. Still, films like The Hero have a certain time and place, and it’s a hard film to dislike in any way. It’s “comfort food” cinema, but made without all the additives and preservatives that most dramas of this nature are made with. It’s an honest, earnest, and thoughtful crowd-pleaser.

Check out the trailer for The Hero: