The Unique Career of Olivier Assayas 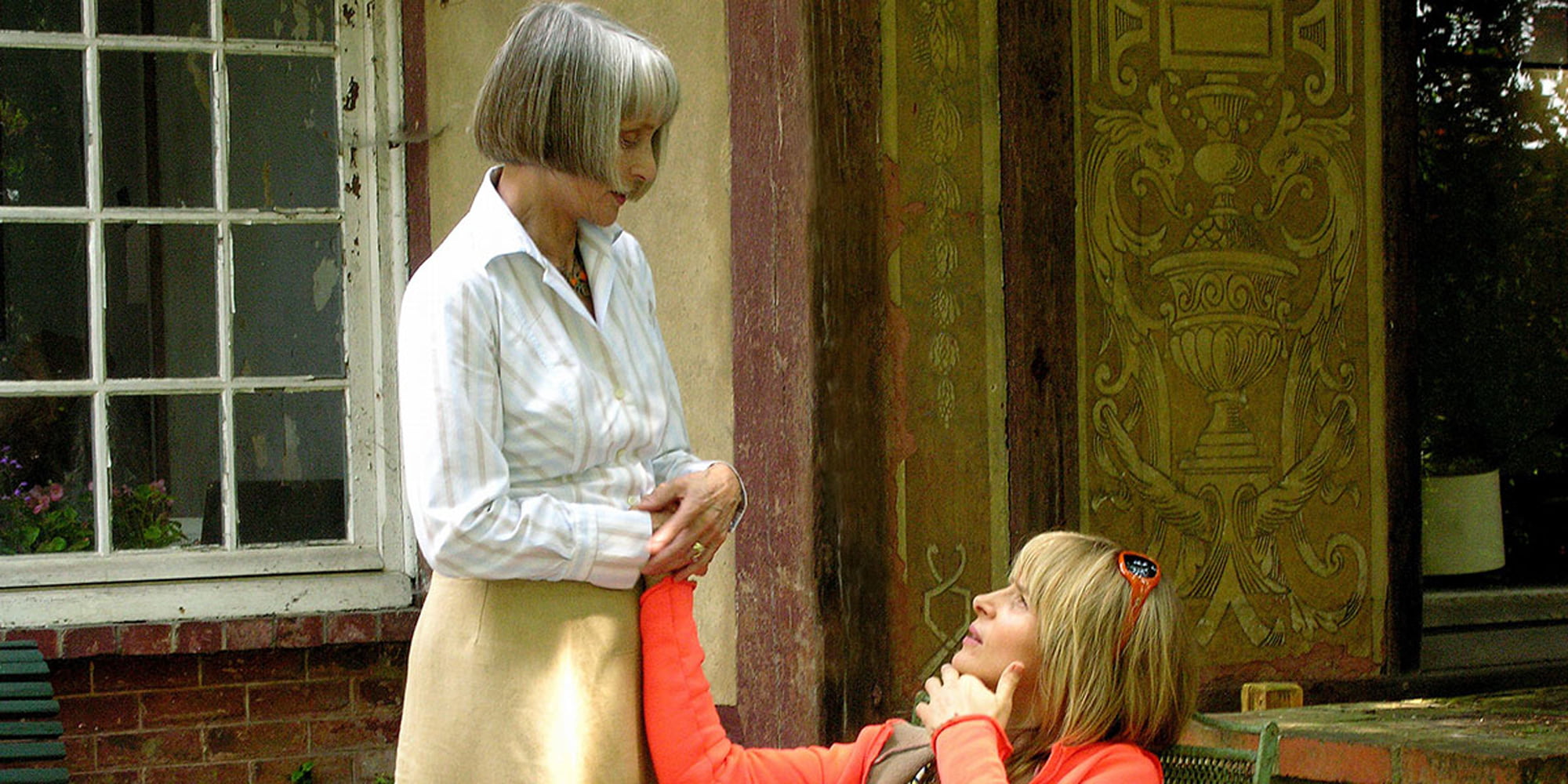 Unlike many filmmakers that he sometimes gets lumped into company with, French writer-director Oliver Assayas can’t fully be regarded in rigid terms as an auteur. More of a masterful experimenter capable of constant reinvention and a filmmaker seemingly incapable of making the same film twice, Assayas has produced a wide array of work across his thirty-plus years as a proper professional artist. While it could be easy to classify him as a prolific director with distinct critical and social proclivities coming through in most of his works, Assayas is an increasing rarity among his contemporaries: a filmmaker beyond labelling. When one takes his career as a whole into account, as examined in this summer’s comprehensive TIFF Bell Lightbox retrospective Something in the Air: The Cinema of Olivier Assayas (running from June 22 to August 20), the diversity of Assayas’ imagination and soul are immediately apparent.

Although he grew up around filmmaking – with his filmmaker father occasionally getting young Olivier gigs on film sets – Assayas was a student of French Literature and painting, two disciplines that might account for his lack of rigidity to filmmaking conventions. The filmmakers Assayas holds as most influential to his career – Robert Bresson (whose controversial The Devil, Probably Assayas will personally present at TIFF on June 22 at 9 pm) and Andrei Tarkovsky – also defied rigid classification when it came to their works, while the work of Situationist philosopher Guy Debord guided his social attitude towards art and cinema as a whole. Assayas came of age, both as a person and as a filmmaker, amid the post-punk scene of the late 1970s and early 1980s, one of the least interesting times to be a young filmmaker in France.

In his early career, Assayas would produce a handful of intriguing, artistic, often messy short films, many of which he doesn’t look back on with particular fondness, but many of which will screen before select features in TIFF’s retrospective. During this early portion of his career, Assayas would also write for venerable film publication Cahiers du Cinéma as a critic, journalist, and theorist. The magazine was going through one of its many periods of social reinvention while Assayas was writing for them, and while he didn’t particularly agree with the political views of the magazine at the time he started writing for them, he valued the publication as a journal guided by writers who were also filmmakers. With no formal film school education of his own, Assayas was always one who learned by doing, studying, and occasionally failing. 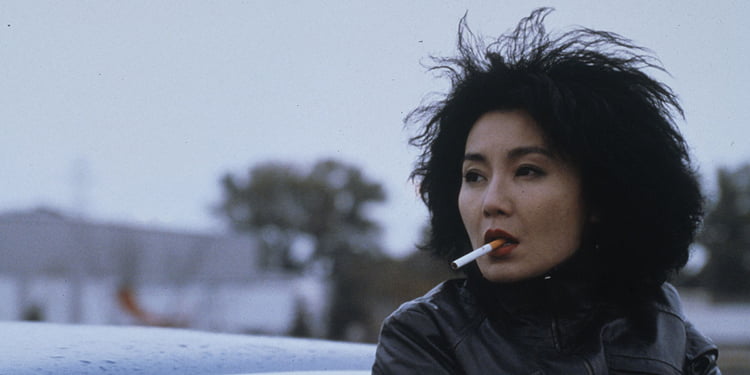 After co-writing a pair of films with fellow filmmaker and former Cahiers writer André Téchiné – Rendez-vous (screening on August 10 at 9 pm) and Scene of the Crime – Assayas would direct his debut feature Disorder (screening on July 6 at 8:45 pm), which would garner the budding artist the International Film Critics Prize at the Venice Film Festival in 1986. It’s an assured debut, but it also might be a case of a filmmaker wisely writing closer to what he knows instead of branching out into uncharted waters too quickly. This tale of musicians who accidentally kill a store clerk during a robbery is heavily steeped in the French music scene of the time, something that Assayas has admitted in the past was more interesting to him than what was going on in the national film scene of the same era.

From there, Assayas would direct the chilly, complex, purposefully unromantic relationship drama Winter’s Child (screening July 13 at 8:45 pm), and Paris Awakens (July 20 at 9 pm) and A New Life (July 27 at 8:45 pm), a pair of downbeat family dramas that are effective, but rather standard, and most noteworthy for their close proximity to each other in the filmmaker’s career. All of Assayas’ films to this point were solidly constructed and composed, but it was his fifth feature, Cold Water (June 22 at 6:15 pm, introduced by Assayas) that would prove to kick open the most artistic, critical, and commercial doors for him.

One of the best films ever made about young people, a film that many otherwise savvy filmmakers ape constantly without being cognisant of what they’re doing, and one of the most underrated films of the 90s, Cold Water wasn’t even conceived as a feature. Assayas was commissioned to produce the film as part of a series on French television where filmmakers from different eras would tell stories that would have taken place as they were growing up. Assayas begged the producers of the series (which would also include Claire Denis U.S. Go Home and Téchiné’s Wild Reeds) to give him the same budget as the 45 minutes film he was approached to make, but allow him to construct a full feature instead with an alternate cut for television on the side. Unflinching, swaggering, and never clichéd or morose, Assayas’ tale of two frustrated runway teenagers in 1972 is rightfully regarded as one of his most layered and accessible works, but on a technical level it’s shows clearly how Assayas can balance both raw and naturalistic beats alongside elaborately constructed movements within the same film. It’s a masterpiece that shows a budding master coming to terms with his immense talents for the first time. It was his most confident film to that time, and it remains one of his all time best works.

Assayas would follow the emotional heft of Cold Water with the only full-fledged satire of his career, the slyly sarcastic and delightfully snarky Irma Vep (June 24 at 6:15 pm), starring his former partner, actress Maggie Chung as an international performer working on a nightmarish remake of Les Vampires. Closer to his film critic roots than his philosophical or literary influences, Assayas delivers the funniest movie of his career (at least if you know anything about French cinema) and carpet bombs the establishment that he resolutely that he looked upon with such scorn in his youth. It’s a note-perfect example of a filmmaker exorcising their demons and naysayers before moving on to bigger and better things.

It was clear by this point in his career that Assayas was not one to be pigeonholed either by artistic pretension or the rules of the cinematic establishment. Here was a filmmaker who simply made films in whatever style he felt like making them in and on whatever topic fancied him. Irma Vep would be followed by one of Assayas’ most celebrated and conventional films, Late August, Early September (June 14 at 8:45 pm), a relationship drama with echoes of his previous Winter’s Child, but from there things got a bit more varied. 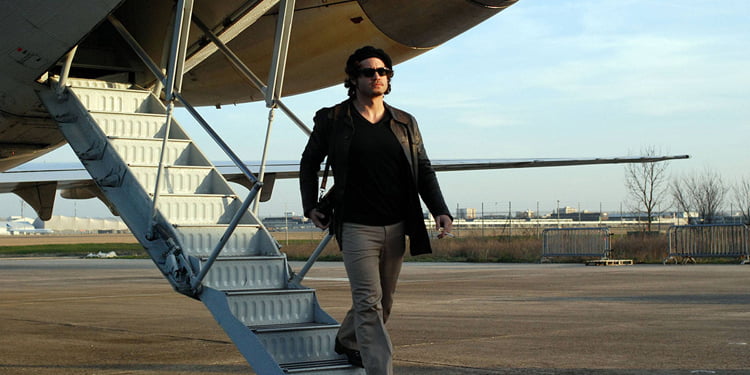 Since the late 90s, Assayas has proven to be an adept dramatist and experimenter at the same time. His unabashed period epics Les Destinées sentimentales (June 25 at 6:45 pm) and the 2010 made-for-French television Carlos (August 6 at 3:15 pm) were lavishly detailed works of cinema, scholarship, and social criticism rolled into one. He managed a dark, somewhat divisive, worldly and fascinating pseudo-trilogy of edgier fare with the grungy techno-thriller Demonlover (July 8 at 6:30 pm), the Canadian influenced Clean (June 23 at 6:15 pm, introduced by Assayas), and the erotic thriller Boarding Gate (July 15 at 7:30 pm, introduced by University of Toronto associate professor Brian Price, who’s currently working on a book about Assayas). During this same period, Assayas would also play with documentary conventions and deliver his unique takes on the ballet film in the television movie Eldorado (July 2 at 6:30 pm), the concert film with Noise (July 29 at 8:30 pm), and even produced a look at one of his favourite filmmakers with HHH – Portrait de Hou Hsiao-hsien (August 20 at 3 pm, followed by a separate screening of Hsiao-hsien’s A Time to Live and a Time to Die at 5 pm). While Assayas would get more of a critical reassessment in recent years, this period of the filmmaker’s career contains a lot of his most daring, furtive, and boundary pushing work.

It’s perhaps little surprise that following the largely negative reactions many critics had towards Demonlover and Boarding Gate that his more jovial 2008 drama Summer Hours (August 1 at 6:30 pm) would be heralded as “a return to form,” a chestnut that while true (it is, after all, another family drama at its heart), rings meaningless when discussing Assayas. A poignant look at three siblings forced into letting go of material items in the shadow of their mother’s impending death, it’s precisely the kind of material that would be maudlin in the hands of a lesser filmmaker. Assayas, never one to pass moral or ethical judgments on any of his characters throughout any of his films, excels at making sure that all the characters within Summer Hours’ core familial unit are equally right and wrong. Assayas is one of the filmmakers capable or drawing out painful emotions from ethical complexities without being heavy-handed or trite. 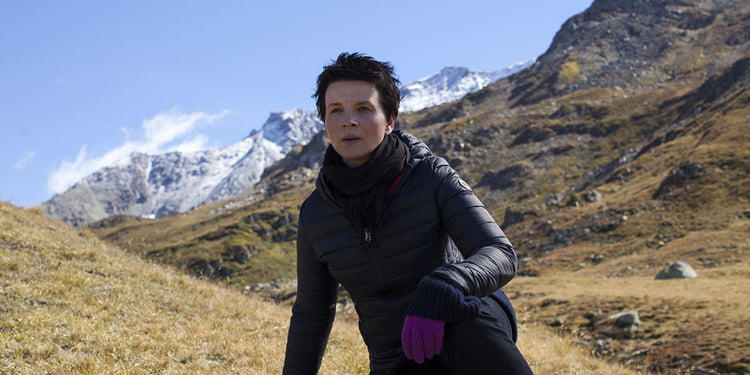 Summer Hours (and Carlos, which followed and was successful enough to garner theatrical release in North America in its original six hour long form) would transition nicely into the most current part of Assayas’ career that continues today. Finally comfortable with telling the stories of other based around his own beliefs and influences, Assayas was finally comfortable enough to make his most autobiographical work to date, Something in the Air (August 5 at 8:30 pm). His most recent efforts, both featuring actress Kristen Stewart, Clouds of Sils Maria (August 10 at 6:15 pm) and Personal Shopper (August 17 at 6:00 pm), have been evocative critical darlings that poke fun at film industry conventions and the nature of privilege.

Unlike many filmmakers with large bodies of work worthy of such large scale retrospectives, Assayas is one of the few where each work could and should be taken as an individualistic work and not as part of a larger whole. Parallels can assuredly be drawn between many of his stylistic flourishes and occasional returns to themes, but each of Assayas’ works carries with it a unique set of aims, and critically lumping them all together robs them of what makes each film special. He’s never didactic, but also never stagnant. He’s the type of filmmaker who has an interesting career worthy of tracing in order, but there’s no right or wrong entry point for the uninitiated into his filmography. He’s one of our few truly original and constantly evolving filmmakers, and TIFF’s celebration of his accomplishments is well earned.

For more information about Something in the Air: The Cinema of Olivier Assayas, please visit TIFF’s website.