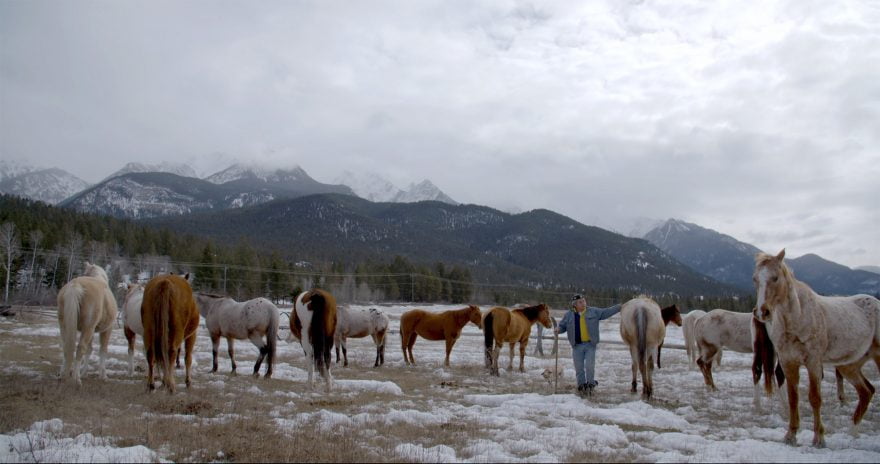 Canada’s 150th birthday is a cause for many to celebrate what makes the country such a great place to live, but it should also be used as a time to reflect on what citizens can do to make Canada a better, more equitable place for all its citizens. To that end and just in time for the Canada Day long weekend, the Hot Docs organization has delivered their most ambitious and unique in-house project to date: the anthology documentary In the Name of All Canadians (which made its World Premiere at the Hot Docs Ted Rogers Cinema this past Wednesday and opens properly at the theatre on Friday the 30th), a series of five short films and a wrap-around segment that brings to light issues, controversies, and important to remember past precedents surrounding the rocky history and implementation of the 35 year old Canadian Charter of Rights and Freedoms.

While Hot Docs has garnered a reputation as one of the biggest supporters of documentary filmmaking in the world – granting monetary assistance to any number of non-fiction endeavours from Canada and around the world – In the Name of All Canadians marks the first time the organization has commissioned filmmakers expressly for a specific project.

“Like many cultural organizations across the country, we had the sesquicentennial on our radar, so we asked ourselves the question ‘how can we be meaningfully be a part of the conversation and celebrations that are happening this year,’” Hot Docs Executive Director Brett Hendrie said about the genesis of In the Name of All Canadians during a telephone interview last week. “We had a lot of different ideas that we bounced against the wall, and one of the ides that resonated the most with us was actually commissioning filmmakers to give them a chance to add their own voices and perspectives to the 150th milieu this year. There are a lot of amazing events this year across the country, but we wanted to give a documentary context to our event by commissioning filmmakers to create milestone films.”

“From there, we wondered how we could bind these together with something a bit more penetrating than just placing these films under the banner of Canadiana and to give the filmmakers more freedom to explore their own ideas and perspectives within this thread that links them. We thought and decided that the Charter was a good area to focus in on because it’s really relevant to national identity and it’s something that people are very aware of on a general level, but maybe not as much in the specifics of it as seen in the stories depicted by the filmmakers here. These are films about how the Charter of Rights and Freedoms has impacted real people in very different ways. We see this first as a way that Hot Docs continues to support filmmakers to tell their stories, and we’re happy about that, but as a cultural organization, this is also how we thought we could most meaningfully contribute to the ongoing conversations this year.”

Linked together by filmmaker Khoa Lê’s In Part – interstitials where everyday English and French speaking Canadians of various background, ages, and races are asked questions pertaining to their daily lives and opinions based around the famous Proust Questionnaire – the five short films that comprise In the Name of All Canadians take vastly different documentary approaches to bring current and historical issues surrounding the charter to light.

“For this project, which is a commission and different than other ways we have supported Canadian documentary filmmaking before, we reached out to filmmakers that we had a knowledge of either through our granting programs, having screened their films at the festival in the past, or things like our labs, training programs, or pitching forums, and we really wanted to make sure we were reaching out to filmmakers who had the talent and vision for a project like this,” Hendrie begins when talking about the selection process for the shorts that would comprise In the Name of All Canadians, which had a brief , partial sneak peek at the Hot Docs festival this past spring. “Also, because this is an anthology of short films, we wanted to make sure that we were reaching out to filmmakers who were representative of the diversity of the country and the diversity of talent that we have. We have filmmakers from all over the country participating in this. We had conversations with the filmmakers to talk about their interest in joining this project and talking about what their approach would be, keeping in mind that they had full latitude with their films, but making sure that we had films that would synchronize well with each other.”

The animated L’Inspecteur, created by Jérémie Wooke, Janelle Wooke, and Annick Marion, blends stunning hand crafted black and white illustrations with firsthand accounts of proud French speaking Canadians growing up in Manitoba during the 1930s and 40s, a time when English was exclusively to be taught in schools and such teachings were to be enforced by Anglophone officials.

Aisha Jamal and Ariel Nasr’s The Long Way Home tells the frustrating and incendiary personal trials of Sudanese-Canadian Abousfian Abdelrazik, who despite being a Canadian citizen and having family back home in Montreal, was detained without just cause by Sudanese intelligence officers and CSIS for several years and placed on a terrorist watch-list after returning to Africa to spend time with his ailing mother.

Notwithstanding, from the team of Patrick Reed and Andréa Schmidt, blends reality and fiction to take a look at the controversial 33rd section of the Charter and Rights and Freedoms: the infamously malleable “notwithstanding clause,” which states that parliament and provincial governments can circumvent certain aspects of the charter should they deem it necessary. For Notwithstanding, Reed and Schmidt take real narratives of Canadian human rights violations at various historical points and recreate these moments word for word using actors as stand-in talking heads.

Vivian Belik and Jennifer Bowen-Allen’s Last Resort takes viewers to the lands of the Ktunaxa Nation just outside of Victoria, BC where privileged plans to build an ill advised ski resort atop a glacier have been simmering and boiling over in the courts for years. Jumbo Mountain, the land in question, isn’t just an ecological hub worth preserving, but also home to Qat’muk, or the Grizzly Bear Spirit for the Ktunaxa. Not only does this case mark the first time the Canadian Supreme Court has heard a case that calls into question the link between religious freedom and the possession of land, but also calls into question how the “reconciliation” part of “truth and reconciliation” is often treated as a noun when it should be treated as a verb.

Karen Chapman’s powerful and heartfelt Lessons Injustice listens as underprivileged black teenager turned high profile lawyer Danardo Jones talks about what kind of future his teenage son is looking forward to. Jones pleads with the viewer to never take the Charter of Rights and Freedoms for granted and to always stand up for their rights, but makes it known that in times of trouble and accusation – particularly if you’re a minority – that those rights can’t be invoked until defendants are put into a court of law, and often too late.

It’s a sprawling treatise on the nature of national identity and respecting the rights and freedoms that unite the country, but it also allows Hot Docs to show that it’s not just an Ontario based organization known for screening documentaries at their spring festival or year-round at The Hot Docs Ted Rogers Cinema in Toronto.

“The Charter is a national issue tied to our identity, and bringing to light these kinds of issues has always been our M.O.,” Hendrie says when talking about how it was important to the organization to make sure that In the Name of All Canadians told stories from across the country. “In supporting the industry, we try to make sure that we have things covered from coast to coast. At last year’s festival, we had delegations from all over the country, and we always go out to these provinces to do these sort of ‘boot camps’ with filmmakers and reach out to wherever we can make a different. With this project and in addition to the premiere at our cinema, we’re working with partners to set up screenings all through the country. Secondary to the stories contained in the films, we hope this is an opportunity for us to build awareness among our public audiences about how we support Canadian filmmakers. The Canadian documentary industry is already well aware of the initiatives we have, but we’re always trying to find new ways for the public to be aware of the process of making Canadian documentary films, and it’s important for audiences to know about and understand when talking about mechanisms for support within the community and talking about how these kinds of films get made.”

The project, which was approximately two years in the making from inception and funding to completion by Hendrie’s estimate, brought together different creative sensibilities and visions in a hands-off manner under the banner of the Hot Docs organization, and Hendrie hopes that these unique and intertwined documentaries will make viewers across the country look at The Charter of Rights and Freedoms in a new, more informed light.

“Democracy isn’t easy, and we have a lot to be proud and thankful for in this country, and I think we have put forth some stories that show some things that we should be proud of, but that also show that things aren’t all peaches and cream. The power of documentary is to shine a light on stories that are important, and especially ones that don’t normally get the coverage or bandwidth to reach the people who need to hear these stories the most. We should all dig deeper into the stories around us.”

It might be presumptuous to assume that Hot Docs would produce another project exactly like In the Name of All Canadians for the country’s bicentennial in fifty years, but with this project under their belt, Hendrie says the organization will return for the time being to their more traditional methods of supporting Canadian documentary filmmaking, but making another anthology like this one isn’t entirely out of the question or off the table for the future.

“We really remain committed to our granting programs for filmmakers, which is very different from this because this was a full-on commissioned work, and we’re committed to growing the granting programs we already have in place. Growing that is a major priority for us that we’re focused the most on. In terms of taking on another commissioned project, I think that’s something that we’d happily explore again, but we’ll see,” Hendrie says with a light chuckle. “Let’s see how this one rolls out and what the appetite is for us to do it again.”

In the Name of All Canadians opens for a limited run at The Hot Docs Ted Rogers Cinema on Friday, June 30, 2017. It can also be seen at The Bookshelf in Guelph, Ontario on July 13, Vancity Theatre in Vancouver on July 11, at the Lunenberg School of the Arts in Lunenberg, Nova Scotia on July 22, at the Gimli Film Festival in Gimli, Manitoba on July 30, and is slated to screen at the upcoming Calgary International Film Festival. To stay up to date on future screenings and for more information on the project, please visit Hot Docs or the film’s official website.