Review: ‘The Women’s Balcony,’ a film by Emil Ben-Shimon 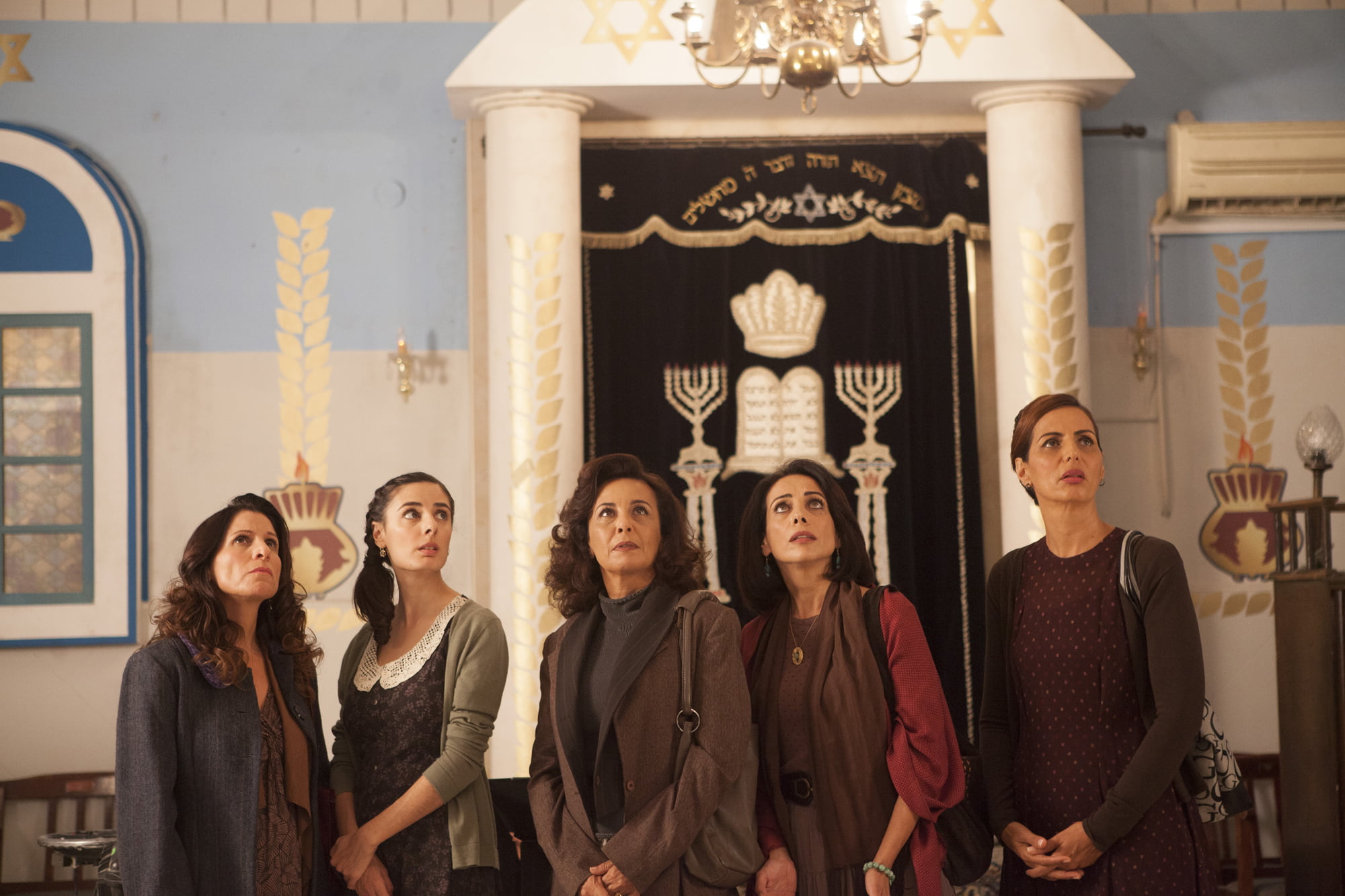 Using Orthodox Judaism as a jumping off point for a larger conversation about broader societal issues, Emil Ben-Shimon’s dramedy The Women’s Balcony takes on a specific religious and cultural viewpoint to spin a politically loaded, deceptively secular yarn. On a passing scan, The Women’s Balcony might seem to be about a battle between organized religious tradition and modern sexual equality, but the film’s gently unfolding narrative turns out to be a treatise against cults of personality in any and all forms. It’s also highly entertaining, occasionally laugh out loud funny, and one of the most unassuming surprises of the summer.

The Mussayof synagogue in Jerusalem is preparing to celebrate the bar mitzvah of Osher, the young adult grandson of Ettie (Evelin Hagoel) and Zion (Igal Naor), two of the most well respected and liked members of their community. The joyous ceremony takes a turn for the worse when the balcony of the synagogue – where the women sit separately from the men – collapses, injuring several and leaving their rabbi’s wife in a coma. With the synagogue now in a dangerous state of disrepair and their rabbi suffering not only a great tragedy but also dealing with the onset of senility, the congregation is left wondering how they could rebuild.

The men of the synagogue think they have found a saviour in Rabbi David (Aviv Alush), a popular teacher at the congregation’s temporary prayer space in a local school. David agrees to help the people of Mussayof rebuild, but it’s almost immediately apparent to some members that the rabbi harbours extreme views on women. Blaming the balcony’s collapse on the immodesty of the synagogue’s female members, David starts by asking the men to make their women wear head scarves and then refuses to allocate any funds to the rebuilding of the women’s balcony as a means of further punishing them. At first the women are skeptical and offended, but eventually, like their male counterparts, many find themselves swayed by the charismatic and fiery David. Ettie remains the only woman unconvinced that’s David’s absolute and unwavering beliefs are hateful and backwards, and it’s up to her to turn the hearts and minds back towards a saner, less extremist viewpoint. Ettie’s job convincing her fellow Jews to join her is easier said than done, especially when David makes great strides to exude absolute control over the synagogue.

Ben-Shimon directs The Women’s Balcony with the quick pacing and stripped down staging of a great farce, and while some beats are more serious than hilarious, the intuitive and sharply worded screenplay from Shlomit Nehama provides plenty of dramatic and comedic material. It’s a story that ebbs and flows: a life changing event brings about a rift between the women and the men, there’s an initial showing of strength and support among the women, a rift develops between the women, and gradually everyone comes back together again. It’s a straightforward story told from the perspective of perfectly matched adversaries, but Nehama and Shimon use the simplicity of their tale to give weight to larger issues just outside the pages of their text.

Its very easy to use a religion as a backdrop to talk about the nature of extremism because every religion that has ever graced humanity can count extremists among their ranks. The fact that The Women’s Balcony is a relatively genteel and good natured story in no way dampens the insidious nature of the extremist villain at the film’s core. Alush makes sure that Rabbi David is eminently hateable while also using a great amount of charm and public speaking skill to showcase why people looking for religious guidance would want to follow him in the first place. Like most blowhards who cultivate a cult of personality around themselves and claim to be authorities in certain fields, Rabbi David is the type of person who talks a good game without ever rationalizing or attempting to explain his destructive talking points. His responses are straight out of the Donald Trump playbook, but he also seeks to rule with something arguably more insidious. David holds the fear of death and God over the heads of those he seeks to control, and if the people buying into his arguments are true believers then breaking the cycle of hate and mistrust that has been created becomes a cause worth rooting for, and Hagoel’s Ettie rises up as a genuine hero that comes from the same system of belief. 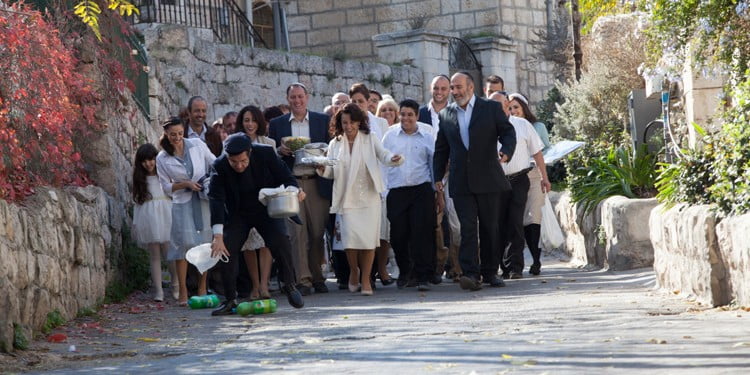 There’s something distinctly hopeful and timely that arises from The Women’s Balcony beyond the story’s overall themes of gender equality and the ineffectiveness of pious, aimless humans that are unwilling to think for themselves. Shimon and Nehama could have made an entertaining film with this same cast and similarly simple underlying premise, but the joy of watching The Women’s Balcony comes from the larger questions brought up by the material.

If David is doing his job for the glory of God, then how much glory is too much? At what point does piety become self-serving, and how can a quest for admiration turn a noble profession into something hateful? How much power is too much power, and how careful should those wielding religious power tread around antiquated, outmoded beliefs? At what point is it the duty of a member of a religious or political group to stand up to the power structure of the organization they have fallen in line behind?

None of these questions are easily answerable, and not even a film as captivating as The Women’s Balcony could possibly answer them all in a reasonable amount of time, but Sharon’s film is a sterling example of a work capable of raising such issues while still delivering a rousing piece of overall entertainment that audiences of any background will be able to immediately recognize and understand. It also does so without dumbing down the religious or societal aspects that make its story so unique. The characters also act with a uniform sense of realism despite their well rounded identities on paper. People dance around subjects based around politeness, a desire to maintain a sense of tradition and decorum, or sometimes out of a misplaced effort to not make things seem weird or awkward. The Women’s Balcony is an unforced comedy that doesn’t pull any ideological punches, and exactly the kind of nuanced crowd pleaser that audiences of all backgrounds have deserved for quite some time.

The Women’s Balcony opens at TIFF Bell Lightbox in Toronto on Friday, July 14, 2017.

Check out the trailer for The Women’s Balcony: