“The night has its price”: The films of Kathryn Bigelow 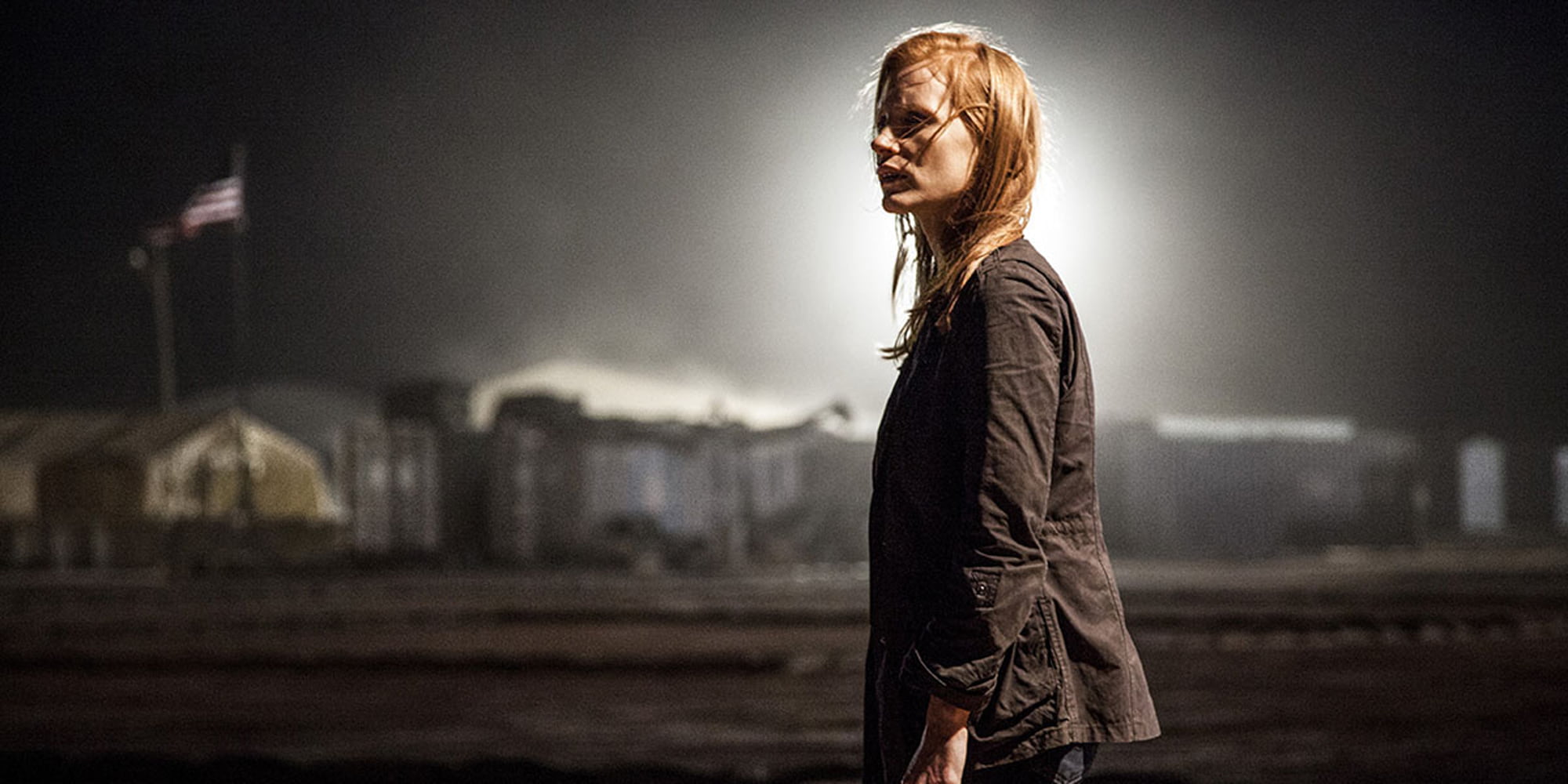 Although award winning American filmmaker Kathryn Bigelow has only directed ten theatrically released feature films across her almost forty year long career (including the forthcoming Detroit, opening in early August), her resume includes some of the most suspenseful thrillers and influential action movies ever made. Well deserving of her own TIFF retrospective this summer – Kathryn Bigelow: On the Edge (running from July 21 to August 15 at TIFF Bell Lightbox) – Bigelow’s particular brand of cinema is rousing and primal, balancing big budget spectacle with intelligent subtext in a way that few of her contemporaries are capable of matching.

Like most filmmakers who can be considered auteurs, Bigelow’s films come with defining hallmarks and signatures. She shoots often with a handheld immediacy, but never shies away from letting things play out in lengthy takes. Her images, soundtrack choices, and production design are always rigorously thought out to the smallest detail, yet always seem organic and natural instead of rigidly composed. Bigelow’s heroes and anti-heroes always contain within themselves a healthy skepticism or disdain towards established authority figures and systems. Bigelow’s protagonists are also usually headstrong, obstinate, and single-minded in their pursuits. And at their heart, each of Bigelow’s most successful efforts are about people trying desperately to live until the following day by any means necessary.

The desire to survive at all costs is at the forefront of her second feature, the 1987 revisionist horror thriller Near Dark (Friday, July 21 at 6:30 pm), a film about bloodsucking undead monsters that never once utters the word “vampire.” The film that firmly put Bigelow on the cinematic map starts off as the story of two young lovers – a good ol’ boy from rural Texas (Adrian Pasdar) and a mysterious drifter girl (Jenny Wright) – but quickly escalates when the young man is bitten by his crush and turned into a vampire. The boy is picked up by the girl’s psychotic, disapproving family (comprised of Lance Henriksen, Bill Paxton, Jenette Goldstein, and Joshua John Miller) who aren’t sure if they should kill the newly turned vampire or accept him as one of their own. As the family cuts a swath of bloodshed throughout the American heartland by night, Bigelow’s hero is forced to choose between maintaining a sense of humanity or joining a new brood in the name of love and survival.

Not too long into Near Dark, Wright’s supportive and conflicted love interest tells the film’s hero that “the night has its price.” That existential sentiment could stand as a mission statement that resounds throughout Bigelow’s career of survivalist cinema. A take-no-prisoners kind of action director, Bigelow’s hard-hitting style can also be summed up by an equally pithy quip from Near Dark’s follow-up, 1990’s Fatal Attraction tinged cop thriller Blue Steel (Friday, July 28 at 9:30 pm).

Blue Steel is a frequently silly, often purposefully sleazy, but always psychologically fascinating and entertaining chiller about a rookie officer (Jamie Lee Curtis) who finds herself the sexualized target of a psychopathic commodities trader turned serial killer (Ron Silver). Again, surviving to battle another day is at the forefront of this cat and mouse affiar. Curtis’ officer might be suffering from the jitters and escalating tension of her job and situation, but she also knows precisely what she wants from life and can capably navigate most any hardship that comes her way. When a potential suitor for the single officer misogynistically asks why she would ever want to be a cop, she pauses, stunned, and then bluntly responds by saying “I like to slam people’s heads against walls.”

Curtis’ long arm of the law would get on famously with Maya, the equally jittery, but confident CIA analyst played by Jessica Chastain in one of Bigelow’s greatest critical and commercial successes, the Oscar nominated Zero Dark Thirty (Tuesday, August 15 at 8:15 pm). A fictionalized (and admittedly jingoistic) account of the events that led to the capture and killing of Osama Bin Laden, Zero Dark Thirty is at once a classical sort of thriller where a taken-for-granted hero puts everything on the line to prove they’re right, a nuanced character study, and a sprawling procedural epic. It remains to date Bigelow’s most ambitious effort in terms of overall storytelling (partially thanks to screenwriter and collaborator Mark Boal), and it also found the director courting more controversy than she had previously experienced with her work. Debates about the film’s approach to history aside, Chastain’s performance gives Zero Dark Thirty the strongest heroine of Bigelow’s career. Zero Dark Thirty also stands as a bravura masterclass in direction, making many of the script’s lengthy, dialogue heavy sequences between action beats into intense and intimate moments created in a cinematic pressure cooker.

Far less controversial and more widely celebrated is Bigelow’s other collaboration with Boal, the Oscar winning war film The Hurt Locker (Saturday, August 12 at 9:15 pm). In the effort that garnered Bigelow the Oscar for Best Director (the first ever given to a woman) and took home Best Picture, a cautious U.S. Army sergeant (Anthony Mackie) in a bomb disposal and disarming unit in Iraq finds himself at odds with his seemingly risk-addicted new superior officer (Jeremy Renner, in his best performance). Instead of trying to live for the next day’s sunrise, Mackie’s increasingly frustrated grunt has to wait out 38 days until the end of his company’s rotation, a number than casts a pall over Bigelow and Boal’s characters like a ticking doomsday clock. The members of the unit frequently butt heads, exhibit clear signs of PTSD, and Renner’s cavalier attitude towards his own safety constantly place the men under his care in danger, but they also gradually begin to see why their boss’ death-defying tactics could also be seen as awe inspiring. 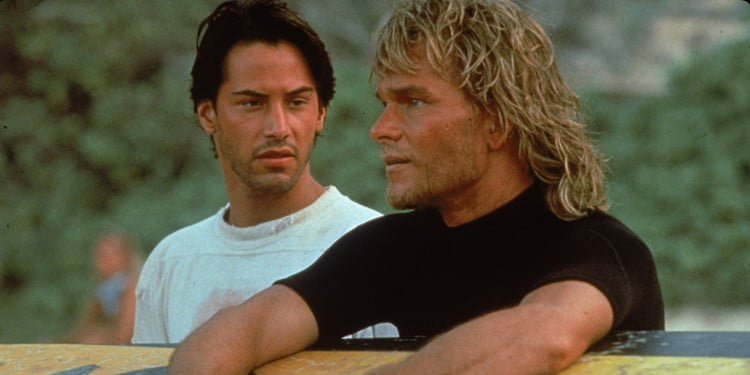 It’s not that huge of a jump between The Hurt Locker and Bigelow’s most influential and commercially successful effort, 1991’s Point Break (Saturday, July 22 at 6:30 pm), a film that should need no real introduction by this point.  A film that has consciously or unconsciously inspired every tale of an undercover cop joining a band of extreme living thieves (especially the initial The Fast and the Furious film), Point Break is popcorn movie extravagance par excellence. While the bromance between Partick Swayze and Keanu Reeves remains one of the best depictions of male bonding in cinematic history, it’s also not that far removed from the tensions experienced by Mackie and Renner in The Hurt Locker. In both films, the hero and the sympathetic “villain” bond and tenuously dance around one another waiting for someone to slip up. Both films are stellar examples of a cinematic template that Bigelow has perfected, despite one having a great critical reputation and the other having a stellar commercial impact. 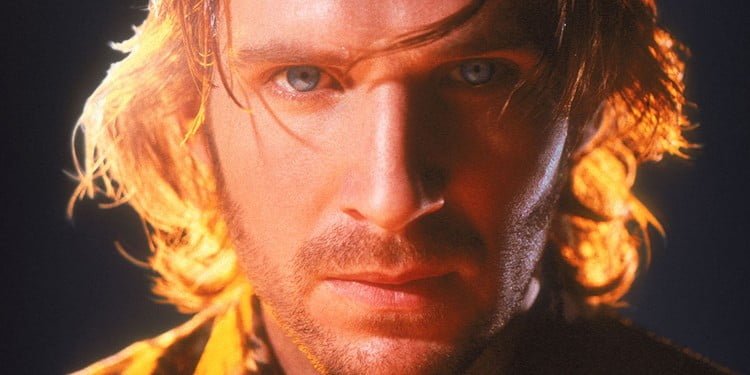 But while films like Point Break, The Hurt Locker, Near Dark, and Zero Dark Thirty are celebrated and praised as some of Bigelow’s finest work, it’s actually one of her least loved and most misunderstood movies that stands as her truest masterpiece. Co-written by Bigelow’s ex-husband James Cameron and borne from a wealth of racial and political frustrations that defined the transition from the Bush to the Clinton presidencies in the early 90s, 1995’s Strange Days (Saturday, July 22 at 9:15 pm) scans to the untrained eye as a potentially dated bit of pre-internet cyberpunk cinema from the same trash heap as The Lawnmower Man or Johnny Mnemonic. Its story kicks off on December 30, 1999 and surrounds the unethical, but not irredeemable Lenny Nero (Ralph Finnes, in his most underrated performance), a grifter who deals in stolen memories that are sold to people looking for an adrenaline fix on the black market. These virtual reality memories – taken straight from the cerebral cortex and piped into the user’s brain for a euphoric high – are also contained on minidiscs, which dates Strange Days even more than its own hypothetical timeline. But when Lenny discovers that one of the memories in his possession contains information about a police cover-up, Strange Days immediately becomes the most prescient film of Bigelow’s career. Unnervingly accurate in its portrayal of tensions between marginalized people and law enforcement and raising thought-provoking questions about morality and privacy concerns that remain unresolved, Strange Days is an exceptional sci-fi film that was sadly twenty full years ahead of its time. The technology has aged poorly, but thematically Strange Days is the most culturally and politically relevant film in Bigelow’s oeuvre.

As with Bigelow’s other films, Strange Days features a band of heroes struggling to live in a perilous new world. Even the least successful film featured in TIFF’s Bigelow retrospective – the submarine thriller K-19: The Widowmaker (Thursday, August 3 at 9:00 pm), which casts Harrison Ford and Liam Neeson (and their horrid accents) as Russian soldiers trapped on a failing nuclear sub – successfully retains the filmmaker’s love for survivalist narratives with ticking clocks. Perhaps it’s the sparse nature of her output that has made Bigelow so successful, or it might be because she simply sticks to subject matter that she finds insightful, fascinating, or exciting. At any rate, she’s one of America’s most influential and captivating filmmakers, and this retrospective has been a long time coming.

Kathryn Bigelow: On the Edge runs at TIFF Bell Lightbox from July 21st until August 15th. For a full list of films, showtimes, and tickets, head on over to TIFF’s website.