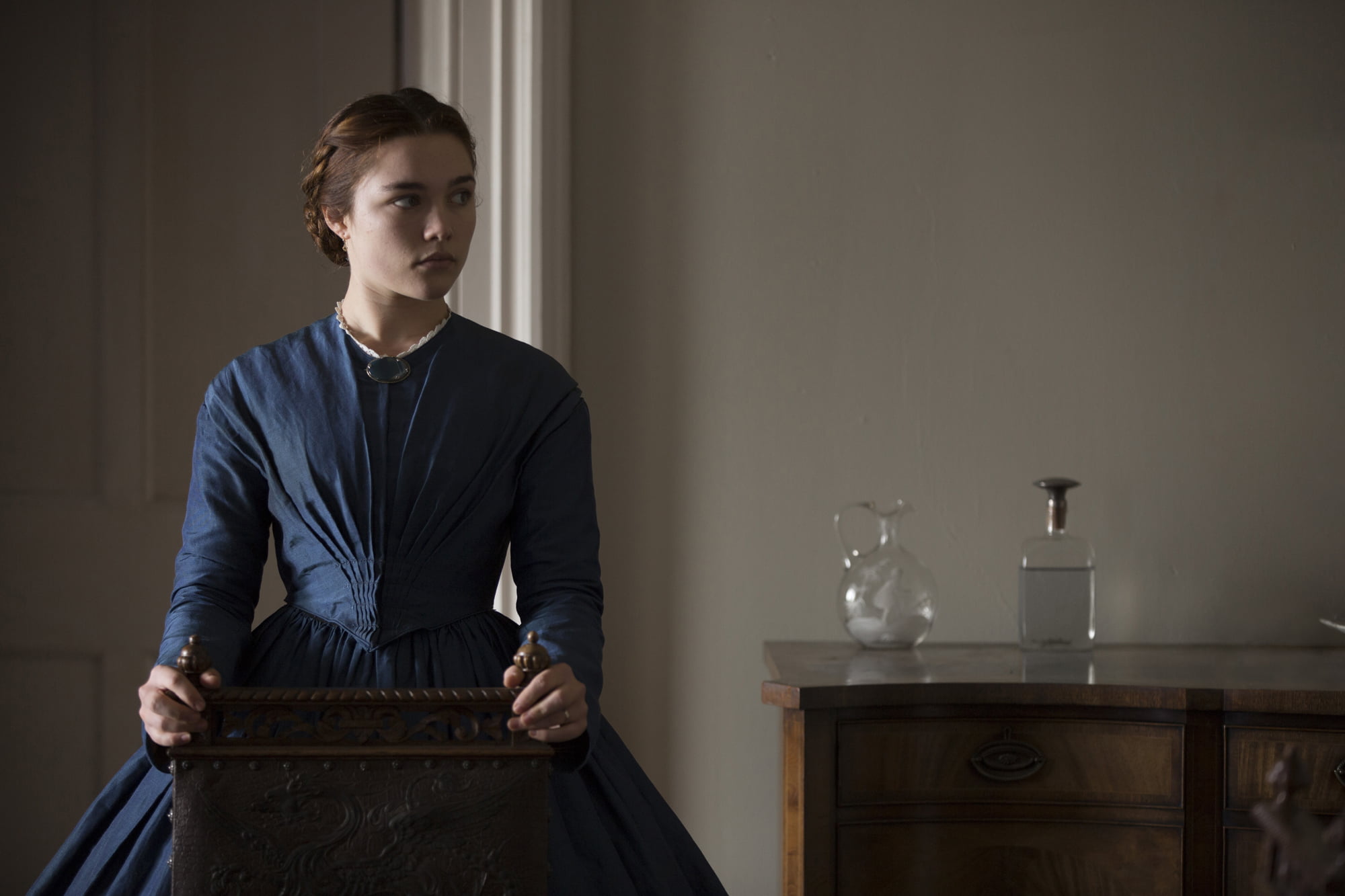 One of the most quietly dazzling and nuanced debut features in recent memory, William Oldroyd’s subtly nasty Lady Macbeth heralds the arrival of several major new voices in film. It’s a tightly crafted and exceptionally well directed period piece spawned from an appropriately weighty script and anchored by a still emerging leading talent delivering one of the year’s best performance. Lady Macbeth isn’t a traditional feel good movie or revenge narrative by any stretch, but it’s some of the most devilish fun artistically inclined audiences can have while squirming uncomfortably in their seats.

Lady Catherine (Florence Pugh) has entered into a marriage of status and convenience with an older, impotent, loutish, hard drinking, and aloof estate owner (Paul Hilton) in rural Victorian England. Her husband gets called away to tend to a factory explosion for a lengthy period of time, and Catherine is forbidden to even leave the house for some fresh air by her more loathsome and misogynistic father-in-law (Christopher Fairbank). During a rare time of being left alone, Catherine catches the eye of a manly, but somewhat sleazy and sex crazed stable worker (Cosmo Jarvis, among one of this film’s many revelatory performances). They begin an illicit affair that’s quickly discovered by the father-in-law. Catherine’s unhappiness leads her to extreme measures and the fallout from her actions quickly escalates into a devious plan for personal autonomy.

Lady Macbeth has nothing to do with Shakespeare outside of its subtly malevolent sense of escalation built around power plays and is instead adapted and updated by first time screenwriter Alice Birch from Russian writer Nikolai Leskov’s 1865 story Lady Macbeth of the Mtsensk. Birch’s reconfiguring and recontextualizing of Leskov’s material lends itself well to a unique and subtly mounted three act structure that’s primal and naturalistic. The set-up allows the viewer to feel a great amount of empathy for Catherine’s situation. The second act switches things up and forces the viewer to question the choices made by Oldroyd’s heroine. The dénouement and resolution finds the viewer almost inexplicably rooting for Catherine despite some underhanded and violent tactics because she has finally crawled out from beneath her oppressors by any means necessary. It’s imperfect feminism by design from Birch, but also pitch-perfect anti-heroism that makes the viewer want to follow along with characters that are basically reprehensible people across the board.

Oldroyd, cinematographer Ari Wegner, and production designer Jacqueline Abrahams match the stripped down bleakness of Birch’s narrative. The estate Catherine has been shackled to like a millstone around her neck is opulent, but empty. The ceilings are high, the walls are as pristine as off white can get, and despite this family’s supposed status, there’s curiously little adornment. The family employs groomsmen and farmhands, but whenever Catherine and the audience survey this kingdom, it’s impossible to see how this land could ever hope to sustain life. It’s gorgeous to look at, but quickly Oldroyd and his team establish the land as a place no one in their right mind would want to live. There’s barely even any musical score to be found to underline anything, further emphasizing the emptiness of Catherine’s situation. 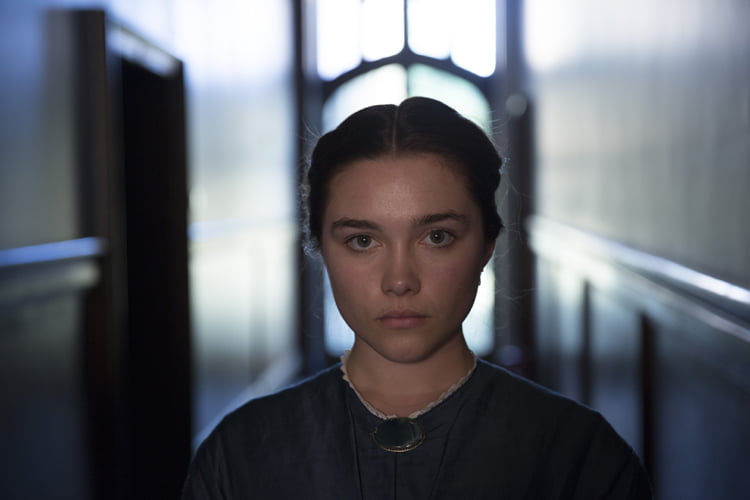 Part of the sinful glee of watching Lady Macbeth unfold is in how the viewer can hypothesize from Oldroyd’s direction how Catherine will go about staking her claim for independence and how her somewhat abusive relationships will shape that journey. Slowly through visual cues, subtly drawn out moments of silence, and a quick sense of pacing that never belabours key scenes to a point of monotony, Oldroyd effectively places viewers into the shoes of someone about to be pushed to their breaking point. Lady Macbeth might be a story based entirely in Victorian manners and customs, but the events transpire here in ways that could easily happen in contemporary society. It’s classically minded in the sense that Birch’s material is timeless, and Oldroyd deftly balances Victorian trappings with contemporary sensibilities.

But as exceptional and well presented as the material is here, the real attraction of Lady Macbeth lies in the powerful star-making performance provided by Pugh. Imbuing Katherine with an unforced and effortless coolness that belies her fiery calculation, Pugh proves herself to be type of actress who could say more with a cutting glance and inflection than any line of dialogue could provide for her. The pain and inner turmoil of Catherine rarely makes its way to the surface, even in the character’s most passionate moments, but Pugh dexterously makes sure that every emotion brimming under the surface is understood and brought forth from the material. Scenes where she grows increasingly impatient with her lover showcase both malevolence and misplaced tenderness, while low-key standoffs between Catherine and an increasingly suspicious servant girl (fellow rising star Naomi Ackie, every bit Pugh’s dramatic equal here in a vital, smaller role) give the film its highest dramatic points and emotional gains. Mark my words, Pugh will become a star in the near future, and Catherine in Lady Macbeth will always be heralded as one of her best performances.

While some viewers might be tempted to pass judgment on the purposefully dubious heroine at the heart of Lady Macbeth, Oldroyd’s film works even better after sitting with it for a while after it ends. The story is straightforward and easily comprehensible, and one doesn’t need to morally ask themselves what they would do in a similar situation to get any enjoyment out of it. The classical cat and mouse thriller aspects of Lady Macbeth don’t fully take root until one thinks back on the material and closely examines it. Sure, it’s viscerally entertaining and bitter at the same time – a hard combination to pull off – but that bitterness turns into an oh-so-sweet aftertaste once the credits start rolling.

Lady Macbeth opens at TIFF Bell Lightbox in Toronto, International Village in Vancouver, and at Forum Cinemas, Cinema du Parc, and Cavendish Mall in Montreal on Friday, July 28, 2017. It expands to further cities and theatres on Friday, August 11.

Check out the trailer for Lady Macbeth: