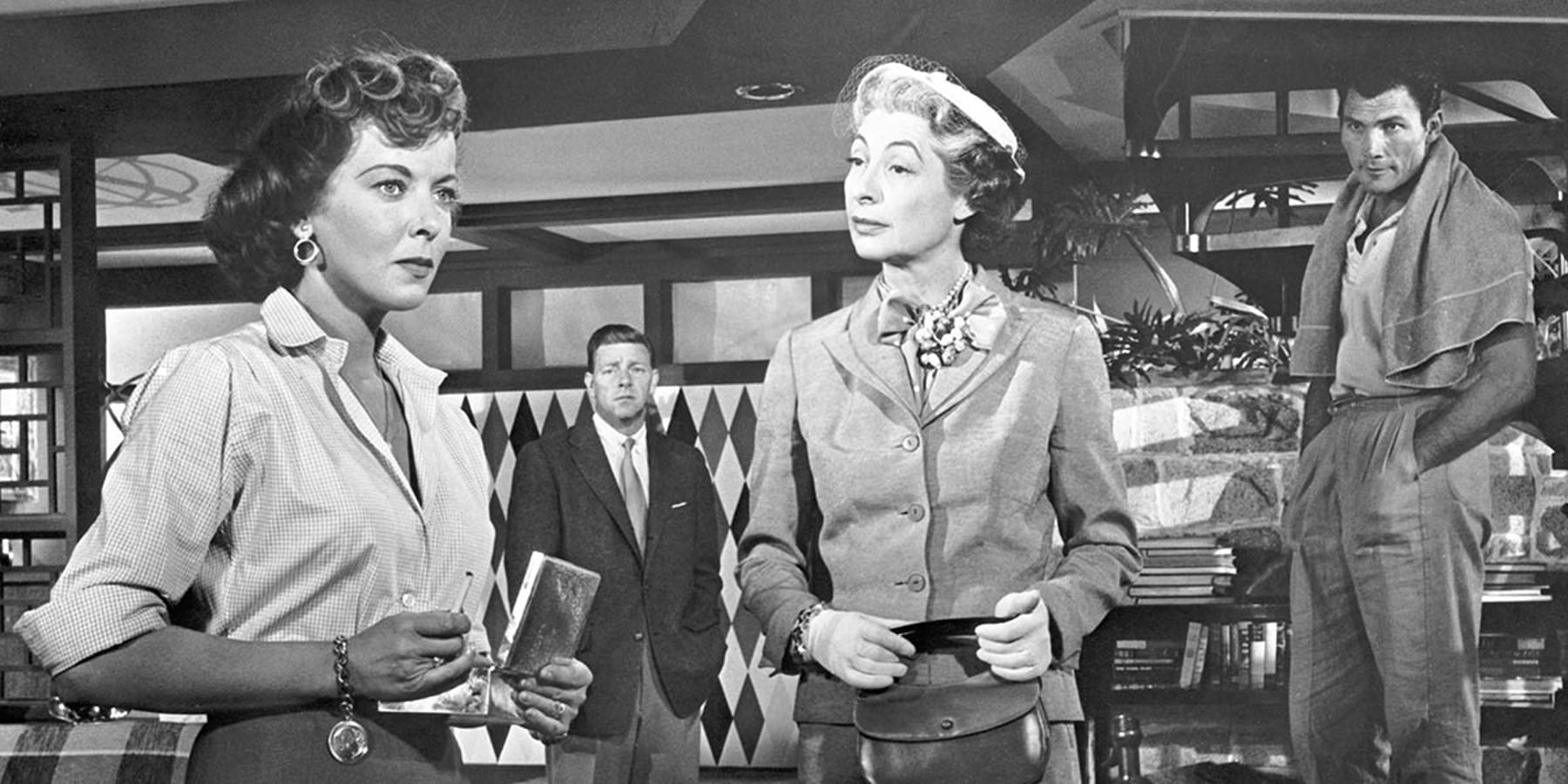 Legendary performer and filmmaker Ida Lupino could burn up the screen and cut a cad down to size with a well timed quip or passing glance. She also continually kicked down doors off screen, making her own opportunities and becoming one of the earliest and most prolific female filmmakers of all time. The importance, significance, and overall quality of Lupino’s career in front of and behind the camera can’t be understated or easily summed up in a single retrospective, but TIFF does justice to this pioneer with a late summer look back at a selection of her best known works in the screening series Ida Lupino: Independent Woman, running Friday, August 4 to Saturday, September 2 at TIFF Bell Lightbox.

Born into British acting royalty in 1918, Lupino dreamed of being a writer first and a performer second. When she initially began following in the footsteps of her mother and father, the classically trained Lupino toiled in thankless, “feminine” roles that were typical of the era. She would often play aloof dawdlers, prostitutes, femme fatales, and domineering wives, bouncing around the studio system and making enemies with studio executives (most notably Jack Warner) for being outspoken about her characters and work in an era where women were often told that they should be lucky to be working in the first place.

Partially out of frustration and somewhat out of boredom, Lupino transitioned into becoming a director in the late 1940s. Working with her second husband Collier Young, Lupino formed her own independent film production company and worked outside of the corporatized system as often as she could. A modernist and realist, Lupino would often shoot on location instead of sound stages and her stories would gravitate towards hard edged men and women who, like her, never wavered in their convictions, either rightfully or wrongly.

Lupino began acting professionally on the big screen in the early 1930s and made appearances in films and television productions until the late 1970s, so looking at her performing output alone would make for a lengthy retrospective. Similarly, although she stopped directing theatrical features in the mid-1960s (with her production company closing up shop long before that), her directorial career flourished on the small screen throughout the 1970s. With over 100 acting credits to her name and over 40 directorial credits (including many productions where she would perform dual duties), the TIFF retrospective of only 10 total features does seem a bit small, but it’s a well curated and selected line-up. From those ten, here are five films that give an excellent look at Lupino’s artistic temperament for those unfamiliar with one of cinema’s most historically underrated and influential talents. 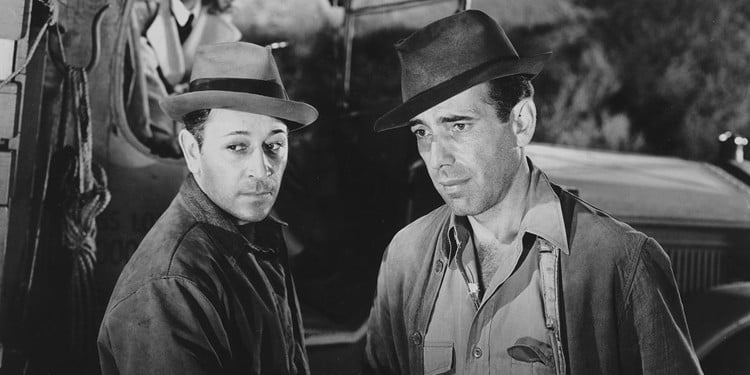 They Drive by Night

The oldest film screening as part of TIFF’s retrospective – made during Lupino’s tumultuous and contentious time under contract with Warner Brothers – finds the actress stealing the screen away from Humphrey Bogart and George Raft, who play a pair of long-haul trucker brothers trying to eke out a meager existence. Lupino, playing a woman who lusts after Raft’s more responsible brother, seems like a bit player at first, but quickly becomes the central figurehead that sets in motion a story of manipulation and betrayal that the early moments of director Raoul Walsh’s film barely hint at. Lupino’s performance towers over those turned in by her male counterparts, especially when Raoul reaches his courtroom based finale and the actress erases any doubt about who the real star of the picture was. Is it a great film? No, not really, and her other collaboration with Walsh and Bogart that same year – High Sierra (screening on Sunday, August 6th at 1:00 pm) – is tighter, artier, and more influential to Lupino’s directorial career to follow. But as an example of how Lupino’s work could turn an otherwise limp film completely on its ear, They Drive by Night is an indispensible watch. 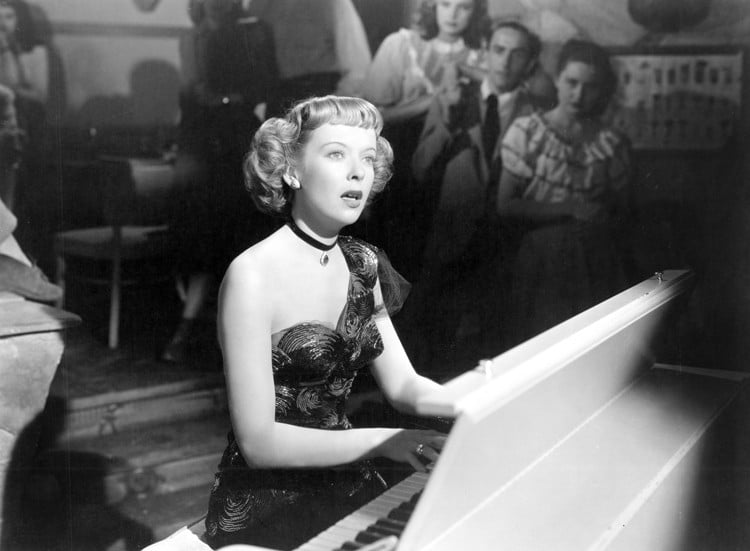 After garnering some notable reviews and notices for turns in Michael Curtiz’s The Sea Wolf, Vincent Sherman’s The Hard Way, the troubled Fritz Lang co-directed Moontide (screening on Sunday, August 13th at 3:30 with an intro from TIFF Cinematheque programmer Jesse Wente), and the films mentioned above, Lupino got the best role of her career. Although Lupino, both as an actor and director, was a capable staple of the cheap, profitable, and easily turned around film noir genre, no film benefits from her presence more than Romanian filmmaker Jean Negulesco’s best effort, Road House. Playing a tough-talking lounge singer who gets between a pair of club owning best friends (Richard Widmark and Cornel Wilde), Lupino’s performance is one of unapologetically intelligent femininity. It helps that Lupino was allowed by Fox to tinker with the script and give her character a bit more polish, and the result is her best performance as an actress in a quick paced, witty, and dogged motion picture worthy of her efforts. It’s a classic of the genre in every respect. 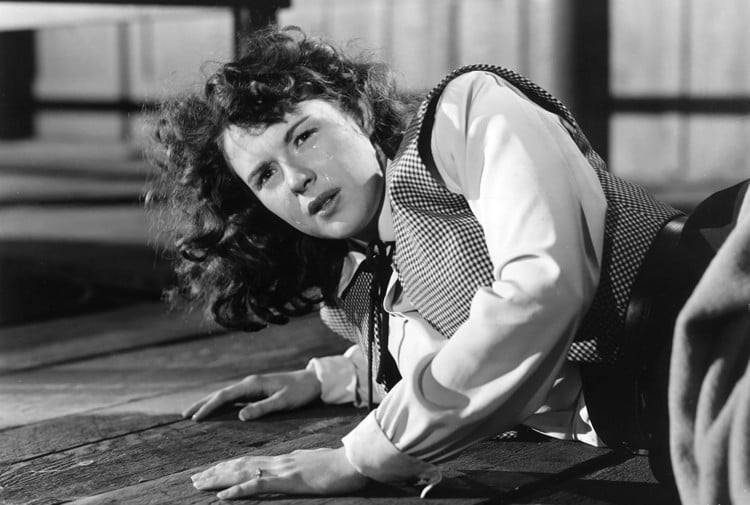 Although her first solo directorial effort, 1949’s Never Fear (screening on Wednesday, August 9th at 6:30 pm with an introduction from MoMA film curator Anne Morra), was a passable, inspirational, heartfelt, and personal performing arts melodrama, it was her second (technically third, possibly even fourth) feature that established Lupino as a filmmaking force. One of only two films to be made about rape and sexual assault following the implementation of the infamous Hays Code (which forbade the word “rape” to be uttered on screen), Lupino’s incendiary tale of a bookkeeper (a phenomenal Mala Powers) coping with PTSD and social stigmas in the wake of a horrific attack plays just as potently today as it did at the time of its release. Setting aside any sense of melodramatic or noir-ish trappings, Lupino’s Outrage is a masterful human drama made all the more potent by the same sexist restrictions that could have dulled its edge. It’s brief, purposefully uneasy, conflicted, and one of the best films ever made on the subject. It’s also disheartening to notice just how little has changed in terms of how victims of sexual assault are treated between Lupino’s time and modern day. This is handily her most important and unmissable directorial effort in addition to being a landmark achievement for cinema in general. 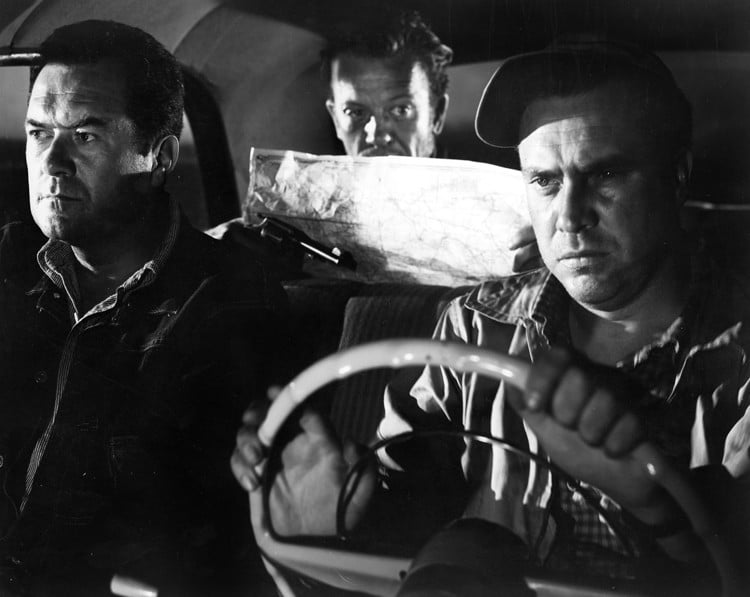 Based on the horrific true story of California mass murderer Billy Cook, Lupino and Young’s stripped down, brutish, and gleefully sadistic The Hitch-Hiker is one of the most underrated and indispensible thrillers of the 1950s. Made with an all male cast and ditching any sense of moral responsibility or social subtext that her previous directorial efforts might have touched upon, Lupino’s tale of two men (Frank Lovejoy and Edmond O’Brien) who have the misfortune of picking up a volatile hitchhiker (William Talman) bristles with tension, dread, and bleak imagery. Transplanting the modern noir from smoky rooms and shifty alleys to the barren, wide open desert, Lupino almost singlehandedly invented the “doomed road trip” picture with The Hitch-Hiker, and it’s just as eerie today as it was upon its release. Highly influential although rarely cited as an immediate reference point, there are many good reasons why The Hitch-Hiker was the first film by a female director to be selected by the American National Film Registry for preservation. (And, as an added bonus, the 35mm print being screened at Lightbox is directly from the collection of the Library of Congress, making this an ultra-rare occasion that genre fans can’t afford to miss.) 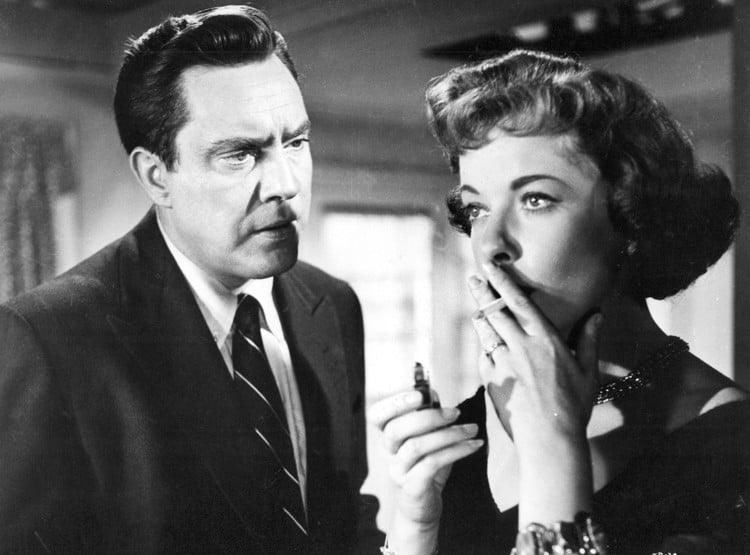 The last noteworthy feature directorial effort from Lupino (her second to last overall and thirteen years before her final feature, the Haley Mills comedy The Trouble with Angels), The Bigamist is a pitch-perfect high concept melodrama that allow the filmmaker to direct herself in a key leading role. Once again teaming with The Hitch-Hiker leading man Edmond O’Brien, Lupino casts him as a husband who can’t keep an illicit second marriage under wraps. Joan Fontaine has great material to work with as O’Brien’s perplexed, infertile, and heartbroken love, and Lupino steps into the role of “the other woman.” Unwilling to cast moral judgments against any of her characters, The Bigamist takes a potentially tasteless premise and turns it into something uniquely humane and complex. It was the last film that Lupino would make as a part of her indie film outfit, and it’s a real shame. Few filmmakers have ever been able to tackle material like this with the directorial and performative delicacy that Lupino could.