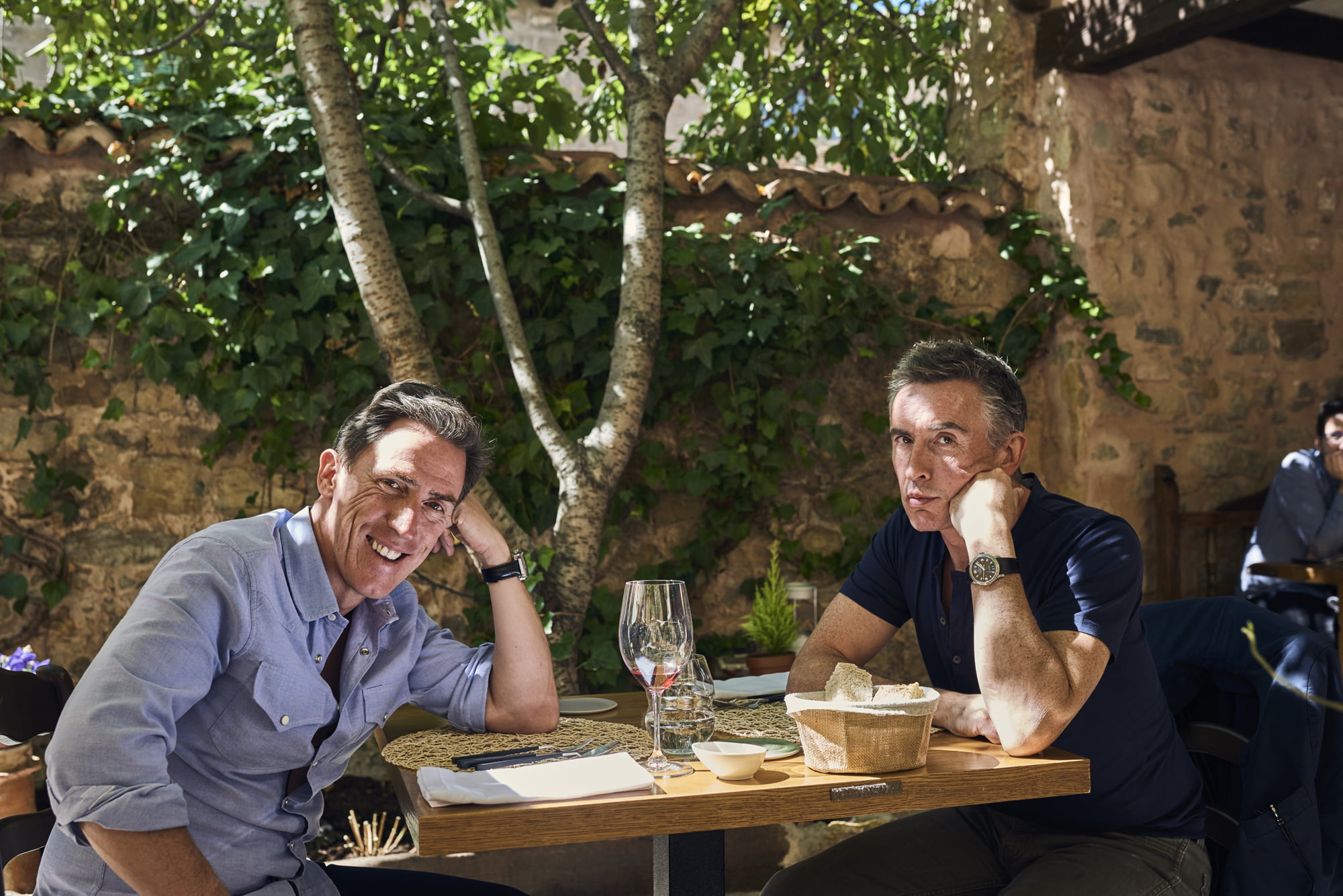 There’s not much to be said about The Trip to Spain – the latest freewheeling, improvisational, foodie collaboration between director Michael Winterbottom and actors Steve Coogan and Rob Brydon – that hasn’t been said twice before. It’s a relaxed sort of travelogue with a loosely constructed storyline unfolding between two highly competitive friends in the same profession. The food looks great, there’s a little bit of drama, they do plenty of impressions, and things work out more or less how one expects. Is The Trip to Spain a letdown or a rehash? That’s really dependent on how the viewer feels about the first two films in this television series turned unlikely theatrical franchise. If you liked The Trip and The Trip to Italy, you’ll probably like this helping of more of the same with a few new spices, but it’s also easy to see that this series is starting to thin.

Coogan and Brydon once again play riffs on their own personalities that blend fiction and reality. For a third time, they have been asked to take a road trip somewhere semi-unfamiliar to them and write about the sights, sounds, and most importantly tastes of Spain. Thanks to their new choice of destination, Coogan and Brydon are cast in a sort of forced Don Quixote/Sancho Panza light, something that only fuels recent screenwriting Oscar nominee Coogan’s ego and desire to pen his own travelogue masterwork in the style of Laurie Lee’s As I Walked Out One Midsummer Morning. But when Coogan’s agent seems to ditch the “already risen” star for greener pastures and his artistic pretensions are delicately criticized, an unspoken tension arises between Coogan and the generally better liked Brydon.

There’s an appropriately detached and intentional note of resignation that kicks off The Trip to Spain where Coogan and Brydon seem both excited for a chance to get paid for going on vacation and tired of doing the same thing for a third time. The prolific Winterbottom has always been adept and playful when it comes to blending fiction with reality, but even the filmmaker seems to understand that there’s not much any of them can do at this point beyond offering up more of the same. But whereas The Trip to Italy took some daring chances with the previously established formula for the sake of creating dramatic stakes, The Trip to Spain strikes as a slight retreat to more familiar and crowd pleasing territory.

While the revelation that Coogan has an adult son that he was previously oblivious to is retained from The Trip to Italy, this latest installment doesn’t make a huge deal out of that until the final third, preferring instead to focus on Steve’s bruised ego. Anything that arose with the likable Brydon in the previous installments is all but abandoned and forgotten about here in favour of re-establishing the actor as the more genial, milquetoast, and humane of the duo. The groove settled into is a familiar one: the men wrestle with potential post-middle aged obsolescence via pointed verbal jabs and competing celebrity impressions of Michael Caine, Al Pacino, John Hurt, Mick Jagger, and a host of others. They travel on the road, they dine, they spar, they go to bed in separate rooms where they once again reconnect to the responsibilities of the outside world, lather, rinse, repeat. 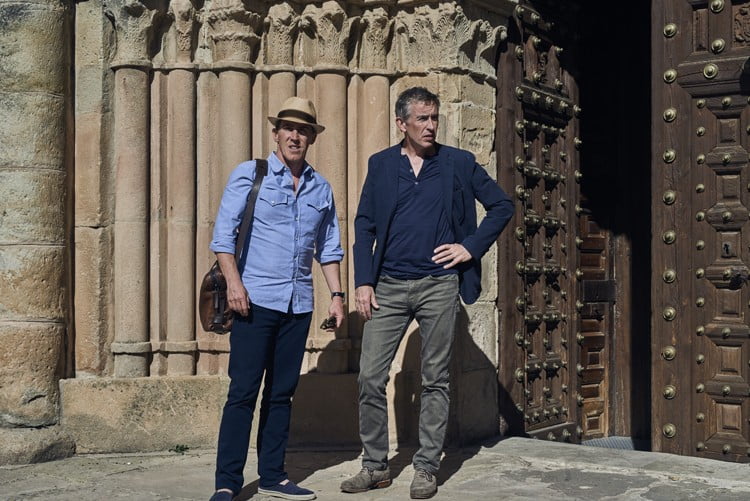 Coogan and Brydon remain good sports when it comes to poking fun at themselves and their perceived images. The timing between the pair remains as sharp as ever, and even when scenes feel like they’re going on longer than they should, Coogan and Brydon always find ways to make it watchable. Winterbottom’s approach to The Trip series has always been an indulgent one where privilege gives way to both gratitude and insolence in equal measure. While Coogan and Brydon are always “on their game” even when there supposedly aren’t cameras around, it always feels like they’re doing this for themselves and never for the benefit of an audience. It’s entertaining, but relaxed. If it ever feels forced, it’s because Coogan, Brydon, and WInterbottom are deliberately making it feel forced to prove a comedic or dramatic point. In terms of overall ambition, The Trip to Spain might be the least of the trilogy and the entry that suffers most from being cut down from a six part television series into a two hour film, but for those familiar with the stars and format, it still offers some big laughs.

It’s just a shame that The Trip to Spain doesn’t end fifteen minutes before it ultimately does. Winterbottom waits until the last moments to escalate the largely improvised narrative’s dramatic tension to a breaking point, but by then everything already seems more or less resolved. Coogan does what he can to sell his character’s mounting existential crisis and malaise, but it leads to a final parting shot that leaves a sour taste in the palate. The Trip to Spain ends in a spot where it’s suggested that the series might have run its course, but while it functions on a base level as a telegraphed, metatextual callback to some of Coogan’s best known work, it’s also uneasy and problematic. I don’t want to spoil it, but I’ll just say that if not for the final few minutes of The Trip to Spain, this would probably warrant a full star rating higher than it gets. The first 100 minutes are more of the same, but just as fun. The last 15 minutes are misguided.

Check out the trailer for The Trip to Spain: