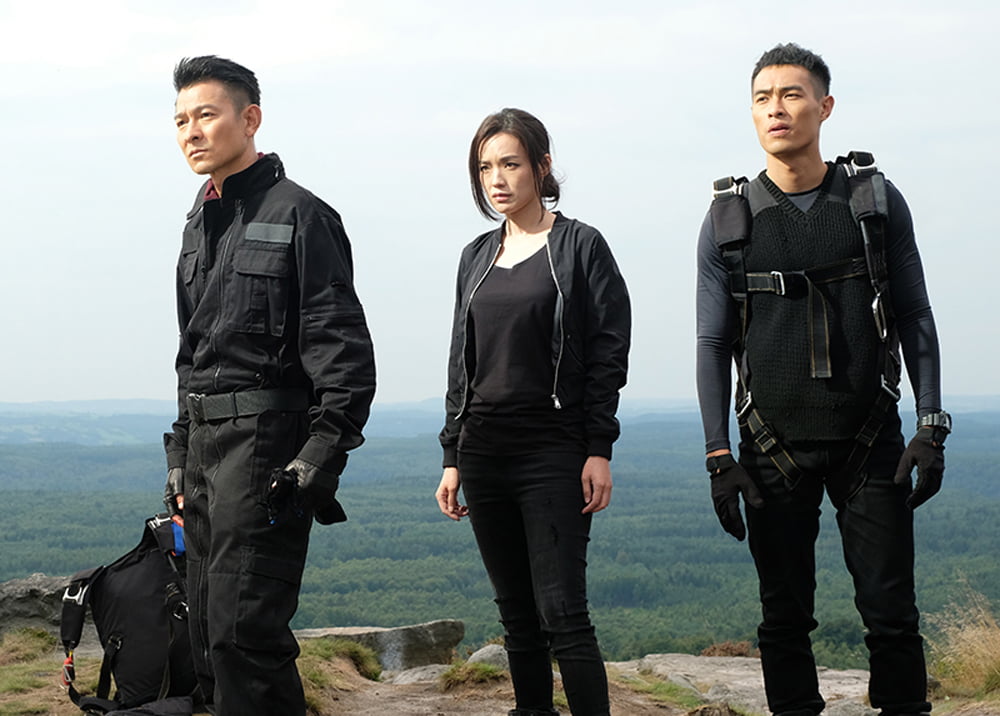 Silly, but swaggering, Stephen Fung’s globetrotting, Chinese produced heist picture The Adventurers centers on one of those kinds of criminal organizations that only exist in movies. The crew pulling off daring feats of thievery in The Adventurers has so many technologically implausible gadgets, getaway vehicles (including a helicopter), disguises, and tailor made suits that they can’t possibly be earning more from their fenced jewelry and artworks than they’re spending on making their pursuits look as cool as possible. These guys are like the Impossible Mission Force of thieves, which makes seeing them as vulnerable a bit of a stretch, but does allow for some decent action, style, and theatricality.

A loose remake of John Woo’s 1991 thriller Once a Thief, The Adventurers opens with master criminal Dan Zhang (Andy Lau) getting released from a French prison after five years. Immediately, Zhang reconnects with his protégée (Tony Yo-ning Yang) and a tough new female accomplice (Qi Shu) to complete the job that sent him away and suss out the rat who set them up. Zhang’s goal is to steal the three elements that comprise an allegedly cursed, but priceless artifact. The last remaining pieces are in France and the Czech Republic. While Zhang still knows his way around a heist, the French cop who put him away (Jean Reno) is in hot pursuit with the help of the thief’s former fiancée (Jingchu Zhang), a high end insurance agent who feels her trust was betrayed by her former lover.

Actor turned director Fung (Tai Chi Zero) and his team of screenwriters emphasize style, cool, and established genre tropes over any original substance, which is fine if all the viewer wants is a vapid piece of barely coherent escapism that doesn’t take itself too seriously. Lau can play this kind of cocksure antihero in his sleep, but he gives it his full attention here. The same can’t be said for Reno, inexplicably speaking in his worsening broken English instead of his native French and despite half of the film being set in France and all of it bearing subtitles even when characters are speaking English. The doughy Reno looks centuries away from the fighting weight of his heyday, and the actor appears annoyed and disinterested with capturing Zhang instead of passionate. Fung’s attempts to add a Point Break styled layer of subtextual homoeroticism between the leads goes nowhere, though, and mostly because Lau could clearly run, jump, and act circles around his pursuer. 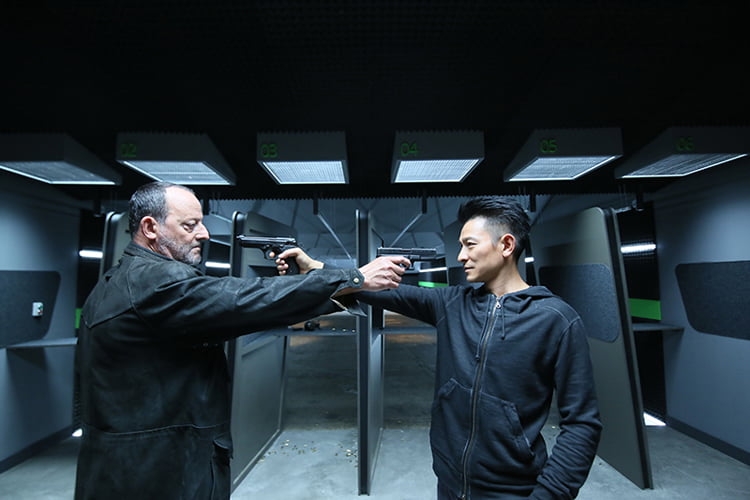 This sense of unevenness pervades throughout the rest of The Adventurers, but the fun isn’t always dampened. The ludicrous nature of the team’s heists elicit a few chuckles and giggles of disbelief, but Fung handles them well and the actors, particularly the scene stealing Qi Shu, sell it all with a smile. The action sequences aren’t bombastic and they’re considerably less accomplished that Woo’s take on similar material, but they’re certainly elaborate. The villains are suitably hateable, especially a risible Yi Sha as an arrogant winery owner. While some elements are goofy (like the childlike use of robotic spiders that can seemingly do anything the plot asks of them), Fung keeps things moving briskly enough so the audience doesn’t ask too many hard hitting questions. American cinematographer Shane Hurlbut puts a nice icing on an otherwise forgettable, but digestible cake with stunning visuals most Chinese funded blockbusters can’t match.

When the double crosses start piling up and the cop and robber are brought closer together through mutual respect, none of it is particularly surprising. The Adventurers goes largely in one ear and out the other, but it does deliver a few good laughs and gasps along the way. In short, it’s pretty much like most American studio blockbusters, and clearly that’s the point with this one.

The Adventurers opens at Cineplex Cinemas Markham in Markham, Ontario and at SiverCity Riverport in Vancouver on Friday, August 18, 2017.

Check out the trailer for The Adventurers: